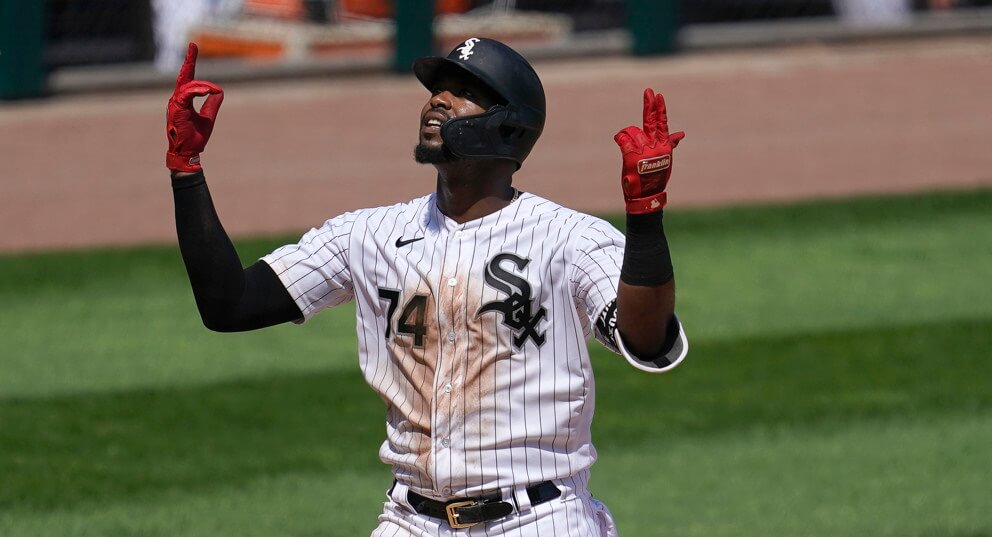 Evaluating players for Fantasy Baseball from the shortened 2020 season has been quite the challenge. There are a variety of approaches to take with how much weight to 2020. There is no right answer or approach to take. When trying to figure out the best way to rank and evaluate players, I have taken many different approaches. One of those approaches is looking at hitters last 162 games.

While it may not be the best method to evaluate hitters for next season, I think it can be useful to look at. It gives you an idea of how a player performed in the shortened 2020 season and a majority of 2019. While it is pretty rare a player plays a full 162 games in a season, I think it can give you a good idea of what a player can do before projecting games played.

Last week we highlighted several hitters who have impressive 162 game samples. The players range across the board from top-flight players to later-round targets. Today, we will dive into five more players who have been extremely impressive over their last 162 games. I hope this will help you find some targets for 2021 Fantasy Baseball drafts.

Eloy Jiménez made his debut with the White Sox to begin the 2019 season after they bought out their team control, giving him a six-year, 43 million dollar contract. Eloy’s last 162 games span all the way back to April 16, 2019, but Eloy has consistently improved in his time with the White Sox.

Since August 1, 2019, Jiménez has slashed .302/.337/.567 with 28 home runs and 81 RBI over 427 plate appearances. Yes, his low walk rate and on-base percentage are concerning, but Eloy will only be 24 years old next season and is still coming into his own. He has already shown plenty of growth in his short time in the Major League and should continue to get back to his high OBP ways we saw in the MILB. 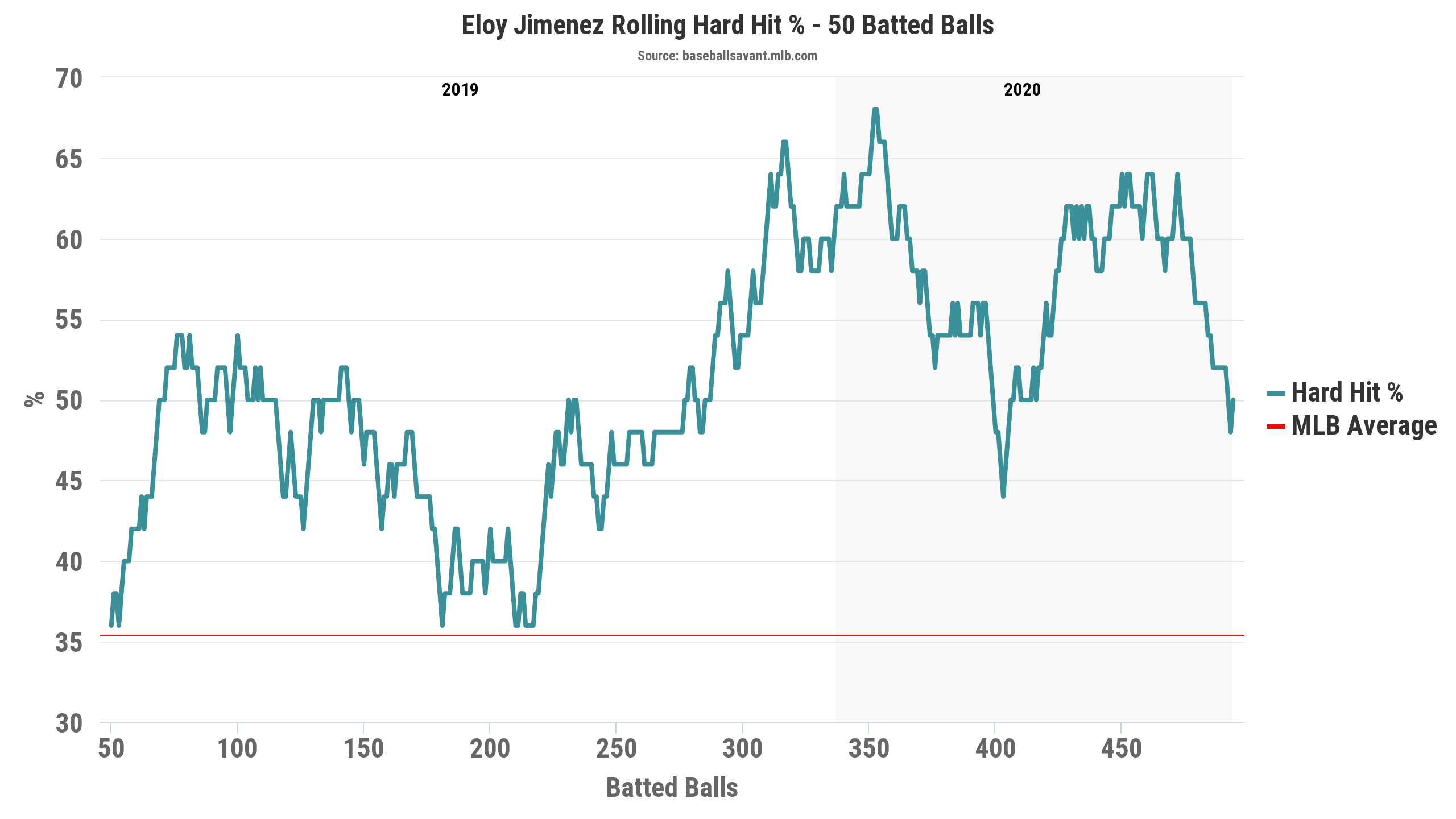 Based on his last 162 game sample, continued improvements, and standout statcast data, Eloy looks to be a great value in Fantasy Baseball drafts in 2021. His early ADP in the #2EarlyMocks was 43.7, with a high pick of 31 and a low pick of 56. I will be thrilled to draft Jiménez between pick 40 and 45. He is an elite four-category producer, and I expect big things in 2021.

Eddie Rosario is a player who is perennially undervalued but is consistently good for standard 5×5 leagues. He obviously loses some value in OBP leagues for his low walk rates, but he is still a great asset for leagues that count batting average. Yes, that number was down in 2020, but his walk rate also spiked to a career-high 8.2 percent. I am willing to give Rosario a pass on his .257 batting average in 2020 because the underlying swing rate and contact numbers actually improved.

Rosario has been consistently good for most of his career and hits in the heart of a good Twins lineup. I expect his batting average to trend closer to the .275-.280 range with 30 home runs and solid counting stats. Around pick 100, I love the value on Eddie Rosario in 2021 Fantasy Baseball drafts.

Michael Conforto quietly had an elite 2020 season slashing .322/.412/.515 with 9 home runs in 223 plate appearances. Yes, his high batting average was fueled by an unsustainable .412 batting average, but there is no denying Conforto had a great season. 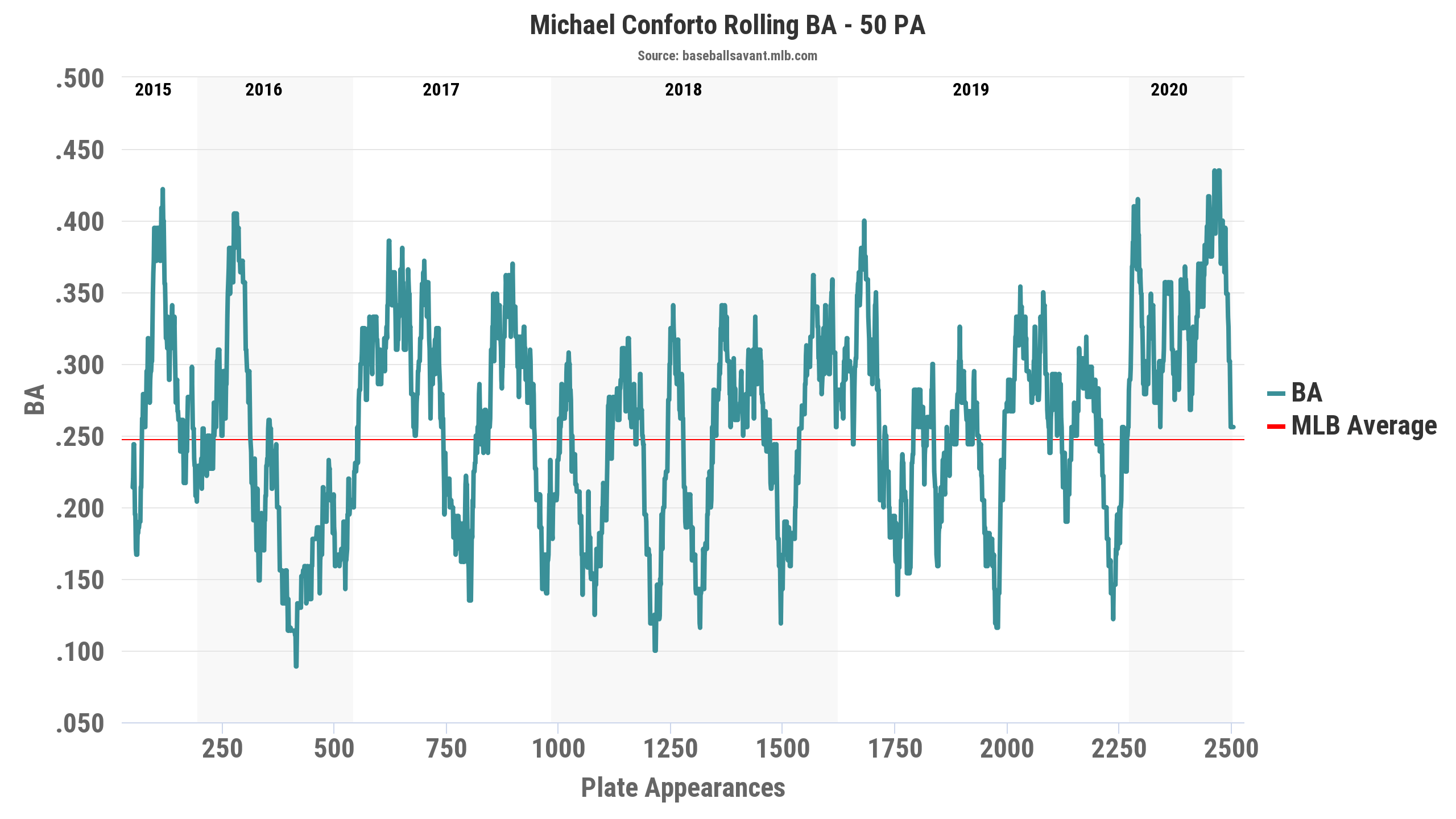 I fully expect a good Mets lineup to get even better in 2021, as they look to spend some money with new owner Steve Cohen at the helm. The fact that Conforto produced 103 runs and 102 RBI over his last 162 games tells me those numbers could be even higher in 2021 with an improved lineup. Chip in a few steals, and you have the makings of a great asset for Fantasy Baseball.

Are people still doubting Urshela’s hitting ability after his consistent production? Maybe it is his lack of games played, But there is no denying that Urshela has been extremely good looking at his last 162 games played. Early ADP indicates that people are still not fully buying in as he is being selected at an average pick of 163.

If we could guarantee at least 145 games from Urshela in 2021, I will fully buy-in at that price. The Yankees tend to do well with project hitters who struggled before coming to the Bronx. Just take a look at Luke Voit.

But, let’s get back to Gio Urshela. Posting a .312 batting average over his last 162 games is nothing short of impressive. You know you are going to great counting stats from being in a good lineup. At his price, I will gladly take Urshela as my corner infielder or even third basemen if I miss on early targets.

This name might surprise you to see on this list. Pollock’s 2015 season teased all Fantasy owners into believing he would be an elite five-category producer. Injuries have plagued him, and Pollock has fallen off most Fantasy players radars.

We knew Pollock had a great 2020 season as he played 55 games with the Dodgers, hitting 16 home runs and slashing .276/.314/.566. With his large contract with the Dodgers, you have to imagine they run him out there as often as possible. If he can stay healthy, it looks like he can produce at a high level. The stolen bases are likely not to be there, but it looks like the power could be there to hit 25 home runs in 2021. 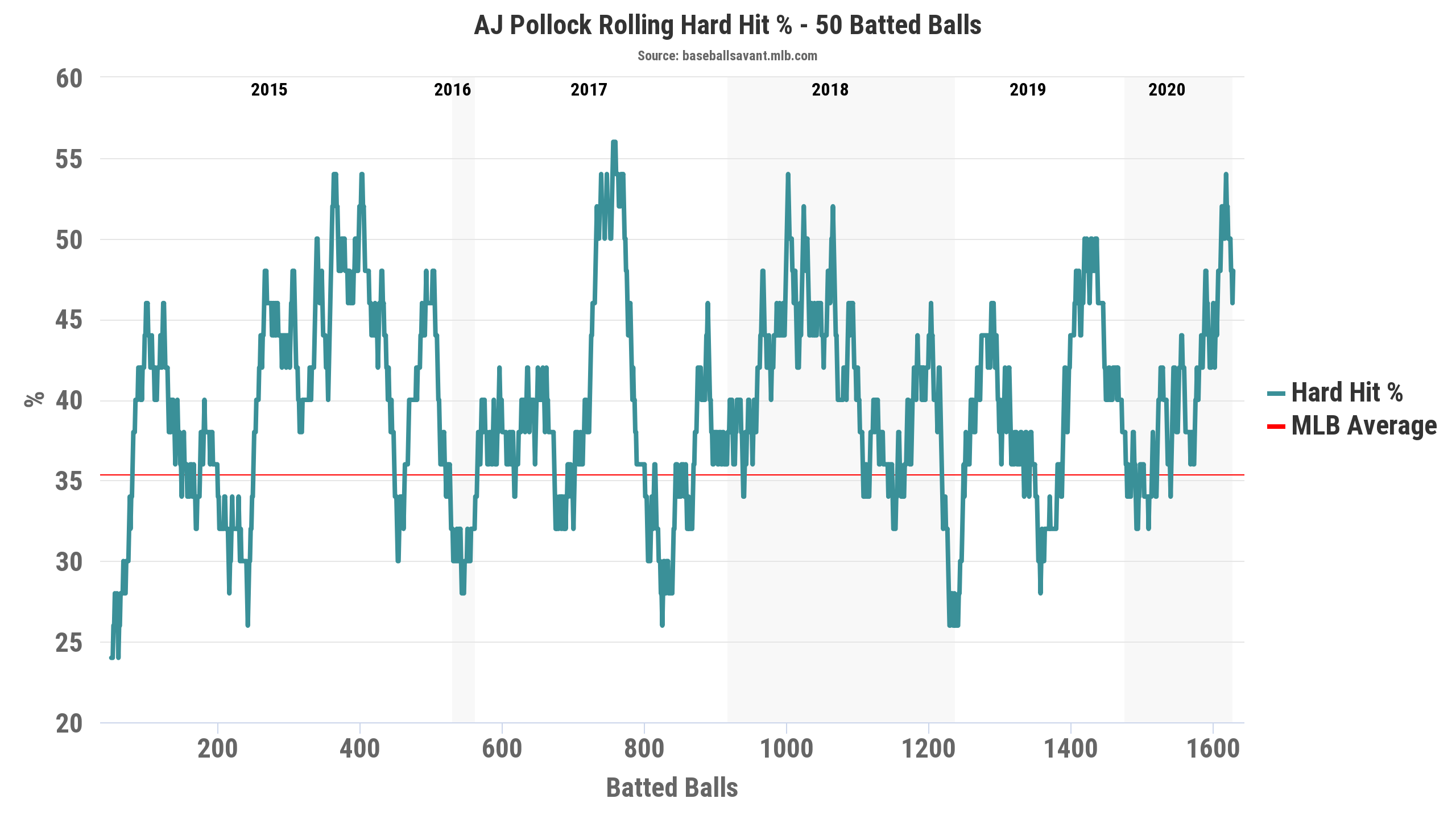 We are dropping new Fantasy Baseball content every day at FantraxHQ. What are you waiting for? Head on over and get a leg up on your league.