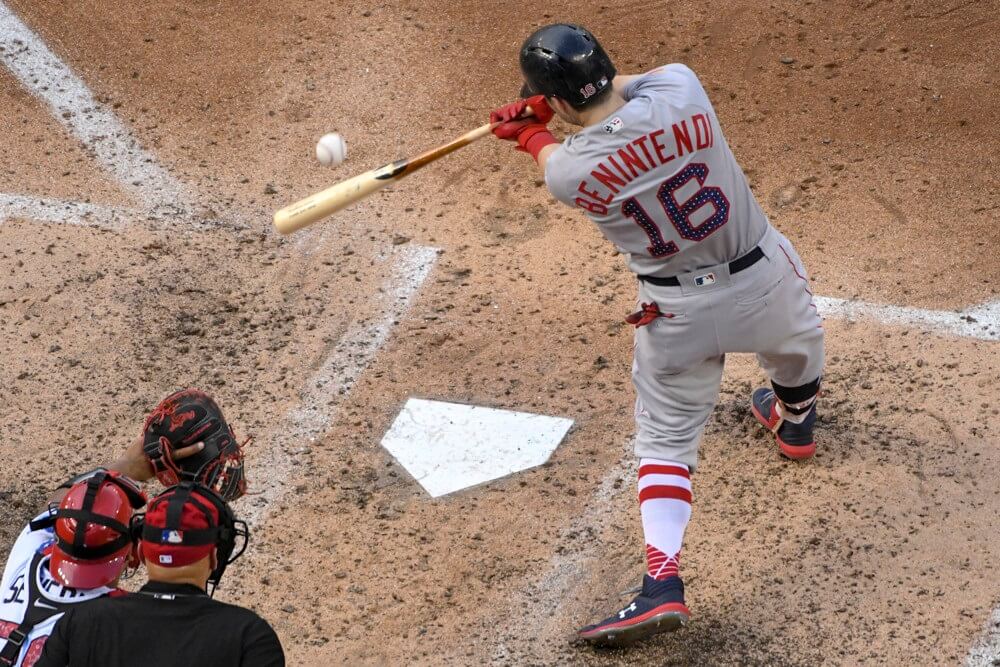 Fantasy Baseball has come a long way. There was a time when most leagues had one or two smart owners that dominated the standings year after year. In my experience, things have changed quite a bit for most leagues. The abundance of information and resources for fantasy baseball has evened the playing field quite a bit. No matter how smart the average fantasy player is getting, though, one thing remains true. Many fantasy baseball players are still way too quick to give up on proven players.

Probably 90 percent of fantasy baseball talk at this point in the season revolves around sitting or dropping this cold player for that hot player. To be fair, there are plenty of situations that merit consideration, but overreacting to the struggles of a star hitter with a solid track record is where many a fantasy baseball season has gotten off track.

Maybe the part about this that bugs me the most is that I see more and more people in the industry buying into this short-term mindset. Maybe it’s the rise of DFS or the abundance of StatCast data that gives us the false impression that we really know what’s going 20 games into the season, but I’m seeing more industry experts making the recommendation to sit proven hitters because of early struggles. It goes against everything I believe to be true about the game of fantasy baseball.

One such example exists right here on FantraxHQ. Every week our very own Chris Mitchell looks at recent trends and provides his start/sit recommendations for the coming week. Normally I don’t like to criticize specific fantasy advice, because none of us know the future and all kinds of crazy things happen in the game of baseball. Chris always has some off the wall ideas and he’s not afraid to go against standard thinking. I disagree with many of the things he writes, but he always forces me to look at each situation from a different perspective. This time he’s gone too far (dramatic pause for effect)…

In his last article, he recommended sitting Anthony Rizzo, Andrew Benintendi, and Carlos Correa because of their early struggles. As managing editor, I have to make some tough decisions and I almost didn’t publish this piece. Chris and I had a lengthy email thread about why I thought it was terrible advice. Chris stood by his assertions and was honestly a bit perplexed that I found it so controversial. In the end, I respected Chris’ track record in the industry and published the piece… I also told him I would probably write an article about why this early overreaction usually leads to a lost season. Here it is. Chris has his big boy pants on, so I’m sure he’ll make it through my criticisms.

I probably shouldn’t use the word never. My wife always calls me out on this. There may be situations involving extreme scheduling irregularities or injury problems that may call for the temporary sitting of a star hitter. A slump 20 games into the season is NEVER one of those reasons. Take that lawyer wannabe wife.

Anywho, here’s why you stick with proven hitters even when they suck it up early in the season.

At the time Chris wrote his article most of the hitters had between 60 and 70 at-bats in the season. That’s about 20 games worth of PT. Twenty games is nothing. If these 20 games happened in the middle of the season nobody would be sitting any of these hitters. It’s just magnified when their full-season numbers look so ugly. Don’t believe me? Check out these stats from June of 2018. I sorted the qualified hitters by batting average from low to high and you see some pretty bad players in there with some pretty damn good players. Did you sit guys like Starling Marte and Tommy Pham? I hope not, because they had very solid second halves and you may have missed out on a few of their best weeks.

Anybody who has really studied baseball statistics knows that most metrics aren’t very reliable until you start talking hundreds of at-bats. Seventy at-bats? Unless you know of extenuating circumstances, that’s just meaningless noise.

2. This 20 games tells us almost nothing about the next 20 games.

We already discussed the meaningless sample size, but sometimes people buy way too much into hot and cold stretches. Sure, there are times a hitter sees the ball better than others, but way more often it’s just the result of a hitter facing several ace pitchers in a short time span, or maybe hitting the ball right at fielders. Maybe the wind was blowing in at Wrigley. Over such a short span it doesn’t take much to affect a player’s stat line for the better or worse. What happens during that small sample has almost zero predictive application.

3. By sitting a proven player after a dry spell you ensure you miss out on the positive regression that is very likely to come.

Chris mentioned that he had actually been sitting Benintendi over the last few weeks. I have to imagine he’s in the extreme minority. Most owners have suffered through the slow starts for Rizzo, Benintendi, and Correa. So maybe it’s time to minimize the damage and sit them until they come around? Nope. Here’s what happens way too often when you do that.

First of all, can we agree that there’s really no reason to expect Rizzo or Benintendi to put up seasons much worse than they did in 2018? Sure it’s possible, but it’s not something we were thinking just 20 days ago. So if we agree that their seasons will be similar to 2018, then you’ve just guaranteed that you rostered what is likely the worst stretch of their seasons. But even worse news is that if you sit them now, you’re going to miss out on much of the positive regression that is almost certain to happen. Your impatience is taking a Top four or five round hitter and minimizing their value. That’s not good.

4. You probably don’t have a comparable player to slot in.

I guess there are some eight-team leagues with only three outfield slots where you might have better alternatives than Benintendi. Rizzo? How shallow does a league have to be to sit what was largely considered to be a top-5 first baseman heading into the season? I just can’t see it. Sitting Correa is a little bit easier for me to digest. He was bad and injury prone last year and he hasn’t looked any better early this season. In that Houston lineup, it would have to be a pretty shallow league with no middle infield or utility slots before I’m seeing many better alternatives. I guess the big point is that you drafted these players as integral parts of your fantasy baseball team for a reason. A couple of weeks of stats haven’t changed them.

5. Baseball is a game of odds. In season-long leagues, you always play them.

Baseball is and always will be a game of odds. Over time players will generally play up to or down to the numbers on the back of their baseball cards. Sure players will have career-worst seasons, but when you try and predict when the good and bad numbers will come you usually end up looking like Nostradumbass. It’s hard enough projecting players over a full season and you think you know what’s going to happen over a one or two-week span? Get real.

Maybe these knee jerk reactions bug me because it seems like way too many people are trying to turn fantasy baseball into fantasy football. I love and play both games, but for very different reasons. I love the week to week battles of fantasy football. It’s easier to use matchups and gain an advantage over your opponents. Try and rely too much on matchups in fantasy baseball and you’re just outsmarting yourself. Quit thinking meat, you’re hurting the team. Proven hitters have earned your trust. Turning away from them this early in the season minimizes their value and usually ends up meaning trouble for your team.