The King’s Fantasy Baseball One-Man Mock Draft: The First Round, The Right Way 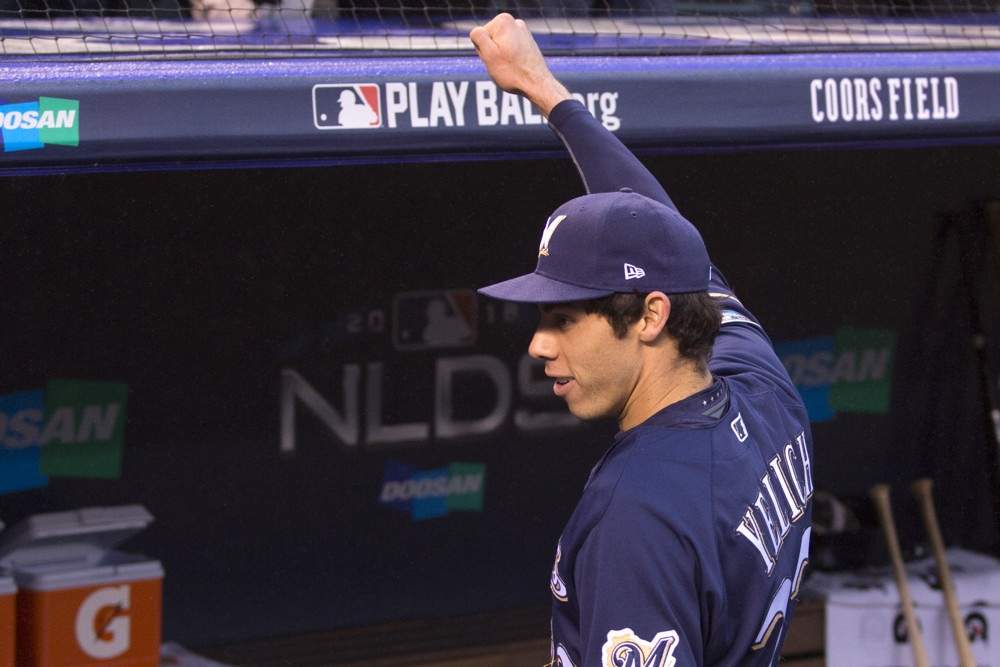 There are 15 seats in the draft room. But just one of me. So I will have to sit in every seat in a 5×5 Rotisserie style draft and make the picks for every team in the first round. It’s not because I am lonely, lack friends or told everyone the wrong time to show up. I intended to do this one-man mock draft, a very popular fantasy analyst exercise over the past two decades-plus. It tells you exactly where I value the overall top players, and what I would ideally do at every slot in the draft. The one issue might be trying to play musical chairs by myself after the draft. I need to think of more creative ways to have fun, or just get out of the house more.

The King’s 2019 One-Man Mock Draft: The First Round

Pick One: I’d like to veer off the chalk and take Mookie Betts here, and justify it by noting that Mike Trout seems to be a minor injury concern and he does not drive in enough runs. But I would be really nitpicking to dodge the obvious best player in fantasy. He actually may have a bit more upside than we saw last year. So Mike Trout is the pick here without much wavering.

Pick Two: Betts could be justifiable as the No. 1 selection mock draft or not, but I would expect an overall small dip in his production after an absolutely amazing 2018 campaign. He will give you more runs scored than Trout. I do expect a batting average closer to .300 but he will approach 30/30 again and to get that return of the .300 batting average with the amount of homers, steals and runs scored makes Mookie Betts the surefire No. 2 selection. Red Sox fans used to hate the name Mookie but now they love it.

Pick Three: The narrative on Jose Ramirez is that it all came together for him offensively last season. That was surely the case in terms of the counting numbers, where he could maintain being one of the best players across the board this season, But his batting average fell to .270 and he does not have the track record of the first two guys off the board in terms of annual excellence yet. A .252 BABIP, however, could be a significant reason for his BA downfall and a correction could make him worthy of arguably a No. 1 selection this time next year. Take Jose Ramirez at No. 3 and you could really be getting a No. 1 overall guy.

Pick Four: Although Nolan Arenado’s RBI totals slid slightly last year, and he does not steal bases, you do not get safer higher level production after the top two guys are off the board. The Manny Machado contract could have made it harder for the Rockies to keep him in Colorado after this season, and knowing he may be playing for a rewarding payday could only possibly add to the list of reasons to take Nolan Arenado here.

Pick Five: Working at DH can only ensure that J.D. Martinez will be less of an injury risk than in the past, and he seems to be a lock for close to 40 homers and 100-plus RBI and runs scored. A .375 BABIP in 2018 likely means he will not hit .330 again, but you can still expect a BA around .300. I can’t really find any reasons not to take J.D. Martinez here, even with an expected batting average “fall”.

Pick Six: When I think of pick six and Washington in the same sentence, I usually see a Redskins quarterback pop into my mind. But in Fantasy Baseball, it’s Trea Turner I’m thinking about. Last year he officially entered his prime, and with the lure of possibly 20 homers and 40 steals at just 25 years old, it seems safe to say that he should stay on or near last year’s statistical pace. Have some fun watching Trea Turner roll up the exciting numbers from this draft slot.

Pick Seven: The numbers Ronald Acuna Jr. posted in 433 at-bats last year drew “oohs” and “aahs” from the fantasy baseball community. In his first full season in the majors, there are bound to be slumps as opponents watch more video and the updated scouting reports delivered will force him to make some adjustments. But you are still looking at a kid with upside and 30-30 production with some high RBI production thrown in. I’ll expect the BA to slip, but only to about the .280 range. The promise is too tantalizing to pass on Ronald Acuna Jr. here.

Pick Eight: Some daring types are actually taking Jacob deGrom over Max Scherzer in a few early drafts I have seen. If I want  “Too Cute” I will watch Animal Planet. Otherwise, I will take Scherzer to mostly deliver the same type of numbers consistently that deGrom arrived at for the first time last year. You may submit deGrom is younger, but I do not see any real signs of a falloff from Max Scherzer and he is more proven in the rarified air that he always inhabits every season.

Pick Nine: Much has been made about Christian Yelich’s too-pretty HR/FB and BABIP numbers from last season, but even with expected regression, you will still love the across the board production. Leaving Miami had to be part of his surge, as he never really seemed to thrilled to be there. Many baseball people I spoke to praised Yelich as a future batting champ during his Marlins days, and as simply one of the best pure hitters in the game. I would not lower expectations enough to not make him a first-rounder. Christian Yelich has indeed arrived as a Top 10 Fantasy player.

Pick 10: Something of a dip from a Cy Young year should be expected, but at this point, there is no better pick for me than deGrom. The Mets have bolstered the lineup to support him and the ERA and WHIP numbers are going to be stellar again. The contract talk in the media would seem to be a distraction, but having covered deGrom for all of his career, he does a great job of tuning out any outside noise and excelling. No one “clears the mechanism” like Jacob deGrom, your pick here, ahead of his Fantrax ADP of 13. I really want that ace starter here, one of the “Big Three” of Scherzer, deGrom and Chris Sale.

Pick 11: There are some valid reservations among some fantasy analysts about Alex Bregman as he continues to work his way back from arthroscopic elbow surgery. Working on a rehab trail during the offseason could often translate into some first-half struggles. But Bregman should play enough in Spring Training to get into a groove and the numbers should only be slightly down from last year overall. I will still be comfortable with Alex Bregman at this slot.

Pick 12: There is some minor Fantasy anxiety about Manny Machado not being at Camden Yards for the first full season of his career in 2019, as his run production slipped after he left Baltimore last year. Plus, he will be working in a more of a pitcher’s park in San Diego and the lineup is still evolving around him. But there simply is not a better SS in the fantasy business than Manny Machado, and you are still going to get a sizable return for your investment here.

Pick 13:  I am expecting to see a healthy Aaron Judge this year, and he is rare talent that could deliver such massive production that I might regret not taking him a few spots earlier. He does strike out a lot, but still compensates enough to hit .270 or so and the power numbers will obviously be outstanding.

Pick 14: The health issues from last season are an obvious nagging problem in the back of your mind when you pick him, but the dominance that Chris Sale is capable of when he is available demands that you don’t let him slip past this point.

Pick 15: Spending his offseason recovering from knee surgery is another red flag for Jose Altuve, but I cannot let him fall any further than this. He should not be as disappointing as he was last year, but the power may not come back quite enough to put him back where he used to live in the first round.