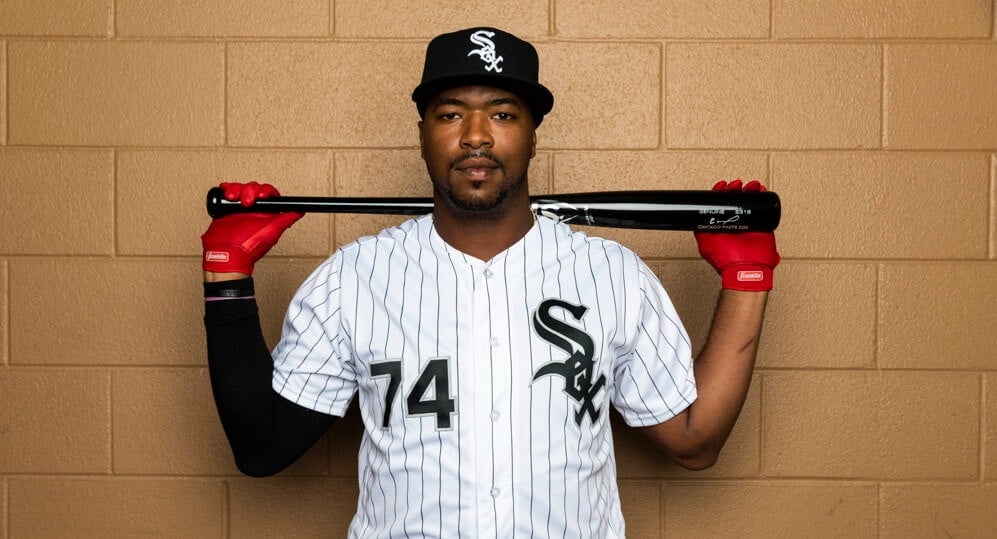 It’s the final week of the season and the last edition of the hitting planner for 2019. Most head-to-head leagues are wrapping up or in the championship round while Roto leagues are reaching the finish line to the season-long marathon. If you’re still here with me for this planner, congratulations on a successful fantasy season. Once more, we take a look at each team’s match-ups, total games, and venues to rank the offenses or the week along with some quick notes on what stands out.

As we’ve done the last few weeks, we’ve combined all the divisions into one big table. After all, we don’t draft our teams by division. The breakdown on all the lineups is still by division and you’ll find that below the hitting planner table.

The Baltimore Orioles have six games on the week. All six games come against right-handed pitchers. Trey Mancini has had an excellent last two weeks hitting .370 with five home runs. Mancini benefits from the righty heavy schedule with a .289 average and 22 home runs against them.

The Red Sox finish the year off right with the Orioles and Rangers on the schedule. Both teams have ranked among the worst pitching staffs in September. J.D. Martinez has had a rough month hitting .129 with one home run but look for him to finish off strong with five left-handed starters on the schedule. Martinez is hitting .397 against lefties on the year.

The Yankees are one of three teams with only five games on the week with two against the Rays and three against the Rangers, all on the road. Brett Gardner has been on a tear with a .309 average in September to go with six home runs. Giancarlo Stanton made his return to the Yankees lineup. Stanton has been eased into action, playing limited innings in the field. If you’ve held Stanton for this long and debating playing him, it’s now or never.

The Rays get six games on the week. Austin Meadows has had a great final month of the season hitting .333 with five home runs and two steals. Meadows, Willy Adames, and Tommy Pham are the only players in the Rays lineup that you can trust to play every day.

Cavan Biggio has feasted on pitchers this month with a .432 average, three home runs, and three steals in the last couple weeks. The Blue Jays get the Orioles and Rays at home for three games each to end the season. The Orioles have been among the worst teams in pitching all year long. Hitting second in the lineup, expect Biggio to keep things up.

The White Sox are one of five teams with a full seven games on the schedule, not including two teams with eight games. Chicago gets the tough Cleveland rotation to start the week before ending the season with four games against the Tigers. Detroit has had one of the worst pitching staffs all year. Their 5.68 ERA in September ranks third-worst in baseball during the month. Eloy Jimenez is rewarding owners who held on with a .340 average and five home runs over the last two weeks including a grand slam Friday.

The White Sox have had the fourth-worst team ERA in September. The Cleveland Indians will have a three-game series to start the week against that pitching staff. The Indians will travel to Washington for a series against the Nationals to end the season. With no designated hitter position in the NL park, expect Franmil Reyes to sit out the final three games of the season. Oscar Mercado has hit .353 with two home runs and a steal in September.

The Tigers get seven games on the schedule with a four-game series against the White Sox. Christin Stewart should be expected to play five of the seven gams against righties. Stewart has flashed his power in September with a team-high four home runs.

I wouldn’t expect too much from the Royals this week as they have only five games. Two of those games will come against pitchers Mike Soroka and Jose Berrios. Jorge Soler is hitting .288 with five home runs over the last two weeks.

The Twins ranked highly last week due to great matchups. This week is more of the same with three games apiece against the White Sox and Royals. Four different Twins hitters have hit at least three home runs over the last two weeks including Mitch Garver, Miguel Sano, Nelson Cruz, and Eddie Rosario.

The Astros go on the road for six games to finish the year against the Mariners and Angels, both of which have had a bottom-six pitching staff in baseball over the last month. Yordan Alvarez continues to make his case as a possible top-three round pick next season. Alvarez has hit four home runs with a .366 average over the last two weeks. Kyle Tucker has hit well with a .314 average in the same span along with one home runs and four steals. I wouldn’t play Tucker in head-to-head weekly leagues as he doesn’t play every day.

Mike Trout and Shohei Ohtani have been shut down for the year due to injury, leaving little offensive power in their lineup. It doesn’t help that they will get four games against the Astros rotation. Kole Calhoun continues to hit for power with four home runs in the last two weeks.

Matt Olson has a ridiculous seven home runs over the last two weeks for Oakland. The Athletics get some of the best matchups with two games against the Angels and four against the Mariners. Four of the games on the week should come against left-handed pitchers. Marcus Semien benefits as he’s hit .297 on the season against lefties.

Seattle has six games on the week against the Astros and Athletics. The two games against the Astros won’t be easy on Seattle hitters as they should come against Gerrit Cole and Zack Greinke.  Kyle Lewis has five home runs in the last two weeks while Shed Long has three home runs and a .370 average in that time span.

The Rangers get three games apiece against the Red Sox and Yankees, all at home. The Yankees pitching staff has actually been one of the best over the last month, trailing only the Brewers and Cardinals in team ERA in that time. Over the last two weeks, Danny Santana has five steals, one home run, and a .303 average. Meanwhile, Rougned Odor leads the team over the last two weeks with five home runs.

The Braves are one of only a few teams that get five games on the schedule to end the year. Ronald Acuna Jr. has a 35% strikeout rate over the last two weeks, showing me he may be too aggressive as he finishes the season over 40 home runs. Three of the five games should come against left-handed starters. This is good news for Ozzie Albies, who has hit .390 against lefties on the season.

Pete Alonso hit his 50th home run of the season Friday. He’ll look to keep it going against a vulnerable Miami pitching staff. Brandon Nimmo returned to the lineup and has hit .280 with three home runs in the last two weeks.

The Phillies get eight games on the schedule as they’ll play a doubleheader against the Nationals on Tuesday. Six of the eight games should come against right-handed pitchers. Cesar Hernandez has been the best hitter on the team against righties with a .292 average.

Washington also gets eight games to end the season with five games against the Phillies and three against the Cleveland Indians. Both the Phillies and Indians have been pitching well in September, with both ranking in the top five in team ERA over the month. Victor Robles has hit .310 over the last two weeks while Anthony Rendon has slowed down, hitting .244 in that span with two home runs. With a .328 average against righties, look for Rendon to finish strong with six righties on the schedule.

The Cubs get six games on the schedule for the final week. Three of those games will come against the Pirates, who own the worst ERA in baseball over the last month at 6.22. Kris Bryant has put together a solid campaign and will look to keep it going. Bryant has hit .326 with five home runs over the last two weeks. Anthony Rizzo has returned to the lineup while Nico Hoerner has performed well in his limit time in the majors.

The Reds will also be looking to exploit the Pirates pitching staff with three games against Pittsburgh on the road. Eugenio Suarez has been unreal with seven home runs in the last two weeks.

The Brewers were one of my favorite teams to target last week and remain so this week. The Brewers go to Cincinnati for three games then go to Colorado for three to end the season. All six games should come against right-handed pitchers. Trent Grisham has been leading off against righties and has hit .286 over the last two weeks.

The Cardinals have six games on the week against the Cubs and Diamondbacks. Kolton Wong is dealing with a hamstring issue and Tommy Edman took his place near the top of the lineup Friday. Edman has hit .341 with five home runs and two steals over the last two weeks.

The Diamondbacks have six games on the schedule and all six will come against right-handed pitchers. Unfortunately, they will be without their best hitter as Ketel Marte has been shut down for the final week of the season.

The Rockies start the week in San Francisco for three games before finishing the season with a three-game series against the Brewers at Coors Field. Garrett Hampson was a popular sleeper pick coming into the year and has disappointed fantasy owners all season. Hampson is finally showing signs of who he was drafted to be with a .394 average, one home run, and three steals over the last two weeks.

San Diego will host the Dodgers for three games before visiting the Diamondbacks. The Padres lineup lost a lot of excitement this season when it lost Fernando Tatis Jr. Wil Myers has performed well of late with a .294 average, two home runs, and two steals over the last two weeks.

The San Francisco Giants stay home for the final week as they host the Rockies and Dodgers for three games each. Mauricio Dubon is showing why he was an exciting pickup at the trade deadline with a .292 average, two home runs, and two steals in the last two weeks.