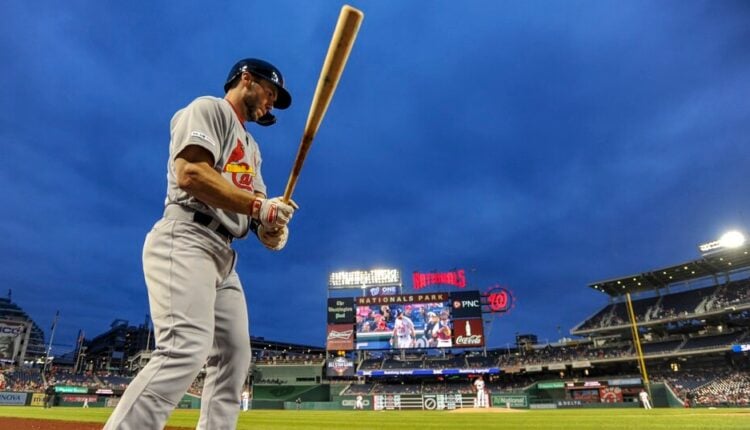 Each week yours truly will be sharing various tidbits and revelations that I deem worthy of the attention of fantasy baseball managers of all formats and backgrounds. The summer solstice is upon us this week! For many of us in the midwest, it’s a welcome respite from the harsh winters that deprive us of that sweet, sweet vitamin D that we need so badly. It also usually means the arrival of more offense when we get a chance to visit our local ballpark. Will that be the case? As of May 31, there were 1411 taters mashed. Compared to that same date in 2021 when there had been 1811 dongs stroked to the cheap seats. So…let’s see what’s happening on the down-low. Let’s find out what’s strictly hush-hush, on the QT and deserves its own meme for Week 12!

Would you rather throw a 3-pitch inning or an immaculate inning? pic.twitter.com/Y78A21dfR6

Jack Suwinski crushes 3 home runs and wins the game for the @Pirates. pic.twitter.com/MRAJ2n0ZMo

Paul Goldschmidt is so good that he did this against the reliever with the best ERA in baseball (min. 25 IP)pic.twitter.com/JzLvcDOdhf

Josh Bell goes deep for a second time and ties the game 2-2. pic.twitter.com/IWzeLBFVdH

Jerar Encarnacion is the only player to hit a grand slam, steal a base and record an outfield assist in his #MLB debut since at least 1901. pic.twitter.com/OKKLZuqY05

#Padres Manny Machado left the game after this play. Needed help to walk off but was able to put some weight on the injured leg. pic.twitter.com/xbs1lECnmO

If you aren't a fan of Jon Berti, what the hell are you even doing? pic.twitter.com/Eomfmjeb2c

Justin Steele is dominating for the #Cubs in the month of June!! GO CUBS GO!!! pic.twitter.com/holuWR0KxI

Fantrax Toolshed: Show Me The Greene