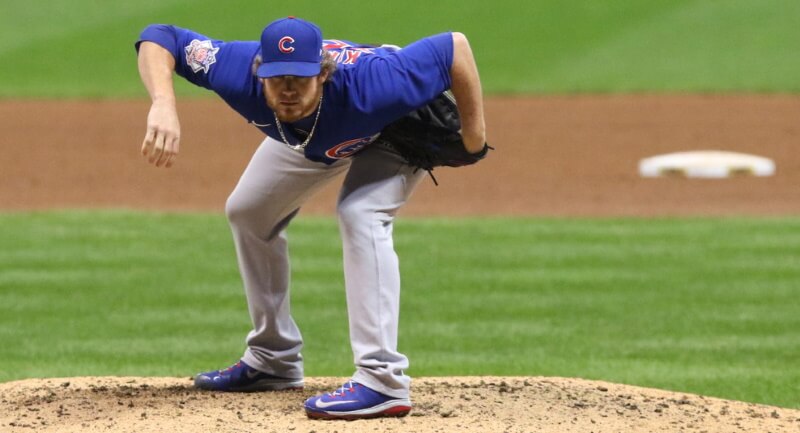 With a few weeks under our belts, the closer roles have become easier to detect. Not every team is as set in stone as the next, so keep an eye out for my weekly updates that will come out on Tuesday. To make things a little easier, the depth chart will be broken down by division, with specific notes to each team.

Baltimore Orioles: Valdez snagged two more saves in the past week. He tossed nine strikes on ten total pitches to close down the Mariners. That gives Valdez a chart-topping seven saves on the season.

Boston Red Sox: After a pair of saves during the week(4/27 & 4/28), Matt Barnes found some work on Sunday night, albeit five pitches. He will be rested and ready to nab all save opportunities ahead this week. If you’re searching for a multi-inning RP with solid ratios and strikeout upside, Garrett Whitlock is an excellent choice!

New York Yankees: There is nothing too noteworthy going on for the pinstripes. O’Day going down could open up some extra innings for Loiasiga, who looks very comfortable in the multi-inning RP role. Otherwise, Chapman continues to pile up the saves.

Tampa Bay Rays: Diego Castillo pitched again on Monday night, make that the fifth game he entered in the last week. In that timeframe, he collected three saves. There is a fair/good chance he may not be available if needed for Tuesday. Ryan Thompson will likely get the save opportunity for any daily move leagues if Castillo gets a breather. Peter Fairbanks is close to returning; if anyone is going to vulture closing responsibilities from Castillo, he will be the likely candidate.

Toronto Blue Jays: At the moment, there is a bit of clarity in the closer role. Rafael Dolis is getting all the save opportunities and locking them down when called upon. Jordan Romano looms in the background, but until further notice, it is all Dolis.

Chicago White Sox: Hendricks is the White Sox closer, no doubt about it. He is up to five saves to go along with a massive strikeout potential. Michael Kopech is back in the bullpen! Another must-own multi-inning RP that can rake up the strikeouts and possibly pick up a win.

Cleveland Team: The name to know in the Cleveland bullpen is Clase. He picked up his sixth save on the season but could still be looking over his shoulder at James Karinchak. His 25:2 K/BB ratio is scary, and perhaps the control issues are becoming a thing of the past.

Detroit Tigers: It is a messy bullpen. The best advice I can offer is to avoid the entire thing. Gregory Soto is the closer, but it’s a ticking timebomb.

Kansas City Royals: Again, another bullpen with some clarity to it! I love to see that! Josh Staumont picked up his third save on the season, and the role looks firmly locked up. While there is still plenty of solid arms in the bullpen to choose from, Staumont makes the most sense. If Jakob Junis sticks in the bullpen for a while, we look at another very useful multi-inning RP.

Minnesota Twins: Finally, Alex Colome has been removed from the closer role. If you’re still rostering Alex Colome, drop him. The next man up is Taylor Rogers, who notched his second save of the season. It was a messy one, but he got the job down. Hansel Robles is looming right behind Rogers, but until further notice, it is all Rogers.

Houston Astros: Pressly picked up saves three and four this past week. Ryan Stanek is looking every bit as impressive as Pressly. After those two, the bullpen has no relative arms worth rostering.

Los Angeles Angels: Raisel Iglesias put the shaky start in the past, and each of his last two saves was clean outings. With a depleted bullpen behind Iglesias, this is an ultra-safe closer. Plenty of strikeouts lingering in his profile as well.

Oakland Athletics: This bullpen is going to infuriate fantasy owners. The Athletics are flip-flopping between Lou Trivino and Jake Diekman, depending on the matchup. However, the good news is that the save chances have been there. The edge between the two RP tips to Trivino’s side because he is right-handed.

Seattle Mariners: Just like the Athletics, the Mariners bullpen is very matchup-based. Graveman has been handling the high-leverage fireman role, and Rafael Montero keeps collecting random saves. This looks like a trend that will continue throughout the season.

Texas Rangers: Ian Kennedy has pitched a ton lately and jumps up to seven saves on the season. If he is unavailable for Tuesday’s affair, look at Joely Rodriguez to pick up a one-off save.

Atlanta Braves: Will Smith found some work this last week, but not needed for any save chances. His total still sits at five saves on the season. Smith is as safe and sound as they come in that bullpen, mostly because of A.J. Minter and Tyler Matzek giving up too many walks.

Miami Marlins: Yimi Garcia blew his only save chance this week. He is struggling with command and back to giving up untimely HRs. On top of that, the strikeouts are drying up. This is a good time to snatch Dylan Floro if he is still available. Floro has a bit more strikeout upsides, and when he gives up contact, it is a ground ball 56% of the time.

New York Mets: Boy, I wish the Mets would stick with Edwin Diaz in the ninth inning only. Anyway, I digress; Diaz is the Mets closer and presumably not injured-although there were reports of back tightness. If you think there is a chance of injury, the next man up will be Trevor May. Anyone with an open IL spot, Seth Lugo could be back mid-to-late May.

Philadelphia Phillies: It’s still Hector Neris’ closing duties to lose. However, he has done a good enough job to keep it. He notched his fifth save on Wednesday(4/27). Jose Alvarado is suspended for a couple of games, which could open the door to Sam Coonrod. His fastball sits 99-mph, and he could step in if Neris falters a little.

Washington Nationals: I would say concerns are pretty wiped away. Brad Hand has a firm grasp on the closer role for Washington. The strikeouts are not there, which is a little concerning. Will he hold up? If you think he won’t, the next man up will be Daniel Hudson.

Chicago Cubs: Locked into the closer role is Craig Kimbrel. The strikeouts have been sticking around, and the bullpen behind him is very depleted. Outside of any leagues with holds as a category, there is no one else of interest.

Cincinnati Reds: Amir Garrett was removed from the closer role after disastrous outings. Next, Lucas Sims got a chance and blew them as well. The last two men left standing are Tejay Antone and Sean Doolittle. Between the two, the slight lean is to Antone. The strikeout upside is vastly better for Antone, and except for health, he has been terrific.

Milwaukee Brewers: Josh Hader looks like the stud RP we expect. He is already up to seven saves on the season and touting a 16.0 K/9. The biggest takeaway from this bullpen is that you cannot continue to roster Devin Williams. The walks are still a problem (15:9 K/BB), and outside of notching a few holds, he doesn’t garner a roster spot.

Pittsburgh Pirates: Richard Rodriguez is still perfect on the season. In 11.1 innings pitched, he is still yet to allow an earned run while also bumping his save total to four. The tough draw to Rodriguez is the lack of strikeouts. Moving up the bullpen depth chart quickly is Kyle Crick, who is perfect through ten innings of work.

St Louis Cardinals: Alex Reyes notched his seventh save on the season. The key factor to Reyes’ success will be his ability to limit the walks. Control of his electric arsenal has always been his undoing. He seems like a safe option to continue closing down games, especially with Jordan Hicks nursing an injury. If Reyes were to have any mishaps, I would point to Gallegos as the next man up.

Arizona Diamondbacks: This has been a bullpen in flux to begin the season. The club looks to have finally settled on Stefan Crichton, who has three saves on the year. I am still very skeptical that Crichton can hold the job. He walks too many batters, and the next up looks like Kevin Ginkel. If I am targeting anyone to finish the season with the most saves on the Diamondbacks, it would be Ginkel.

Colorado Rockies: Another bullpen I would avoid. Bard is a sub-par RP that is finally starting to fade. If I had to get one person from the Rockies bullpen, it would be Mychel Givens. He is racking up some strikeouts and could easily overtake Bard in the very near future.

Los Angeles Dodgers: It is no secret, Kenley Jansen is the closer. Sure, some others like Knebel and even David Price have noticed saves. But, the closer role is solely Jansens. This bullpen is a super target for hold leagues, however. Blake Treinen and Victor Gonzalez are piling up the holds! Treinen is also striking out a ton of batters.

San Diego Padres: Melancon is already up to 10 saves on the season! 10! His ERA is south of 1.00, and the team has full faith that he’s the guy. If you scooped him up, you’re benefitting nicely. Stacked behind him is a bevy of terrific arms as well. Pomeranz and Emilio Pagan both strike out a ton of batters, and if Melancon goes down will be worth their weight in gold.

San Francisco Giants: Jake McGee is the dead-set closer in San Francisco. He throws a mid-90s fastball over 90% of the time but is still very effective. The team has been very loyal to him by only getting Tyler Rogers a couple of saves when McGee recovered from COVID symptoms. There are many speculative arms in here I would consider in a deep league stash: Caleb Baragar and Camilo Doval.