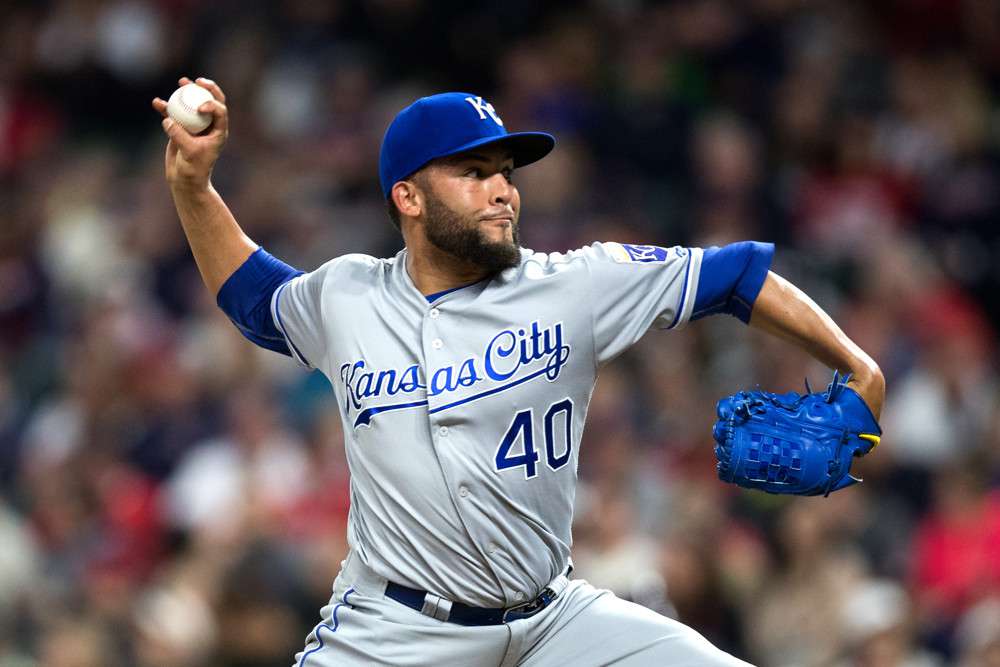 It’s the love/hate relationship you really love to hate: closers! With a good two and a half months left until Opening Day, now is as good a time as any to start breaking down some bullpen arms ahead of your draft. This series will detail every division across the league, offering you the big names you’ll want to own, as well as the sleepers you need to keep an eye on, and of course some key stats to better prepare you for the big day.

Must Own: Joakim Soria

This is a bullpen battle owners need to keep an eye on up until Opening Day. The prospect of potentially owning a 33-year-old is hardly thrilling, but for a pen that ranked dead last in saves last year, general manager Rick Hahn will be looking for a stable hand to set things off on the right foot. If Soria does indeed win the closer role over a much younger Juan Minaya, we’ll definitely be in for an odd (frequent) bout of turbulence, as the veteran allowed three runs or more in five separate outings last season. But rest assured, he is good for saves. Entering his 11th season in the big leagues, Soria has now recorded 204 saves, ranking sixth among active pitchers. Primarily known as a fastball pitcher, Soria transformed into a breaking ball guy last season, relying on his change-up 14% more of the time. That decision proved clever, as Soria finished with his highest strikeout rate (27.6%) since 2014.

Diamond in the Rough: Thyago Vieria

The thing about this bullpen, much like last year, is that anything can happen. There should be seven to eight spots available entering Spring Training, and since being acquired from the Mariners late last year, Vieria figures to occupy one of them. The 25-year-old righty throws a lightning quick 100.7 MPH fastball, a pitch that helped Vieria retire all three batters in his lone appearance in the Majors last year. If he can string together some convincing appearances in March, that kind of heat is something the White Sox bullpen could sorely use.

On a final note, Chicago’s bullpen shouldn’t be overlooked due to its chaos. Yes, there are plenty of real-life trade pieces here, but the White Sox player development team is second to none. Just remember, names like Tommy Kahnle and Anthony Swarzak held little to no meaning this time last year.

Must Own: Andrew Miller

It’d be super easy to make a case for Cody Allen here, but it’s Miller who gets the nod. While Miller missed bits and pieces of the season due to injury, he still turned in 95 strikeouts and a league-low .205 SLG. For some owners, a 32-year-old relief pitcher sounds alarm bells, but really, there’s no rhyme or reason to expect anything less than Miller’s best. He was still lethal against lefties last season, allowing just 10 hits and one home run in the 71 batters he faced. There’s also that whole “eight strikeouts in five innings pitched” thing during the postseason last year, a typical Miller-esque performance. Perhaps the best news of all, though, is that Miller’s Fantrax ADP of 21 should drop even lower this year as owners fight to grab shares in Allen. Great players are great players; don’t complicate that.

Diamond in the Rough: Tyler Olson

For the third time in his five-year career, Olson made an appearance in the big leagues, called up by the Indians in mid-July after spending all of 2016 with the Yankees. The lefty certainly didn’t disappoint last season, finishing with a 0.00 ERA in 20 innings pitched while also playing a part in the Indians’ postseason run by throwing two scoreless outings. This probably only applies to deep dynasty owners, but Cleveland will have to start thinking about life after Miller/Allen from 2018 onward, and the 28-year-old Olson might be the next closer they trust. The Indians will look to throw Olson into some high-leverage situations this season, which should give us a glimpse as to what his value truly is. Right now, all we’ve got is a 23.4% strikeout rate and 2.08 GB/FB rate to work with.

Must Own: Shane Greene

Shane Greene probably isn’t a “must own,” so to speak, but the 29-year-old is a viable fantasy option, having relished in the closer role after last season’s trade deadline. As the Tigers shipped guys like Justin Wilson over to the Cubs, Greene was thrown into the deep end in the middle of 2017 and actually came out relatively unscathed. He converted eight of his nine save opportunities and also finished with 73 strikeouts in 67.2 innings pitched. It’s an impressively small sample size, but it is worth keeping tabs on Greene’s home/road schedule if you do wind up owning him. He wasn’t nearly as effective on the road last season, sporting a 3.89 ERA in 34.2 frames. If you balance that out with Greene’s 1.36 ERA at home, however, he certainly is ownable.

Diamond in the Rough: Joe Jimenez

Joe Jimenez should be a household name within fantasy baseball circles by now, but after an up-and-down season, owners looking to stash the 23-year-old are probably a little lost. First off, what we do know about Jimenez is there are plenty more bumps in the road to come. He gave up 26 runs in just 19 innings pitched (12.32 ERA) during his time in the Majors, a surprising occurrence considering Jimenez was once on cruise control throughout all levels of the minors. Secondly, Jimenez certainly has the stuff to dazzle; we just need to see more command on that 98 MPH fastball in Spring Training. What owners can perhaps bank on is Jimenez’s recent weight-cut, as he dropped 25 pounds over the offseason, which hopefully results in more endurance and a much more timely delivery. Out of all the bullpen storylines to watch next month, Jimenez sits close to the top.

Must Own: Kelvin Herrera

What comes up must come down. The Royals were spoiled for choice during the Wade Davis glory days, but with the team now in firm rebuilding mode, we could see plenty of trades involving Kansas City’s bullpen very soon. In the meantime, here are the positives on the 28-year-old Herrera: velocity. Herrera’s change-up and slider saw around a 1 MPH increase in heat last season, but unfortunately, that’s where the good news stops. Looking at his batted-ball profile, there’s trouble in just about every number, with Herrera’s ground ball rate, home run/fly ball rate, and hard-hit rate all jumping at least four percentage points higher last season. What’s perhaps most alarming, though, is Herrera’s dramatic decrease in strikeouts. The AL Central features some of the toughest hitters in baseball, but Herrera saw an 8.8% decrease in his strikeout rate last year. That’s only part of the reason why he was benched in September, but it’s certainly reason enough to temper expectations heading into the 2018 season.

Diamond in the Rough: Brandon Maurer

Brandon Maurer is the Royals’ next best option should Herrera find himself on the move. It’s easy to forget that Maurer closed for the Padres, and even though his crooked 6.52 ERA looks bad on paper, this is still an experienced arm that has racked up 35 saves across his last two seasons. Again, a lot depends on Herrera, but the Royals are still a big question mark at middle-relief. After trading Joakim Soria earlier this month, Kansas City is a little thin in terms of depth. And although Kevin McCarthy’s sinker makes him quite the sexy option, it’s reasonable to assume Ned Yost will look toward Maurer’s veteran arm should an opportunity arise.

Must Own: Addison Reed

Would you believe a 41-year-old Fernando Rodney might just headline the Twins’ bullpen? Yep, Rodney and his crooked cap fell one save shy of 40 last season while posting a 4.23 ERA in the process. Rodney is certainly fantasy relevant, but in terms of a must own, Addison Reed is probably your best choice. Reed’s stats were far from mind-blowing last season. In fact, they were quite the opposite. He tied a career high in home runs allowed (11) and also lost a little velocity on all three of his pitches. That is to be expected with a move from Citi Field to Fenway Park, but what makes Reed great, though, is just how reliable he is when faced with a jam. He struck out 29 batters in high-leverage situations last year and finished with a .191 AVG against with men in scoring position. Better yet, Reed also has the ability to pitch multiple innings, having thrown 75+ frames in each of his last two seasons. Since Rodney is great at inducing mini heart attacks in the ninth inning, there’s every chance we see Reed in the closer role at some point.

Diamond in the Rough: Trevor Hildenberger

We saw some little glimpses into just how effective Hildenberger could be last season. He’s a fair way down the Twins’ depth chart now, but an injury or two could easily vault him into relevance. Hildenberger’s off-speed stuff was particularly nasty during portions of 2017 — his sinker induced a 45% swing rate and was a huge help in securing 11 multi-strikeout appearances. Even in extremely deep leagues, there may be no reason to consider Hildenberger just yet, but he was a Twins fan favorite for a reason, and he’s certainly a name to place on your watch list.