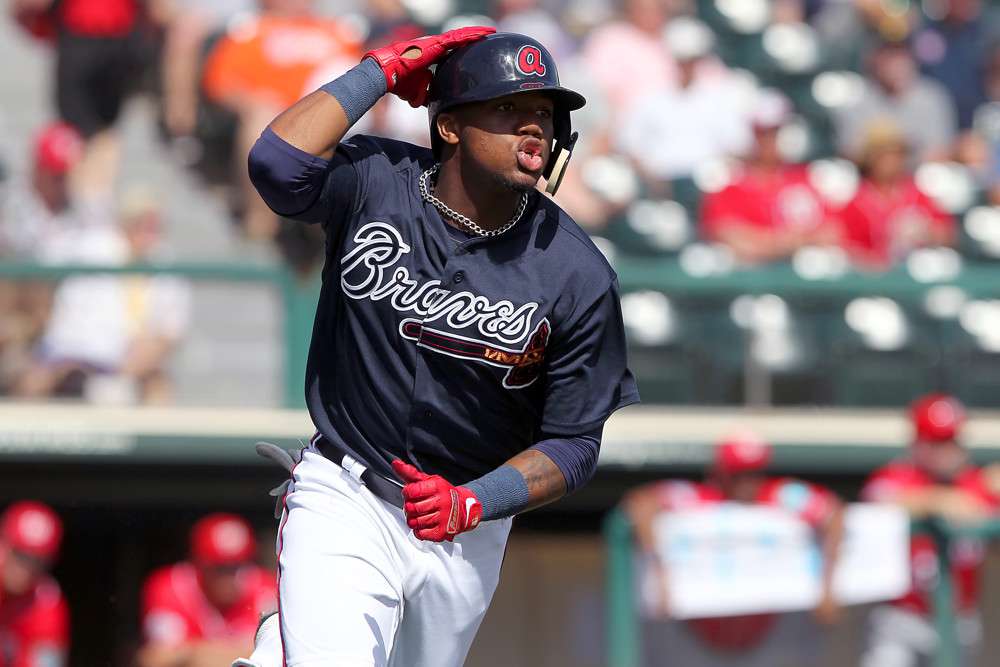 For the Fantrax faithful, draft season begins as soon as the last out of the World Series is recorded (and often times long before that!). We are a special breed of fantasy baseball player, one who constantly monitors minor league options, 40-man rosters, and scours the dregs of the internet for any scrap of information related to even the deepest of prospects. It is because of people like us that prospects are being drafted higher and higher each year. And today, we’re going to take a look at which prospects are being drafted in redraft leagues, and what they might bring to the table.

We may have started our drafting long ago, but for the rest of the world, late February marks the beginning of the main draft season. Redraft leagues form, replacement owners are found, and Shohei Ohtani roster rules are bickered about (oh, and we’ve already figured that one out already here at Fantrax). Speaking of the Japanese phenom, I’m going to ignore him for the purposes of this list. I think enough has been written about him, and I’d like to go just a bit deeper in dealing with traditional prospects. So with that said, let’s take a look at what we’ve seen so far this year!

The near-consensus top prospect that didn’t come from Japan, Ronald Acuna brings five very loud tools to the game as a 20-year-old outfielder for the Atlanta Braves. In 612 plate appearances across three levels of the minors in 2017, he flashed developing power (21 HRs), blazing speed (44 SBs), and a hit tool to die for (.325/.374/.522). He’s almost universally regarded as someone who is going to be a fantasy stud, and even with the fact that he’s all but guaranteed to start the year in the minor leagues, he’s being taken as the 105th player off the board in redraft leagues.

Let’s do a bit of math here for a nice “best-case scenario.” Most teams tend to keep their prospects in the minors for the purposes of retaining an extra year of control over said player. This was a huge point of contention for Kris Bryant in 2015 and should be a big deal this year with Acuna, as well. It basically amounts to keeping a player in the minors for the first 2-3 weeks in a season so that they don’t accrue a full year’s service time. In the case of Bryant, it meant he still managed to put up 650 plate appearances, so let’s use that as a baseline.

Acuna’s 650 plate appearance average based on 2017’s numbers comes out to 22 home runs and 46 stolen bases. Let’s ignore the fact that Acuna was caught nearly half as much as he ran and assume those totals hold up. If he gets to even 70% of these numbers, we have a 15-30 season on our hands. Combine that with the very real chance that he could hit for a good average and can take walks, and we are looking at a five-category contributor here.

For many, this is a risk that is worth taking. I’m personally not within that group. I think Acuna is a special talent, but one need not look further than to Mike Trout’s first taste of the Majors to see that even the most talented player can struggle initially. In 2011, Trout’s first trip to bigs included 135 plate appearances where he slashed .220/.280/.390 with five homers and the lowest walk rate at any point in his career at 6.7%. If Trout can struggle, why is Acuna expected not to?

I just think the cost is a bit high here. It’s at the point where, even if he does come out and crush it right off the bat, the positive value you get is being knocked down by the high draft price. As it stands right now, I probably wouldn’t consider Acuna until pick 150 or so when we start getting into the health risk players and the aging sluggers. I hope Acuna hits the ground running because baseball is better off with him succeeding, but I’m not holding my breath.

Our next player with an ADP that more than doubles Ronald Acuna’s is Gleyber Torres, the soon to be Yankees’ starting second baseman. This pick is far more reasonable, in my opinion, considering that, even with the addition of Brandon Drury, I can’t foresee the Yankees sticking with just the combination of Drury, Miguel Andujar, and Ronald Torreyes at second and third base for long. Once the extra year of control is gained with Torres, he’s likely up and helping out the big league squad.

Torres doesn’t exactly come with the insane upside of Acuna, but he does bring a quality bat with him. Although his 2017 season was cut very short thanks to Tommy John Surgery (and it’s not a factor for him as a hitter and not a pitcher, so I don’t even give it a second thought), he was still on pace for a potential 20-20 season with a .287/.383/.480 line to go along with it. He doesn’t have immense power or lightning speed, so a continued 20-20 pace should not be expected once he reaches the Majors. However a nice hit tool and solid contributions across the board make Torres a guy I really like as a middle infielder at pick 229.

Another very toolsy outfielder in the Acuna vein, Victor Robles is generally known as a more speed-oriented player. As he grows, he may be able to tap into some more power, but as of right now in a best-case scenario I project him as a 15-homer player. Much like Acuna, Robles’ speed is insane but also carries high risk, as he gets caught an awful lot for someone with his raw talent. I think he eventually could grow into a 25-40 player in his prime, but for now I would expect something more like 10-25 with a full season of Major League at-bats. He also carries a really nice hit-tool, which, combined with his speed, should help him hit .280+.

Of course, we also can’t expect to see a full-season of Major League at-bats. The Nationals have a major logjam of outfielders at the moment with Adam Eaton, Bryce Harper, and Michael Taylor penciled in for starting jobs, and names like Brian Goodwin and Howie Kendrick making up reserve players. It doesn’t make much sense for Robles to be called up only to sit on the bench, so I think he has a longer stay in the minors barring something major happening. That said, Eaton’s health and Taylor’s success are far from guarantees, so this is a situation worth monitoring.

Yet another talented outfielder to add to our list, Lewis Brinson was both helped and hampered by his trade to the Marlins from the Brewers. He moves to an atrocious park to hit in, but he’s also likely guaranteed himself a way to regular playing time. Sure, he probably spends the requisite few weeks in the minors to begin the season, but there isn’t exactly a plethora of Marlins outfielders standing in his way on the Major league roster. With a current projected outfield where only Derek Dietrich and Cameron Maybin are guaranteed spots, it’s also very possible he opens the year with the big league club … though I won’t necessarily count on it.

As for what Brinson brings to the table, he possesses all five tools to be an impact bat, but an absolutely abysmal showing in the Majors last year has tempered expectations. It was only 21 games and 55 plate appearances, but hitting .106 is a bit disconcerting. His 2017 season in Triple-A was a lot more exciting, as he walked nearly 10% of the time and hit 13 homers while stealing 11 bases in 340 plate appearances to go along with a .331 average. He might be my favorite pick among all of these players we are discussing today, not only because the cost is next to nothing, but because I think last year’s MLB numbers are really knocking down his value. I’m not certain he manages to hit for a whole lot of average, but if he gets a full season of at-bats, I think 20-20 is certainly within reach. And if he manages to hit .250, then the value is still very much there. I’ll be taking a flyer on Brinson in a lot of my leagues, as I firmly believe he can succeed at the highest of levels.