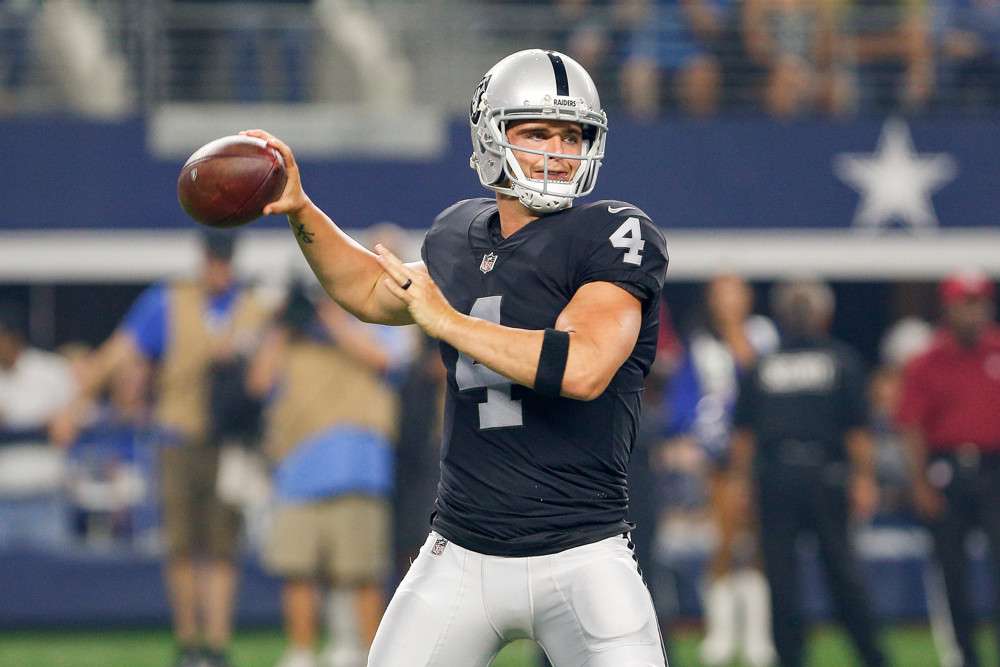 Executing an effective rookie draft is not the only step to improving your dynasty fantasy football team in the short term. Looking ahead before training camps start, before the competition does, will get you ahead of them. Before these dynasty trade targets start to get talked up more, you should trade for them. You’ll possibly get them at a lower price now than in the summer.

Ito Smith: Many are expecting Devonta Freeman to return and instantly play a large role now that Tevin Coleman is gone. But Freeman simply cannot stay healthy anymore, and when he potentially gets hurt again, Smith could then become the clear No. 1 RB for the Falcons.

Mark Andrews: The Ravens bolstered their WR crew in the draft, and that element of the offense will be focused on first when evaluating the Baltimore passing game. But Andrews is returning after already getting familiar with Lamar Jackson late last season. Andrews briefly flashed some promise as a rookie and could be one of Jackson’s favored targets, enough to the point where he could push to be a back-end fantasy starter.

Mike Davis: I am still waving the flag. After the drafting of David Montgomery, most fantasy players are writing off Davis as a complete afterthought. I believe he will battle the rookie for lead ball carrier duties and could win out. It will not take much of anything to acquire him in a dynasty fantasy football trade.

Phillip Lindsay: There are some skeptics who believe either Lindsay was a fluke, Royce Freeman will be much more competent in his second season, or both. If you find a Lindsay owner with that mentality in your league, pluck him away.

D’Onta Foreman: This could indeed be the year when he finally unseats Lamar Miller, who is simply just good enough to lose with in fantasy football. Sell it as you just want RB depth, you don’t trust Foreman to stay healthy or overtake Miller.

Kenyan Drake: After being completely misused by Adam Gase, Drake will emerge as the centerpiece of the Miami offense. He is an all-around threat who can score from anywhere on the field. Drake is easily the Dolphins’ most dynamic player and they will have to ride him a lot this season. Reap the benefits as he becomes a sometimes exciting RB2.

Tre’Quan Smith: He was only briefly impressive as a rookie and some of his dynasty fantasy football owners may not be sold on him improving too much in Year Two. But the Saints did not make any significant moves to bring in competition at WR, so they are likely looking for him to progress into a more frequent and effective playmaker this upcoming season.

Golden Tate: He struggled to consistently produce after an in-season trade from the Lions to the Eagles. But now he is in a new position to regain fantasy starting status, especially in PPR formats. The Giants, in my estimation, acquired Tate because they knew ahead of time they intended to draft a QB in the first round. Tate is the perfect “safe” receiver for Daniel Jones, especially with his distinctive run after the catch abilities.

Derek Carr: He could flop, but it won’t take much for you to find out in a dynasty fantasy football league. This is the best and last opportunity to prove he can deliver consistent quality performances as both a real and fantasy player. Carr now has arguably the best WR in the game and a potential star complement to him, plus a potentially standout rookie RB to support him. Carr is entering 2019 with his best supporting cast ever, and it could lead to some impressive fantasy production.

Donte Moncrief: A lot of dynasty fantasy football owners are cooing about Pittsburgh’s drafting of Diontae Johnson. But it is Moncrief who will come in and make the biggest impact this upcoming season. He will step in and put up his best overall numbers yet as a starter for the Steelers.

Rashaad Penny: Talk more about his disappointing rookie year in trade discussions and you could possibly hook him. Say you are desperate for dynasty fantasy football RB depth. The reality is, though, Chris Carson has trouble staying healthy, and if Penny gets the RB workload mainly to himself at any point, he could deliver on his considerable promise.

Ronald Jones: The Buccaneers did not bring in anyone to challenge him or work ahead of him. Take the same angle as Penny. You may be able to get even more of a return because Jones could start from the outset this year. He has real big play potential.