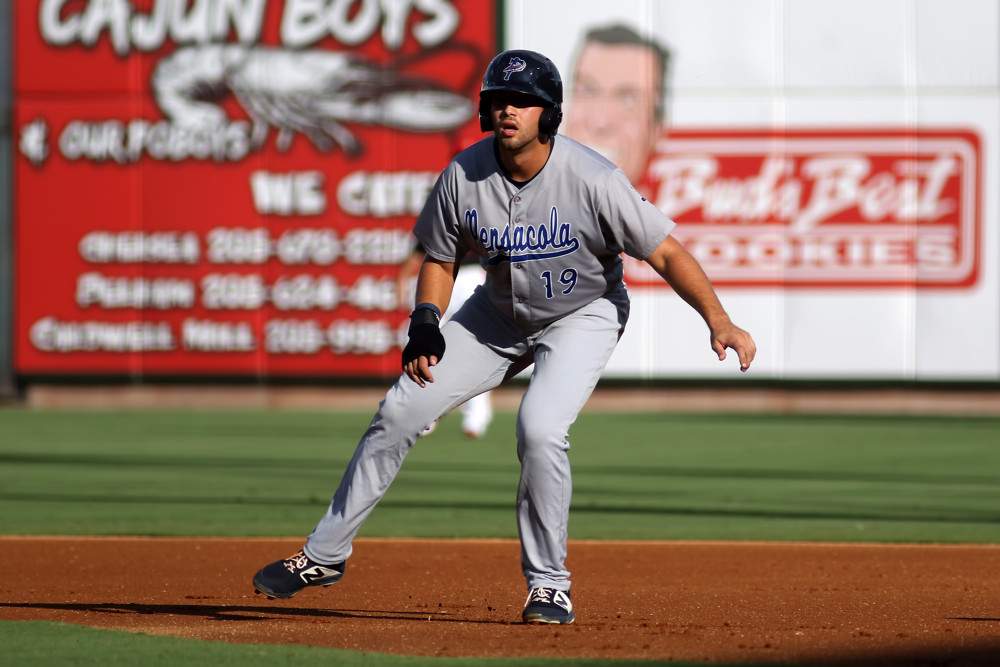 After discussing infield prospects to buy low on last week, today we shift our focus to the outfield where a quartet of outfield MLB prospects from my pre-season top-40 overall experienced down 2019 seasons. As you can tell by their inclusion in this article, I expect these four lost souls to find their way back, making them all strong buy-low targets.

Coming into the 2019 season, Alex Kirilloff was considered a top-5 overall prospect by many and a locked-in top-10 prospect. That lofty ranking was justified after a season where Kirilloff slashed .348/.392/.578/.970 with 71 extra-base hits and 20 home runs in 130 games. Talk about showing off your double-plus hit tool and plus raw power in your first full minor league season. This was after missing a year due to Tommy John surgery also.

Kirilloff’s polished and advanced bat seemed to be on the fast-track to the Major Leagues with a late-2020 MLB debut in sight. Not so fast. Kirilloff struggled initially during his first taste of the Double-A level hitting just .240 through the end of April. And in between injuries, Kirilloff only put together three full months, two of which resulted in an OPS below .700. The batting average wasn’t the only thing to tumble either. At the end of July, Kirilloff only had four home runs and 11 doubles in 67 games. Some of that can be attributed to the lack of loft he was generating with his swing. At season’s end, Kirilloff had a 47.3% ground ball rate with only 31.5% of his batted balls hit in the air.

Alex Kirilloff hard, oppo line drive for the third time today. Love his stroke the other way, even though nothing is getting down for him. @CRKernels #Twins pic.twitter.com/uho2onoSlB

Now, Kirilloff was never projected to be a big home run hitter, but 2019 was certainly a down year by his standards all-around. With his contact skills and inept ability to barrel up pitches, along with his all-fields approach, Kirilloff has future .300-plus hitter written all over him. Sure, the fact that he’s only had one full season out of three due to injuries is a tad concerning, don’t get me wrong. But that also opens up a nice buy-low window on a hitter that has the skills to challenge for batting titles while hitting 25-plus home runs annually.

Around three to five months ago, the hype surrounding George Valera was out of control. There were even some Juan Soto comps thrown on Valera. That’s a massive compliment to comp an 18-year-old with all of six professional games under his belt to the one I’ve dubbed “Juan Goato Soto”. The Indians bumped their uber-talented outfield prospect to the short-season New York-Penn League to start 2019 (well, in mid-June when the NYPL starts) and the results were slightly underwhelming, to say the least.

Valera played 46 games at the level before finishing up with six games in the Single-A Midwest League. The results were a .217/.336/.411/.748 slash line with seven doubles and eight home runs in 180 at-bats. Not exactly what the George Valera fan club was expecting. But there were some positives to take away. First, a 14.5% walk rate, which is very Soto-esque. On top of that, Valera was hitting the ball hard in the air, with an average fly ball distance of over 300 feet, just behind the likes of Marco Luciano, Julio Rodriguez, and Kristian Robinson.

When it comes to ranking Valera to the aforementioned trio, I have him 4th of four. However, Valera is still a bonafide top-50 prospect overall in my book with the upside to break into the top-20 overall by the end of 2020. This is a plus hit, plus power outfielder with a sound plate approach as well. He just needs to start using the whole field a little more and learn how to take those outside pitches the other way. The talent here is still incredibly high, so don’t waste a good buy-low opportunity.

Let me start by saying that Taylor Trammell is a misunderstood prospect. I saw many lists with him in the top-20, mine included earlier in the season. But here’s the thing. Trammell isn’t the type of prospect that is going to wow you with any one aspect of his game. While he’s shown an above-average to plus hit tool and plus speed in the past, it’s not like he’s going to steal you 50 bases or contend for batting titles. He’s more of a steady floor type than a high upside type like a Jo Adell or Luis Robert.

Now, with that being said, 2019 was a down year for Trammell. After hitting .303, .281, and .277 respectively over the last three seasons, Trammell’s average dipped to .234 in 2019 with a .689 OPS, easily the lowest mark of his minor league career. Some of that can be explained by a drop in his BABIP, but it’s not like a .298 BABIP is low or anything. On the plus side, Trammell’s walk rate remained high at 13.0% and he started showing more power following his trade to San Diego in July.

Trammell GS to take the lead in the Texas League Championship.
Watch the highstep 👀😂 pic.twitter.com/I2yLggn7uD

While he might not be a stud in the making, Trammell does possess .290/15/35 upside as a potential future leadoff or #2 hitter in front of Fernando Tatis Jr and Manny Machado. The upside is still quite high, making him worth buying low on in dynasty formats. And come on, did you see him round the bases above after hitting the go-ahead grand slam in the Texas League Championship? Get yourself a prospect that loves the game as much as Trammell. Stand up guy that loves the game.

The inclusion of Estevan Florial here is due to both poor performance and injuries. A broken wrist sidelined Florial for a few months, delaying his 2019 debut until June 3rd. Even after he returned, it was clear he wasn’t the same hitter that he was before the injury. Not only did the batting average plummet from year’s before, but Florial’s power was also drained as well.

Florial was still able to muster eight home runs in 74 games, but as you can see above, he wasn’t packing quite the same punch as he was before the wrist injury. It’s hard to say exactly how much the wrist injury affected him overall this season, but when you look at the stats, it makes you wonder. I’m willing to give him a free pass this season and shoot a buy-low offer to the Florial owner in my dynasty league. His power/speed combination would look awfully good at Yankee Stadium, especially with him being a lefty and having that short right-field porch to play with.

Others to Buy Low