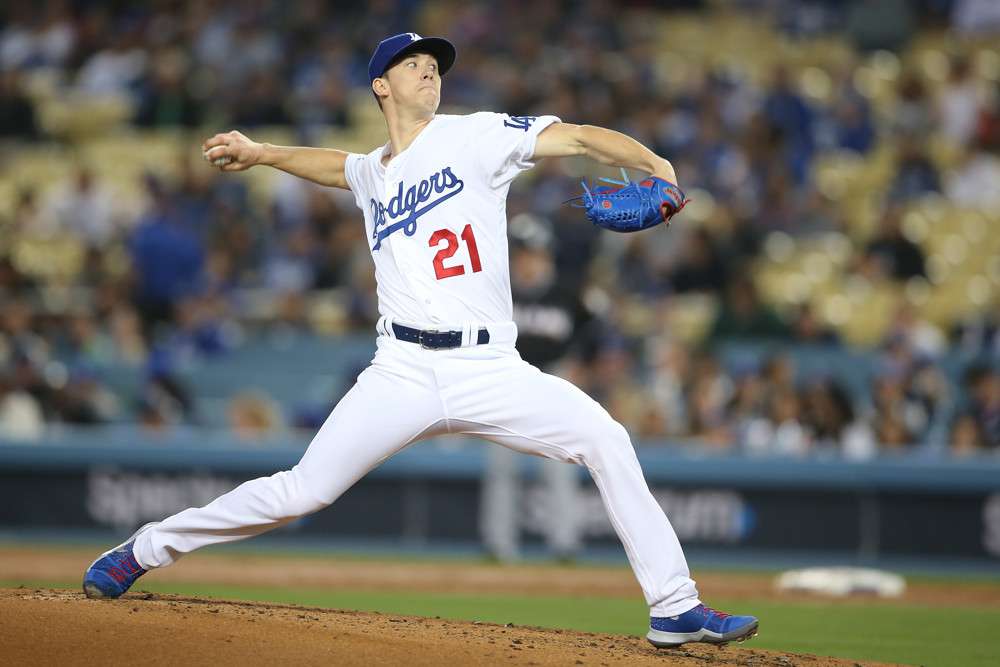 Don’t go getting all excited. I’m not updating my rankings quite yet. That will come around the All-Star break. What I am doing is taking a look at the top minor league pitching prospects to see how they’re performing in the minor leagues so far this season. Think of this as one of the appetizers to my mid-season rankings update. The side salad with ranch dressing on the side, if you will. Around this time next month, you’ll get your second appetizer, likely some soup, before getting the prime rib of prospect updates in early July. And don’t worry, there will be other entree options for all the vegetarians out there.

The first month-plus of the season sure has been a doozy for pitching prospects. We’ve already had some suspensions, season-ending injuries, and plenty of promotions. But enough intro blab, let’s get right to it. We’ve got a lot to cover below.

Rankings are from my pre-season top-100.

I’m starting to think Ohtani was just messing with us in Spring Training. After looking like hot garbage for all of March, Ohtani has turned it on during the regular season on both sides of the ball. He’s hitting .341 with four home runs and a better than expected strikeout rate (25.5%) while showcasing his dominant array of pitches on the mound, including a filthy splitter. Back-to-back bad starts have ballooned his ERA to 4.43, but there’s no doubting Ohtani is going to be an ace in this league. I still doubt his ability to hit for a high average, though.

If you’re in the Charlotte area, I’d recommend getting out to a Knights game to see Kopech pitch. The flame-throwing righty is one of the most talented pitching prospects in recent memory, and isn’t going to be in the minors much longer. It’s obvious that Kopech’s stuff is too much for minor league hitters. It’s just a matter of time before the White Sox call him up to the Windy City to replace one of their lackluster rotation options. Spotty control is no longer holding Kopech back, as his walk rate has dropped for the second consecutive season down to 3.0 through his first four starts. He should be up before Memorial Day.

Now more than a year removed from Tommy John surgery, Reyes is inching closer to a return to the mound. That’s great news and all, but Reyes’ 2018 fantasy outlook isn’t great. Regardless of his role, the Cardinals are going to baby their prized pitching prospect to make sure he’s fully ready for 2019. He should provide elite strikeout rates and a solid ERA, but the limited number of innings he’s expected to throw caps his value for this season. In 2019 and beyond, the sky is the limit.

After a dominant 2017 performance that had him rated as one of baseball’s top few pitching prospects, Whitley has yet to pitch in 2018 due to a suspension for violating the minor league’s drug program. He is due back in early-June.

Gore could muster only one start before hitting the DL with a blister issue almost three weeks ago now. The southpaw often gets overlooked due to his lack of a truly elite pitch, but there’s legit ace upside here. Don’t underestimate him.

Oh jeez, where to begin. In the interest of time, I’ll keep this brief. Greene is the perfect example of a high-upside project. The upside here is enormous, but there’s plenty of work to be done for Greene to reach his full potential.

The level he’s pitching at is irrelevant so far. Buehler dominated Triple-A hitters in three starts and is blowing away Major League batters with his high 90s cheese and plus assortment of off-speed pitches. The Dodgers assumed Rich Hill was going to return when the optioned Buehler back to Triple-A, so now he has to wait 10 days before getting recalled. You know what assuming does, don’t you? Make sure Buehler’s not floating around on your waiver wire. He’s going to be a fantasy asset whenever he’s up this season, which is likely to be often with how fragile the Dodgers pitching staff is.

Walker Buehler with the 99mph tailing fastball for the strikeout. Brutal. pic.twitter.com/fo2syvWwGe

If you’ve been hanging onto Luiz Gohara, the wait is nearly over. The portly southpaw is expected to make another two starts in the minors before rejoining the Braves rotation in mid-May.

For a full Gohara writeup, check out my live scouting report from his second rehab start on 4/22 in Pawtucket.

Honeywell isn’t due back until sometime in early-2019 after undergoing Tommy John Surgery back in March. If everything goes well, he should make his debut later in the 2019 season.

Same story here. Puk is done for 2018 and will look to continue his ascent to the top of the Oakland rotation in 2019.

Sixto is nasty. Don’t believe me? Look below. For a 19-year-old in High Class-A, Sanchez is pitching as well as anyone could expect. And with his arsenal, the strikeouts will start coming in bunches.

Talk about some video game quality numbers. McKay can handle the lumber just fine, but it’s becoming more and more apparent that his future as a star is on the pitching mound. Single-A hitters have been no match for McKay so far (49% K rate), and it likely won’t be long before you see his name near the top of the Rays rotation.

Flaherty deserves a full-time rotation spot in St. Louis. You know it, I know it, everybody besides St. Louis knows it. Okay, I’m sure they know it, but they can’t seem to end their love affair with Adam Wainwright who hasn’t been productive since 1956. Flaherty has considerable upside whenever he’s starting for the Cardinals this season and has SP2 upside long term as a fantasy starter.

This ranking is now way too low. The one thing holding back Soroka was the lack of an elite strikeout rate, which he has vastly improved on this season with Triple-A Gwinnett. Soroka was scratched from his start on Sunday to get ready for a potential Major League debut tomorrow if Julio Teheran is unable to make his start. Even if it’s not tomorrow, Soroka’s debut is imminent. He’s one of a handful of pitching prospects that could impact fantasy rosters in the short term and he has the stuff to succeed out of the gate.

Let’s all do ourselves a favor and throw some love Duplantier’s way. All the man has done since being drafted two years ago is dominate at every level. His current 1.80 ERA is his highest at ANY level so far in his minor league career. With the season-ending injury to Taijuan Walker, it’s not crazy to think we might see Duplantier with the Diamondbacks later this season if he keeps pitching well.

Here’s another one of the pitching prospects you’re going to see much higher in my mid-season rankings update. With each passing start, my man crush on Luzardo grows stronger. He’s got great control, a nasty change-up and elite strikeout numbers. What’s not to love? See that #68 next to his name? Cut that in half and you’ll be in the ballpark of his new ranking mid-season if he keeps this up.

You didn’t think you were getting out of this without more love for the Beebs, did you? Well, Bieber finally walked a batter this season. That brings him up to a grand total of 13 in 228.1 career minor league innings. You can do a lot of good when you can locate your pitches wherever you want to like Bieber can. A promotion to Triple-A will happen sometime this summer, and a Major League debut later this season isn’t out of the question. You’re damn sure going to see his name inside my top-100 in July.

The 23-year-old righty will make his Major League Debut tomorrow against Toronto. Romero carries decent fantasy upside if he can stock in the rotation and has the upside of a #2 starter long-term.

#90 Anderson Espinoza, SD, A: HAS NOT PITCHED

Thank you for reading another edition of Dynasty Dugout here on Fantrax. Shoutout to Jason Woodell and Pitcher List for their great video on Sixto Sanchez and Walker Buehler. Got a question that I didn’t cover here? Ask below or follow me on Twitter and ask there.