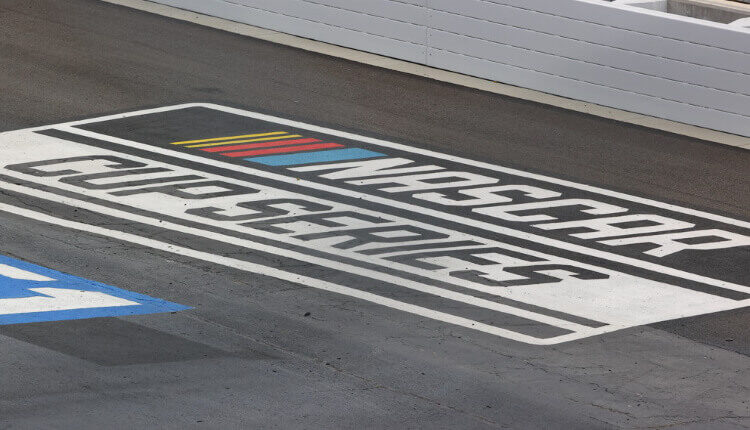 This weekend, NASCAR heads north to Dover for the DuraMAX Drydene 400 presented by Reladyne. After an enthralling race last week at Talladega, the drivers now turn their attention to a different track type with a 103-race history.

Dover Motor Speedway offers something we haven’t seen in the last few weeks: Parity. There are 11 drivers with a driver rating over 90 at this track, and Toyotas and Chevrolets have an equal split when it comes to wins with a couple of Fords sprinkled in. While Talladega thrived on team racing, Dover is about track position, pit strategy, and avoiding disaster. The NextGen cars continue to wreak havoc with tires, and last week, multiple drivers struggled with engine issues. Beyond the problems that racing crews are dealing with mechanically, the cars have proven to be an equalizer among veteran drivers and their youthful counterparts.

The Trackhouse Racing Team duo of Ross Chastain and Daniel Suarez continued to show out last week, with Chastain winning his second career race using the same car he had for the first win. Chastain joined William Byron as the only two drivers to repeat with the checkered flag this season. Byron ran strong again, leading a race-high 38 laps, while Hendrick Motorsports put on a masterclass of team racing before the late-race chaos ensued.

Dover’s intermediate 1-mile oval affords NASCAR fantasy players various options and lineup construction strategies. The following is an overview of drivers I look to roster in DFS and season-long formats at the DuraMAX Drydene 400. I’ll be back Sunday morning to look at whose value changed following Saturday’s qualifying races. Thoughts? Opinions? Wondering how and why you should play NASCAR fantasy? Hit me up on Twitter at @thewonkypenguin.

In Larson’s previous three races at Dover Motor Speedway, he has three Top 5 finishes, one win, and a driver rating of 131.3. (Reminder: A perfect driver rating is 150, which was last achieved by… Kyle Larson in October 2021 at Texas Motor Speedway.) While the NextGen cars have seemingly ended his dominance from last season, there is no reason to believe he will suddenly forget how to drive in Delaware during the DuraMAX Drydene 400.

Harvick’s previous ten appearances on this track have gone swimmingly with two wins and eight Top 10 finishes. Even more impressively, the No. 4 car’s lowest finish in his last 15 races on 1-mile ovals is ninth. Last Sunday’s run at Talladega looked similar to vintage Harvick, and he has an excellent chance to take home the checkered flag in Dover.

Fun fact: Truex leads the field in fantasy points over the previous ten Dover races. His driver rating here of 113.7 puts him squarely in the contender crosshairs, and his fifth-place finish last week is hopeful that he may find the elusive win in 2022. The DuraMAX Drydene 400 gives him a good shot at this, which he could use to climb the standings from his current eighth place.

Byron continues to drive like it is his title to lose this year, and he is currently projected to finish first in the Cup standings. Nothing about his performance thus far would cause me to recommend fading him as long as his salary remains even relatively reasonable. His driver rating at Dover is 96.2, and while 1-mile ovals haven’t traditionally been his specialty, that doesn’t seem to matter much in 2022.

Bowman sits in fifth in the overall Cup standings, and with a Dover rating of 100.2, he’s a solid lineup addition on Sunday. He has four Top 5 finishes and one win in the last five races here. Get him in a lineup or four on Sunday for the DuraMAX Drydene 400.

Denny Hamlin on 1-mile ovals used to be easy money, and with a Dover rating of 106.6, he could pull out a win on Sunday. He ran well last Sunday before mechanical issues knocked him out of the running in the final ten laps. He continues to be challenging to trust based on his inconsistencies, but he is one of the best drivers of this generation, and this is one of his best tracks.

In this week’s episode of “22/12 Jump Street,” Joey and Ryan travel to Delaware to face off against familiar foes while trying to solve the mystery of “The First Win.” Their driver ratings are separated by less than one full point at 91, which should make them solid contributors to those who employ them, though only one might get paid. To further appreciate their shenanigans, tune in on Sunday at 3 p.m. EST on FS1.

Once again, the Cup Standings leader is a better real-life driver than a fantasy driver, especially when it comes to the salary-cap hit he requires. In the last five races in Dover, he has two DNFs and a driver rating of 80.5. While he remains a tremendous driver and sits in first place, fading him at the DuraMAX Drydene 400 may be beneficial.