When is it Time to Drop a Hitter? 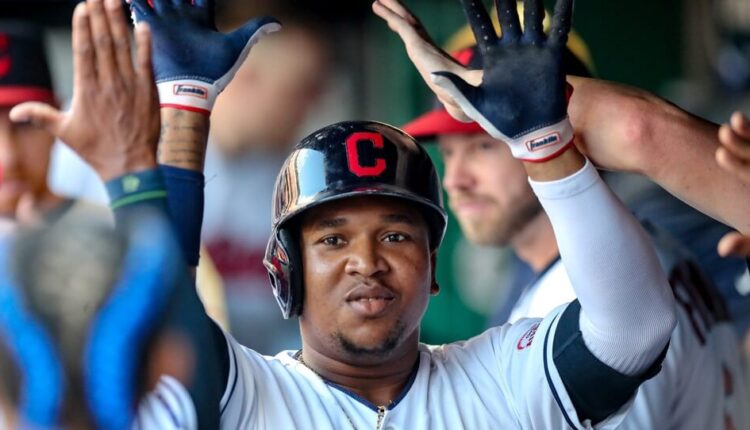 Knowing when to drop a hitter that hasn’t really produced the way you hoped can be huge. It may be the difference between winning your league or irreversibly hurting your average and giving up ground in other categories.

However, it is understandable if you are afraid to pull the trigger and move on in a different direction.

How can we know that a player’s performance is real or if he is getting “lucky”? Well, it depends on the specific statistic we are looking to assess, as they all stabilize at different moments.

After a specific threshold has been reached, we can say that the particular stat we are examining has stabilized. When we talk about hitters, that threshold comes in the form of plate appearances, at-bats, and balls in play.

The amount of plate appearances, at-bats, and balls in play that we have available to make an assessment about a player’s performance is our sample size. That concept is critical to make hitter evaluations with an eye on predicting future performance.

When we say that after a player has reached a specific amount of plate appearances a particular stat stabilizes, we usually mean that it becomes more stable, or less random if you will. The idea is to get further away from random factors that may affect the outcomes of some plays or events.

Every player can have a home run here or there. However, when a batter consistently hits the ball hard and in the air often, we move away from tags such as “fluke” or “luck” because the sample size is larger. He has proven that he can be a great power hitter beyond a couple of good weeks.

Translating this to fantasy, if a player hits eight home runs in three weeks, we start to pay attention. On the other hand, if our mid-round rookie sensation has a sluggish start, we also get our eyes in his performance.

Before deciding to drop a hitter, consider this information that our folks at Fangraph have put together regarding sample size:

For example, if a player that has struck out 30 percent of the time suddenly trims the percentage to 22 percent, he is likely to maintain a similar rate if he passes the 60 plate appearances at that performance level. Of course, it is not an exact science, but stabilization points can help fantasy players make roster-related decisions.

If you want to know when to drop a struggling player, give him some time. Bench him while you assess his performance with the table above.

For example, if he came out on fire and hit eight home runs in the first two weeks of the season, keep a close look at when HR rate and HR per FB rate stabilize. If, after 50 fly balls, he is back to where he was before his hot streak started, and if he is not making any other contributions to your team, you can safely drop him.

Since a ball in play has so many random factors affecting it, the stabilization point is very long. Strikeout rate, on the other hand, stabilizes rather quickly.

For hitters, the stats that matter, at least to me, are BABIP, FB rate, HR per FB, and strikeout rate. If I’m in an OBP league, I pay close attention to its stabilization point, as well, but I often prefer to look at walk rate.

Other Factors to Consider Before Deciding to Drop a Hitter

Before making the decision to drop a hitter from your fantasy team, take these factors into account:

Raw prospects that are clearly overmatched or not ready for the majors can usually be cut safely in shallow redraft leagues within the first few weeks of the season even if you took them in the bottom half of your draft.

If it is an early or mid-round selection, try to exercise some patience, especially taking the stabilization points into account or if they are hitting the ball hard, barreling it, or if their xwOBA is substantially higher than their actual wOBA. Try to give them a couple of months in this case.

For veterans, try to wait a little longer before deeming them “toast.” They can take a little time to find their groove, as it happened with Matt Carpenter in 2018.

There is no exact moment when to drop a hitter, but if past performance warrants it, try to at least wait a few weeks, a couple of months if there are no must-grab players on the wire.

Before cutting bait with a slumping star, take a look at his Statcast page. If he is hitting .215 with four home runs when he would have had nearly 15 by that date when you consider past performance, you surely are getting desperate. And I understand.

But Statcast can provide us with more insight when it comes to expected stats given the quality of contact. It is possible that the hitter is getting unlucky and his expected average is .280 and his expected slugging is .500, when his actual mark is .378.

The expected weighted on-base average (xwOBA) is one of my favorite tools to determine whether a player’s performance is legitimate or not. It removes defense and ballpark from the equation, focusing on exit velocity and launch angle while also adding walks and strikeouts. The idea is to help mitigate the luck factor that may be included in the outcome of a play. The scoreboard may show a hit, but the “hit probability” of a ball in play, calculated with EV and LA, is a better indicator of future performance.

Always check possible xwOBA-wOBA disparities before considering the exact moment when to drop a hitter.

On the other hand, if a known line-drive and fly ball batter is now hitting balls on the ground more than half of the time, or if his average exit velocity is hovering around 87 mph when he is usually north of 90, it may be time to say goodbye, especially if he has hit the thresholds discussed above. He may be hurt or he may have lost skills due to age or league-wide adjustments.

This goes hand in hand with age but adds recent performance into the equation. Take José Ramírez, for example, he hit .218 with seven taters in the first half, after three years of elite performance.

It wasn’t uncommon to find Ramírez in lots of waiver wires because owners had enough of him. I didn’t justify dropping him because he was still an elite contributor in steals even through his slump, and because of the obvious bounce-back potential.

He went .327 with 16 round-trippers in the second half. That showed us that we can’t drop a hitter with a first-round profile in April or May. We shouldn’t, at least.

As it turns out, Ramírez is not close to his prime. He is in his prime since he is 27. I wasn’t cutting him. No way.

The closer the player is to his prime, the harder it is for me to cut him.

You may be tired of waiting for your star hitter to show some signs of life, but if you have had enough and are deciding when to cut bait, stop right there and think about the format of your league.

For example, you may have cut Eloy Jiménez in early June in an 8 or 10-teamer in re-draft leagues and gotten away with it. After all, he finished May with only six home runs and a low .200s average. However, in dynasty formats, dropping Jiménez is a blasphemy.

I sincerely hope that these pointers can help you have a better idea when to drop a hitter.