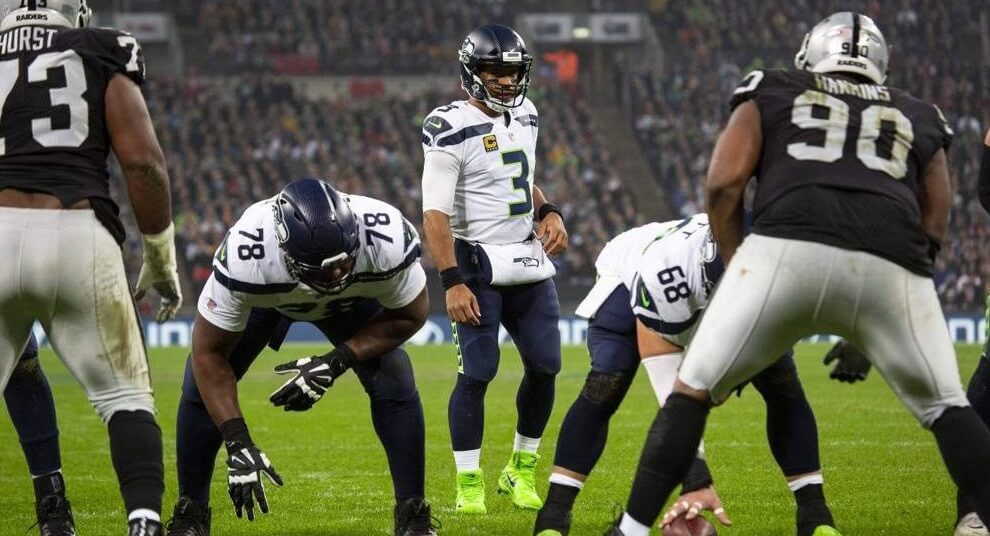 How does an extra QB change things in Fantasy Football? Scott Engel breaks down draft strategy for two-QB leagues.

As in regular Fantasy Football formats, there is no singular draft strategy for two-QB leagues that guarantees a route to success. Superflex leagues, in my eyes, are essentially unofficial two-QB leagues as well. In these sorts of formats, the QB obviously has a higher emphasis, but the position is still deep and you do not have to automatically pick one in the first round if you do not want to.

The first round is still going to be heavily laced with RBs this season. The perceived top guys are still going to go off the board quickly, as you could see seven to eight RBs taken in the first round. That is when you have to decide if you are going to veer away from the pack and take a QB with your first selection. Doing so will give you the choice of one of the very elite players at the position. My personal No. 1 QB this year is Andrew Luck, as I believe Patrick Mahomes could see some regression without an inevitably suspended Tyreek Hill,

As deep as the position is, I do not fully embrace the first round QB strategy, because while you take the very best, the quality RB well could dry up quickly. If you have to start three WRs, you may see the better ones fly away fast, too. But every draft is different, and if you are in one where QBs are being picked frequently early, you can go in the opposite direction and grab some outstanding players at other positions. Like in any other Fantasy Football draft, your draft strategy for two-QB leagues must go with the flow and adjust to whatever is happening.

In two-QB leagues, I may devalue all but the top three or so TEs, as drafting a QB and a TE in the first few rounds can really hurt your outlook at the RB and WR positions. So if I am starting two QBs, two RBs, and three WRs, I want to come out of the first seven rounds with those slots sewn up in my starting lineup. I’ll often let the flex and TE come thereafter. But nothing is absolute, and if a strong flex candidate falls into the mix during the first seven rounds I’ll slip him in.

QB wise, though, I ideally do not want to take my first QB any later than the third round, and I would like to have the second no later than the sixth. But as I have already outlined, you have to let the draft come to you and make many decisions on the fly.

If you want Mahomes or Luck, in many cases, you will have to spend the first rounder on them, and if you want to gain a perceived advantage over the opposition at the position, you can take QBs in the first two rounds. A Mahomes/Matt Ryan or Luck/DeShaun Watson combo will make you the envy of the league at the position, but then you will have to accept a less ideal RB situation and your third WR may not be as appealing as you might like.

I am more comfortable grabbing a single QB in the second or third round at earliest. I can anchor the position with an Aaron Rodgers or Russell Wilson, and the depth dictates that I can still have a pretty respectable QB2. If you don’t want to jump for an elite QB in the first round, or pair two standouts together, you can certainly take one in the first three rounds and another Top 15 guy not too long thereafter and still have a solid outlook at the position.

The one wild card thrown into the early mix this year is Baker Mayfield. He is being picked Top 5 to 6 in many drafts and will go often with the second and third round QBs in this format. For me, that is just too aggressive on a guy that hasn’t quite earned top-shelf status yet. I am fine with him as a Top 10 at the position, maybe in the fourth or fifth round, so I won’t likely end up with Mayfield on many of my two QB rosters.

Kyler Murray is another interesting type, as he can go anywhere from the fourth to the seventh round. Simply based on inexperience, I would ideally prefer him as my QB2, but he does have back-end QB1 promise right away.

Your draft strategy for two-QB leagues will be very dependent on how you value this new breed of young signal callers.

Moving Past the Prime Picks

If your draft strategy for two-QB leagues calls for you to wait past the first three rounds for your primary QB, there won’t be any reason to panic. You can still get Jared Goff and Ben Roethlisberger as a QB1 in the fourth or fifth round. If you take either of those guys as your second QB, you’ll be very happy with yourself, too. If I took, for example, Russell Wilson in the second and Goff in the fifth, and already had three quality starters at other positions by that point, I would be pretty content.

Then there are those who choose to wait even later for their first starter. If they do, they can get the incredibly underrated and annually consistent Philip Rivers in the sixth round or so. This is also where you can hope Jimmy Garoppolo stays healthy or that Kirk Cousins is better than last season. Dak Prescott is a quality choice in this range too, but I would rather have him as a second QB than a first. By the sixth round at the absolute latest, I want my second QB. I am of the “one early, one middle round” movement in two-QB leagues.

Some will wait until even later than the sixth round for their first QBs, and that is when the bigger risks and dart throwing begins. At that point, you are hoping Josh Allen becomes a more complete QB or that Derek Carr takes advantage of his best supporting cast yet. I’m not averse to these gambles as my QB2s, but I believe you get too daring when you start slipping out of the Top 15 or so at the position to nab your first starter.

In the late single-digit or early double-figure rounds, then you just need to deduce which backup types you may like best for bye weeks, injury instances and upside. If Carr lasts until Round 10 I like the career-year possibility and Andy Dalton figures to be a decent Fantasy backup again. Sam Darnold has a better crew of playmakers around him and Ryan Fitzpatrick could post some quality totals at times if he starts for Miami. Drew Lock is my personal rookie sleeper.

Taking an elite QB early makes you top-heavy at the position and possibly weaker elsewhere. Waiting too long for your QB1 can make the QB2 spot appear to be shakier. Grab that QB1 in the first three rounds and the QB2 no later than the sixth round and you should be comfortable with how your pairing looks.

Are you onboard with Scott’s draft strategy for two-QB leagues? For more great rankings, sleepers, and analysis check out the 2019 Fantrax Fantasy Football Draft Kit.