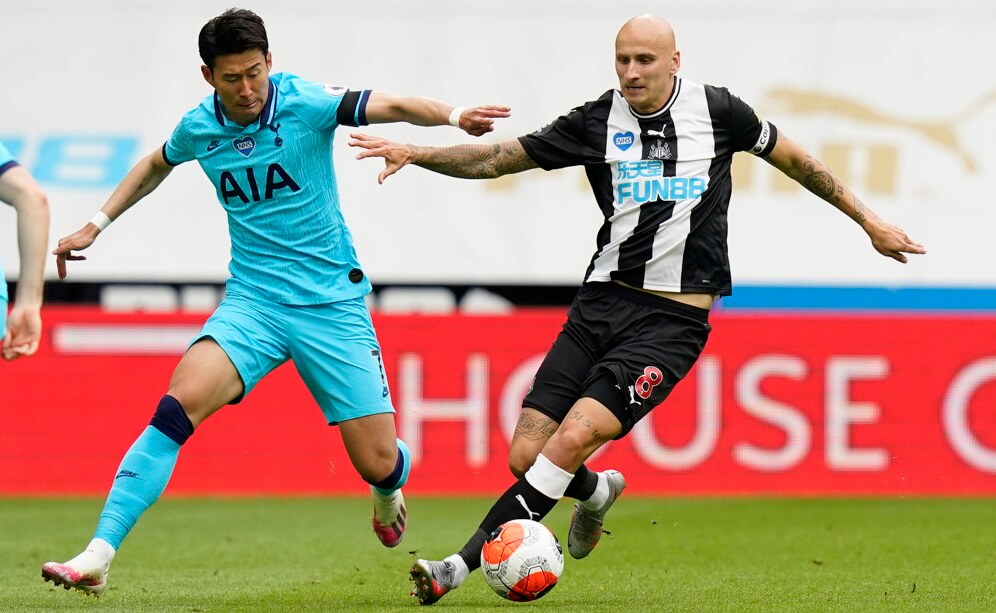 In a Fantasy EPL Draft every manager will be able to acquire a few elite players, but a league can be won and lost based on who is drafted after that. The mid to late rounds provide plenty of value to managers, and there is the opportunity to take punts on certain players. There is always the potential your 10th round pick could become a Top 30 Draft Premier League asset, and win you your league. This article will outline a few Potential Stars that are worth considering as we head into draft season.

Potential Stars in The Mid to Late Rounds

A successful draft requires managers to find Potential Stars all the way through to the end of the draft. The below players could be ones that will fall to you after the dust has settled on the first few round of your Fantasy EPL draft on Fantrax.

Prospects: Shelvey finished the season with 6 goals and 2 assists for a 9.71 PPM. With the exception of penalties, Shelvey will continue to command set pieces which gives him a better floor than most midfielders. If the likes of Almiron, Joelinton, and Saint-Maximin improve their finishing we could see Shelvey’s assist total rise to at least 5. Shelvey will probably go after round 5-6 in drafts but is one you should be keen to target. His distribution from midfield is one of the best in the EPL, and he will occasionally get in his tackles and interceptions. I would consider Shelvey a strong MID2 for this season, and someone I would be willing to reach for in round 4 depending on my earlier picks. He’s a player I’m pretty excited about from this Potential Stars article!

Prospects: Williams already has the backing of Ole to be in contention for an XI role at Manchester United. Shaw could spend the first few weeks of the season on the sidelines, giving Williams a chance to lock down that LB spot. Williams scores decently when he starts but also loves to get forward giving him attacking upside. If United improve their clean sheet total Williams could be a steal after round 12. A lot of managers may be aiming to collect Shaw between rounds 9-12, but the real steal of the draft could be Williams. I would look to gamble on the United LB after I already have two solid defenders on my roster. For now, Williams can be considered a DEF4 with DEF2 upside if he locks down a starting role.

Prospects: Adams had a strong finish to the EPL season scoring 4 goals in his last 6 games. The Saints striker could see a significant increase in playing time at the expense of Shane Long, and has started to find his feet in the EPL. While Adams is still very goal dependent, he could provide solid FWD3 value in the later rounds. I would back Adams to score 10 goals this season if he gets 25 starts and managers could reap the rewards. Adams may go undrafted in a lot of drafts this summer, but I would look to pick him after Round 10 as a punt. Usually, your later picks end up on the free agent pool, and if Adams doesn’t pan out, there’s no harm in dropping your 11th pick.

Prospects: Zaha has made it clear that he wants to leave Crystal Palace this window, and Townsend could be the new go-to man for Palace. Townsend was once a fantasy star but had an extremely poor season this year. He will be looking to bounce back, and play a more consistent role in the Palace XI, and help them to stay in the EPL another season. When on the pitch Townsend does share set-piece duty helping to improve his overall value on top of his dribbles and plenty of shots. While Crystal Palace always struggles to score goals, Townsend sometimes provides the bit of magic needed. I would consider him a MID4 this season making him a pick between rounds 8-11 depending on your league.

Prospects: Lo Celso seems to have locked down a role in the XI under Mourinho. He also shares set-piece duty with Son giving him a solid floor of 4-7 points. Lo Celso had an inconsistent first year in the EPL interrupted by various injuries, but I am backing him for a stronger 2nd season as a Spurs player. I would put him as starting 30 EPL games and improving on his 4.66 PPM. If Mourinho can get Lo Celso firing right Spurs could contend for a top 4 place this season. Lo Celso has the upside of a low-end MID2 but I would place him as a MID4. In drafts, he could sneak into the 10th round or later, but I would be ok taking him with an 8th round draft pick. A player on a team with good attackers who takes set pieces will be rare to find in those late rounds, making Lo Celso a steal.