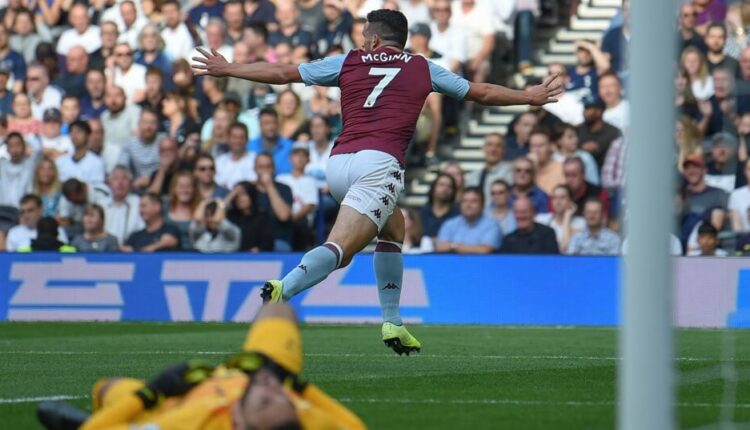 Getting your team selection correct in Draft Premier League is just as essential as your pre-season draft or your weekly waiver wire claims. And that’s exactly why we’re here to help with our Gameweek 8 Start and Sit article! We’re here to help you with some of the big Fantasy EPL decisions you may need to make for the upcoming fixtures.

This week will be a bit different, as there are three postponed fixtures and subsequently six teams (Brighton, Crystal Palace, Chelsea, Leeds, Liverpool and Manchester United) who will not be in Premier League action over the weekend. This may mean you’re in a situation where you don’t even have enough players to field a full team and looking to the Free Agent pool to find some replacements to draft in for players you’re willing to drop from your roster (don’t go crazy and drop players who will have long-term value for the chance of winning one week, though). Here are some of those lower-rostered options (under 80%) that may be available to fill the gaps.

In goal, Gavin Bazunu has been a consistent and reliable option regardless of opponent and faces an Aston Villa side that has struggled for goals. Joining him across the back line are Vladimir Coufal against a similarly toothless Everton, Kenny Tete against a Nottingham Forest side that concedes more chances than any team in the league and Tyrone Mings, who hasn’t looked great so far this season but does have the odd set piece goal in his locker to tempt fantasy managers looking for an upside pick.

Miguel Almiron kicks off the selections in a 5-man midfield given his favorable match-up against Bournemouth, though there are growing whispers around him losing his place if Callum Wilson is fit enough to start, with record-signing Aleksander Isak capable of shifting over to the right wing to accommodate the striker. Given Wilson’s injury history, I think Miggy is a safe bet until after the international break. Philip Billing earns a call-up following his stunning long-range strike in GW6. Don’t expect him to repeat that feat any time soon, but he does appear to be playing his way back into the red-hot form he displayed in the Championship last season. Kiernan Dewsbury-Hall hasn’t been lighting the world on fire and faces a challenging match against Spurs, but is one of the more consistent options in this rostership bracket. Points are points, particularly in a week with a reduced number of fixtures. Granit Xhaka and John McGinn round out the midfield as two players who have been on opposite trajectories from last season. Xhaka will hope to keep up his attacking involvement (perhaps bolstered by the return of Thomas Partey at the base of midfield), while McGinn will hope to rediscover the form that led to him being made captain and being drafted as early as Round 4 or 5 in some drafts this season.

Up top, Adam Armstrong has been starting for Saints and could pop up with a goal contribution against an inconsistent Villa defense. There are a few question marks around his starting status, particularly with the deadline-day addition of Samuel Edozie, but with the match being one of the early kick-offs on Friday, you should have time to pivot to another striker if you need (Edozie would be a good choice this week if he does get the call from the start). Finally, Brennan Johnson has just begun showing glimpses of the potential that led to him being one of the most hyped up players entering the EPL from the Championship. The sheer number of first team options at Nottingham Forest means he’s not a guaranteed starter, but he’s been in good form and is also playing on Friday in case you need to make a last-minute switch when lineups come out (perhaps to Emmanuel Dennis?).

On the opposite side of the coin, it’s very unlikely that you’re going to have a full squad and multiple options on your bench this week. Even if you do, chances are your opponent won’t, so the decisions around who you bench may not end up being much of a factor with regard to your result this weekend. The most basic recommendation for this week is not to sit anyone who’s set to play. That said, if you are one of the select few managers with the luxury to bench players this week and you’re facing an opponent who has a shot against your full squad, here are some players you may want to consider sending to your reserves if they’re on your roster.

Starting from the back, Jose Sa faces the unfortunate task of trying to keep Erling Haaland at bay. It’s rare to have a backup goalkeeper, but if you have a roster spot to spare you could try taking a punt on a keeper less likely to put up a negative score. Streaming keepers is a bit of a crapshoot in the best of circumstances, though, so you’re probably best served sticking with the Wolves man and hoping he can offset any negative points with a handful of saves. In defense, it’s not a bad idea to run with any of Ruben Dias, Eric Dier, or Gabriel Magalhaes this week, but if you have defenders with higher upside (i.e. those more likely to be involved in their respective team’s attacking play as well as on the defensive side), these guys don’t typically rack up a ton of peripheral stats, so you’re left to bank on a clean sheet as a major source of their points. It’s a possibility in each of these match-ups, but a risk nonetheless.

Midfield brings a combination of uncertainty over starts, poor form, difficult opposition and low upside. Harvey Barnes has yet to hit the heights of last season as part of a Leicester side firmly rooted to the bottom of the table, and his prospects don’t look great with Spurs next on the docket. Philippe Coutinho was dropped to the bench for the match against Man City in GW6, and even though he scored what should have been a match-winning goal there’s no guarantee he’ll be in the starting lineup on Friday. Pablo Fornals may be a David Moyes favorite, but that doesn’t mean he’s a guaranteed starter now that Lucas Paqueta and Maxwel Cornet have signed for the Hammers. Keep an eye on the Europa League fixture to try and get a sense of who will start against Everton (Moyes has been making fairly wholesale changes between European and English contests). Rodri has a solid fixture against Wolves but isn’t a regular contributor to the high-octane City attack so you may be better served looking elsewhere.

Up top, Pedro Neto is on the opposite end of that fixture, where Man City has been stifling opposition attackers all season. Bryan Mbeumo has been in good form for Brentford but also faces a tricky match against league leaders Arsenal. Finally, Jamie Vardy was rested against Brighton in GW6, where both Kelechi Iheanacho and Patson Daka got on the scoresheet, so it remains to be seen whether the veteran striker’s days as a starter are coming to an end. Even if he does get the start, he’s got an uphill battle to score against a stingy Spurs defense this week.

Again, if you’re in the position to be able to bench players, you’re probably in pretty good shape this week. If, like the majority of managers, you’re struggling to field a full squad, don’t be afraid to keep people you don’t want to drop in your lineup if they’re on the bench. With the introduction of 5 subs this season, there’s still a decent possibility they can make a match-winning contribution to your team in limited minutes. If they don’t, at least you haven’t dropped a player you believe is worth holding for the long haul. It’s still early days in a very long season, so don’t fret about one result if the chips don’t fall your way this week.