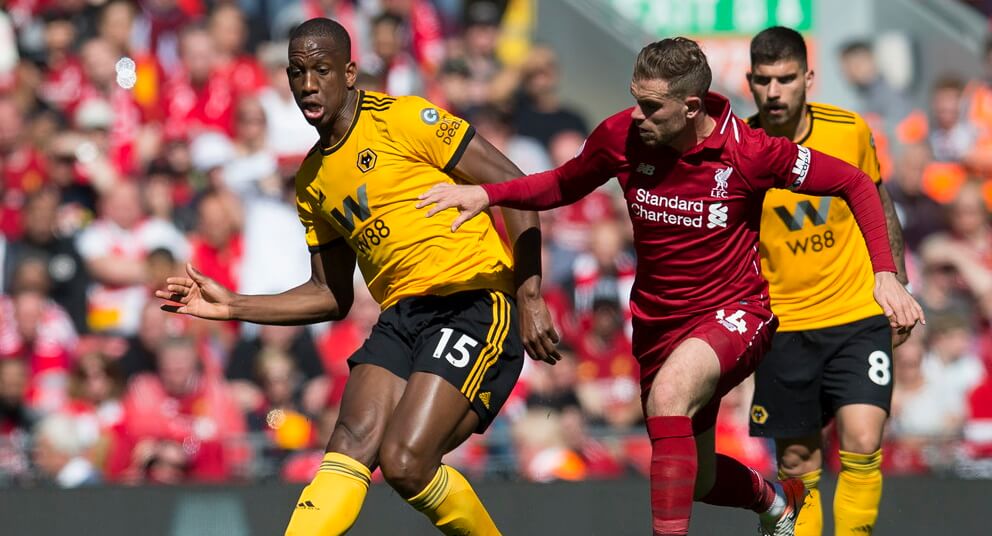 Getting your team selection correct in Draft Premier League is just as essential as your pre-season draft or your weekly waiver wire claims. And this is why we’re here to help with our Gameweek 4 Start and Sit article!

For our Gameweek 4 Start and Sit candidates, we’re going to highlight one player in detail for each section, as well as suggesting another alternate.

It truly is a strange season, this one. The last GW before the start of the break will be a chance for everyone to get back to winning ways/solidify your league positions before the inevitable slow grind that is the dreaded International Break.

Onto Gameweek 4, let us get to it!

The Wolves defender posted 2 below par scores to make those who drafted him around the 5th round worried the Wolves collapse might take their DEF1 to unprecedented lows. Not to worry, GW4 is looking very tasty for the Frenchman. Fulham at home does not only look like a very winnable fixture, Boly could score huge aerials facing Mitrovic, is more than likely to get a clean sheet and may even pop up with a few headers on targets from corners. A true triple threat.

Here is why being on twitter is a great resource for all #DPL managers: THREAD. This exchange between @drafterthoughts and @ovrthnkfootball is oozing content and you cannot get that anywhere else. TL:DR you should take a punt on defenders who are facing long ball heavy teams (Burnley, Sheffield United, and the likes). CBs facing Burnley have gained 10+ points from aerials, so it is worth looking at a Newcastle CB this week.

Third most points by a defender and played a game less than most, you might think Tyrone Mings is invincible. I can assure you he is not. Facing Liverpool in the last game of the GW, I do not recommend starting the resurgent Aston Villa defender. Liverpool’s attack has not lost a step and they will go all out against Aston Villa. however many counting stats he racks up, those -2 points for goals conceded will ruin his gameweek score.

The hotly-tipped Brighton center back, coming off a breakout season at Leeds in the Championship has started all 3 of Brighton’s games but just hasn’t got the scores that his pre-season rank suggested. A candidate to be dropped from your team all together.

His start to the season hasn’t been as electric as those drafting him at the beginning of the third round (yours truly) would have liked, but he has continued to be Mr. Consistent with 3 “high-floor” displays. Danny Ings might have taken his penalty duties, (only time will tell if they will share penalties), but his open play creativity and free kicks should result in a massive haul against the sloppiest defense in the EPL

4.5 points for an attacking midfielder in a 5 goal haul might make you want to second guess yourself about starting Barnes against West Ham after the Londoners easily beat Wolves 4-0. No need to doubt young Harvey Barnes, with Maddison on the mend and a possible sighting of Cengiz Under on the opposite side of the attacking trio, Barnes will be in the middle of the attacking action all game.

The former Villareal midfielder must be doing something right as he is keeping the likes of Felipe Anderson and Manu Lanzini firmly planted in the Carabao Cup squad. His efforts were rewarded with a 15.5 point game against Wolves. However, I do not see a similarly point-happy day for him against Leicester as the midlands club will dominate possession, and Fornals will not be afforded such freedom as he was against Wolves’ 2 “debutant” wingbacks.

A lot has been said about the player who was once the most expensive footballer in the world and it hasn’t been nice. His inclusion on this list is more to do with him possibly being dropped for an in form Donny van der Beek, than his horrendous performances. But 4 points per game is not starting material, not for your Fantasy team at least and most likely not for Ole either.

Willian, after his 3 assist opener has been caught up doing a lot of defensive work in GW2 and GW3, which is great for the team, but horrible for his fantasy value. Facing an in-crisis Sheffield United team who have just lost their first choice CB is just what the doctor ordered. On the off chance that Pepe gets his first start against SHU, he is also a definite starter, possibly even more so than Willian.

The blossoming partnership between Ings and Adams up front for Southampton has resulted in either of the 2 players to score Southampton’s last 9 goals in the EPL. Facing the WBA defense which ranks last in almost all defensive categories should result in a big day for Che Adams.

3 goals and 2 assists to his name already, Bamford is looking to replicate last year’s haul by a promoted center forward (remember Pukki Party) and he is well on the way to doing even better as this Leeds team is looking very solid. Manchester City will be hungry after a surprising and lackluster loss against Leicester and Leeds might become the inadvertent victims of a City bounce-back victory, in which case I do not foresee Leeds to have much of the ball and therefore PatBam will have very limited opportunity to continue his impressive run.

You might be thinking that anyone can score against this Chelsea defense these days, and looking at the goals against column on the league table suggest you might be right, 6 goals in 3 games is nothing to write home about. The most likely introduction of Azpilicueta into the starting lineup coupled with the possible change to a 3 defender system will however solidify the Blues’ backline. I am not expecting Jordan Ayew to be able to make much happen against Chelsea. Proceed with caution.