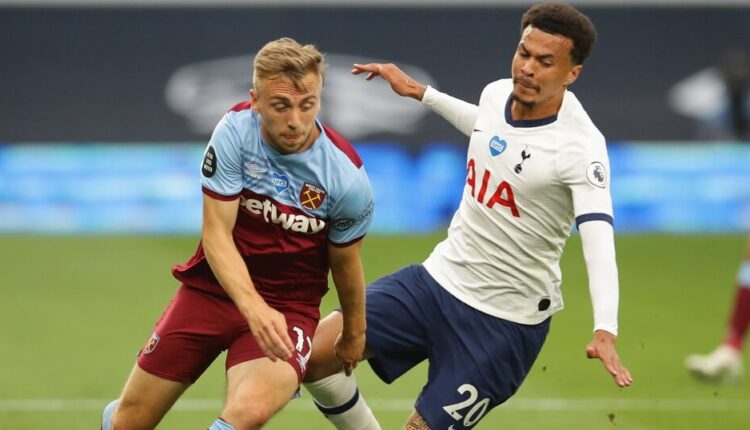 Our Gameweek 29 Sleepers XI article provides Fantrax managers with a lineup of Fantasy EPL hidden gems.  Our starting eleven of Draft Premier League differential picks will help you find a golden ticket to a big score this weekend!  These hints and tips will give you a better chance of picking up an all-important victory, as one of our Fantasy EPL sleeper picks could easily make the difference in a Head-to-Head game!

We’ll be focusing on players that will bring us not only attacking returns or clean sheets, but also those players that score “ghost points” on the sophisticated and statistics-based Fantrax Scoring System!

Brighton v Newcastle is likely to be a low-scoring affair. So picking a goalkeeper from this game for my Gameweek 29 Sleepers XI is a no-brainer. There are very few fixtures and very few goalkeepers below 60% ownership who actually start! I’m going to go for Martin Dubravka (44% ownership) as he’s picked up nearly 30 points during his three games back in the side. The Slovakian is a really strong Fanrax asset and should be owned in all leagues now that he’s ousted Darlow from the side. Robert Sanchez (32% ownership) is of course an option I would happily start in this reduced fixture weekend.

A theme throughout this Gameweek 29 Sleepers XI article is one of ‘slim pickings’. We’ve only got four Fantasy EPL fixtures this weekend. Eight teams play. So if you can get anywhere around eight or nine players with a fixture in your roster, without dropping good assets without a fixture, then you’ve done well! Please don’t drop good players who have a blank!

Onto the Defenders. First up is Tottenham stalwart Toby Alderweireld (55% ownership). The Belgian is not a player I back very often on Fantrax because he doesn’t score particularly well for Ghost Points. But there aren’t many options out there this week. Alderweireld is going to start and he might be facing an Aston Villa side without their talisman Jack Grealish. If Grealish is missing once again, I fancy Tottenham for a clean sheet.

Next up we’re going to my favorite bottom half of table side, Fulham. The whole first choice Fulham defense has below 60% ownership, which is completely mad considering how well they have been playing, and the fact that they have a Gameweek 29 fixture. I’m going with Tosin Adarabioyo (48% ownership) for my Gameweek 29 Sleepers XI, but honestly, I would happily own and start any of their starting defenders. Adarabioyo is having a really strong season, he’s a beast in the air, and I think he’ll score ok for Ghost Points up against Bamford.

I said above that I think Brighton v Newcastle is going to be a low-scoring game, so welcome to my team Ben White (33% ownership). Like Alderweireld, the young defender does not score well for Ghost Points, but if Brighton gain a clean sheet, then White will score fairly well. It’s a shame the Englishman’s game isn’t suited to the Fantrax Scoring System. He’s a really talented defender, he’s good on the ball, and has even been linked with a call-up to the England National Team.

My final Gameweek 29 Sleepers XI Defender is a punt on Diego Llorente (12% ownership). The Spanish international defender has suffered from injuries all season but now looks to have proved his fitness and established himself in the Leeds side. Llorente has averaged 8.6 points during his four games since returning from injury and is facing a relatively goal-shy Fulham side on Friday. Considering the limited options, Llorente looks to be a fairly decent punt!

First up in my Gameweek 29 Sleepers XI Midfield is a pick that @draftgenie would be proud of. In fact, a pick that he would insist on. Dele Alli (53% ownership) looks set to start this weekend, as Son is injured (we think) and Lamela is suspended. I’m really not a fan of Dele in Fantrax, simply because he doesn’t play enough to warrant a place in any of my rosters. But this weekend it looks like he will play, and on a weekend where there are very limited options, you have to take a punt on him if you can! Likely to be a one-week special though.

Next up is a player that I do really like, and have featured many times in recent weeks and months. Trezeguet (44% ownership) has started the last two games for Aston Villa and has gained points scores of 8.5 and 15, without any attacking returns. That’s what we’re after in this game!!! The Egyptian winger is a really strong Fantrax asset, but unfortunately, he’s never really guaranteed to play. At the moment Villa has injuries to Grealish and Traore, so hopefully, Trezeguet keeps his place in the side for the next couple of games.

Adam Lallana (42% ownership) also makes the team for my Gameweek 29 Sleepers XI, after starting the last two games for Brighton and playing the full 90 minutes. The former Liverpool and England midfielder scored his first goal for his new club in Gameweek 27, and he looks set to keep his place in the side for the foreseeable future. I really like Lallana for this weekend, as there are very few options out there. Brighton faces Newcastle, and the veteran midfielder should be at the forefront of their attacking play.

My fourth midfielder is Newcastle youngster Joe Willock (37% ownership), who has impressed during his loan spell from Arsenal. Willock has averaged 10.4 points per game since arriving at Newcastle, which is a pretty good average considering he only has one attacking return to his name. With injuries to Saint-Maximin and Almiron, Willock is now of increased importance to the Newcastle attack. He’s guaranteed to start this weekend and should score fairly well for those attacking-based Ghost Points.

Finishing off my Gameweek 29 Sleepers XI Midfield is the trusty asset that is Harrison Reed (36% ownership). I’ve featured the Fulham midfielder a lot over recent weeks because he is a really solid player to own. You can plug Reed into your starting eleven whenever you need and he’ll score you a solid 6 to 8 points. That’s exactly what we’re after this weekend where there is a limited fixture schedule. Those 6 to 8 points could easily win your head-to-head matchup! Good alternatives here are Thomas Partey (40% ownership) and Yves Bissouma (28% ownership).

There’s only one Forward in my Gameweek 29 Sleepers XI, and that man is Joelinton (40% ownership). The Brazilian striker has actually been scoring pretty well for Ghost Points in recent weeks, so I’m fairly confident in this pick. Joelinton doesn’t gain many attacking returns, but with points scores of 9, 13, 7, and 8.5 during his last four outings, he doesn’t actually need to. If you need a forward who’s guaranteed to start this weekend, Joelinton is your man. Josh Maja (30% ownership) and Danny Welbeck (28% ownership) are decent alternatives.