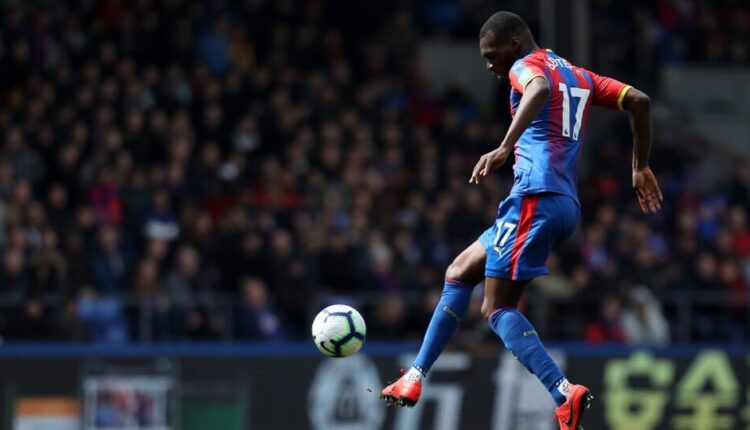 Our Gameweek 28 Sleepers XI article provides Fantrax managers with a lineup of Fantasy EPL hidden gems.  Our starting eleven of Draft Premier League differential picks will help you find a golden ticket to a big score this weekend!  These hints and tips will give you a better chance of picking up an all-important victory, as one of our Fantasy EPL sleeper picks could easily make the difference in a Head-to-Head game!

My Gameweek 28 Sleepers XI Goalkeeper is Martin Dubravka (25% ownership). The Slovakian international returned to the Newcastle starting eleven in Gameweek 26 at the expense of Darlow, and retained his place for the draw against West Brom a week later. Dubravka is a great goalkeeper to own in Fantrax; he was one of the highest scoring shot-stoppers last season! This weekend Newcastle face Aston Villa, and a decent score should be on the cards. Dubravka makes saves, and usually concedes little goals. He also has a game during the upcoming Blank Gameweek 29.

I’m kicking off the Gameweek 28 Sleepers XI Defense with Wesley Fofana (55% ownership). The young Frenchman started his first game since January at the weekend, and outscored his central defensive partner Soyuncu pretty heavily. Fofana bagged 9.5 points during the 2-1 victory over Brighton. The Foxes face Sheffield United at home this weekend, and I would highly recommend signing Fofana if you have the chance to. He scores really well in Fantrax.

Next up in the Gameweek 28 Sleepers XI is Ezri Konsa Ngoyo (53% ownership). The Aston Villa defender is having a really impressive campaign, and might even be in line for a call-up to the England squad for the upcoming international games! I featured the 23 year-old defender last week, and I’m backing him again as his ownership still sits below my 60% threshold. Konsa gained a clean sheet and 7.75 points against Wolves, and I’m backing Villa for another clean sheet when they face Newcastle on Friday.

My third defender is a player I’m really not keen on as a Fantrax asset, but you can’t deny Andreas Christensen (26% ownership) has been scoring well in recent weeks. This is mainly due to the fact that Chelsea are really tight at the back under Tuchel; the Danish defender is really benefitting. Christensen has started the last three EPL games for The Blues, gained three clean sheets, and three double digit hauls. What more is there to say?! Chelsea face a trip to Leeds this weekend, who failed to score in their Gameweek 27 encounter with West Ham.

My final Gameweek 28 Sleepers XI defender is Kyle Bartley (21% ownership). The big defender continues to perform well, and continues as a low ownership asset in Fantrax. The Arsenal academy graduate has gained 72.25 points during his last four games, which is pretty mad for a West Brom player, let alone defender! This weekend the Baggies face a trip to Crystal Palace. A clean sheet is a possibility, but a double digit score is almost guaranteed. Bartley is likely to be up against Benteke, so plenty of aerial wins will be on the cards!

My Gameweek 28 Sleepers XI Midfield starts off with Ryan Fraser (30% ownership). The highly inconsistent Newcastle midfielder started last week due to the number of injuries at the club, and scored a decent 9.5 points. I’m hoping the Scotsman once again becomes a good Fantrax asset, after a season disrupted by injuries and fitness concerns. Hopefully Fraser will be able to turn a corner in that respect. Newcastle also have a fixture during Blank Gameweek 29.

Next up is a punt on Trezeguet (29% ownership). I’ve backed the Aston Villa man a fair bit in recent weeks, but he just wasn’t getting a start under Dean Smith. However, the Egyptian winger made the starting eleven at the weekend, and I’m praying he stays there for the trip to Newcastle on Friday. Trezeguet gained a solid 8.5 points in Gameweek 27, which showed he does have potential as a Fantrax asset with a decent points floor. Aston Villa also have a fixture during Blank Gameweek 29.

My final two Gameweek 28 Sleepers XI midfielders are both from Crystal Palace. The Eagles face West Brom at home, in a game which I would expect them to score fairly well in. First up is Luka Milivojevic (19% ownership), or Mr Penalty as he was formerly known. The Serbian midfielder has really declined as a Fantrax asset during the 18 months, but he has been scoring fairly well in recent weeks. Milivojevic has averaged 8.8 points during his last three games, and I would be willing to take a punt on him this weekend if I needed a starting midfielder.

And next up is Jeffrey Schlupp (12% ownership). The Ghanaian international, and personal favorite of manager Hodgson, has just returned from a fairly long injury absence. I wouldn’t be surprised to see him start this weekend after making appearances from the bench during the last two games. Schlupp does score pretty well in Fantrax, as he has a decent points floor.

Last week I mentioned that Rodrigo Moreno (59% ownership) was worth signing for Gameweek 28 as he was set to return from a long injury lay-off. The Spaniard did indeed return, playing 29 minutes from the bench during the 2-0 defeat to West Ham. I’m fully expecting Rodrigo to start this weekend and although Leeds do face Chelsea, he is worth signing. The Leeds forward is likely to provide FWD2/3 value between now and the end of the season, and he does have an all important Blank Gameweek 29 fixture.

And finally, I’m closing out my Gameweek 28 Sleepers XI with a Fantrax legend. Christian Benteke (42% ownership). The giant Belgian striker has recently returned to the Crystal Palace starting eleven, and he’s actually scored a couple of goals. Benteke is a great asset due to his insane ghost points scoring ability. Mainly due to aerial wins. He won 15 of them during the 4-1 defeat to Tottenham last time around!! Benteke looks set to start against West Brom this weekend, and therefore it is certainly time to get on board the Benteke Bus.