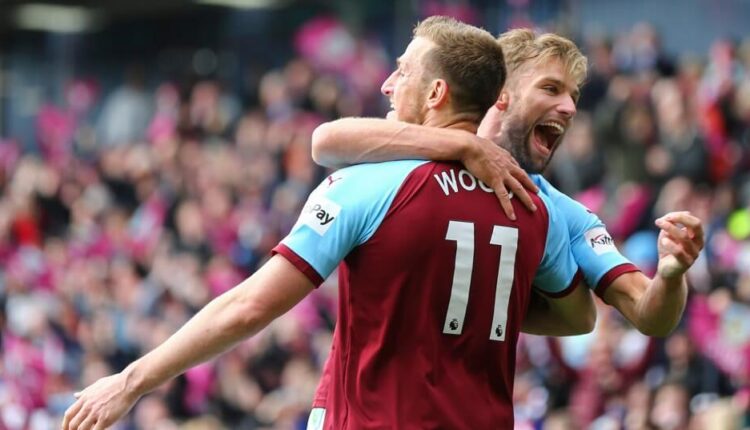 Our Gameweek 27 Sleepers XI article provides Fantrax managers with a lineup of Fantasy EPL hidden gems.  Our starting eleven of Draft Premier League differential picks will help you find a golden ticket to a big score this weekend!  These hints and tips will give you a better chance of picking up an all-important victory, as one of our Fantasy EPL sleeper picks could easily make the difference in a Head-to-Head game!

Sam Johnstone (29% ownership) ended Double Gameweek 26 with 22.5 points. Eight saves made and just one conceded. That’s what its all about!! West Brom are getting better defensively under Allardyce, and are no longer shipping multiple goals each game. Therefore, Johnstone is back in my good books, and looks to be a great option this weekend. The Baggies face Newcastle, and I think they will win.

I backed Kyle Bartley (8% ownership) last week, and he scored 23 points against Brighton and 9 points against Everton. He’s the second of the West Brom backline to make the Gameweek 27 Sleepers XI due to the fact that they face Newcastle. I think the Magpies are going to get relegated (alongside the Baggies) and therefore backing their opposition between now and the end of the season is going to be a constant theme. Bartley is a rock at the back for West Brom, and I think he’ll deal with the limp Newcastle attack with relative ease.

Brighton are up against an injury-hit Leicester side this weekend, and I’m backing Dan Burn (25% ownership) for my Gameweek 27 Sleepers XI. The giant defender is enjoying an extended run in Potter’s side, and I think he’ll score pretty well against Leicester. The Foxes looked pretty abject against Burnley, and are missing several key players in Maddison, Barnes, Evans, and Justin. They are also likely to be without Perez, and have a manager who refuses to give Under a chance. Therefore, I’m not expecting Leicester to create many chances, and Burn to score fairly well.

I have no idea how Liam Cooper (48% ownership) is eligible for my Gameweek 27 Sleepers XI. The Leeds captain scores incredibly well for Ghost Points in Fantrax, and deserves to be owned in pretty much every league. As per the latest stats from @drafterthoughts, Cooper is the 8th best defender for Ghost Points in the whole of Fantrax. To win leagues you need players who score well without attacking returns or clean sheets. Cooper is one of those players.

Despite losing to Sheffield United on Wednesday, I’m backing an Aston Villa player. That player is Ezri Konsa Ngoyo (50% ownership), who has been scoring fairly well in recent weeks. The English defender has averaged nearly eight points per game over the last five, and faces a Wolves side that are averaging one goal per game at the moment. Aston Villa have the added bonus of a Gameweek 29 fixture, so picking up Konsa now would be a wise move.

I’m going with five defenders in my Gameweek 27 Sleepers XI, as at this stage in the season you may have to play with four or five of them in your Fantrax roster. A lot of attacking players are going down with injuries, and the search for consistent assets is simply getting harder. Ethan Ampadu (11% ownership) is the lucky 5th defender after some constant performances of late, and an all-important win for the Blades on Wednesday. Backing a Sheffield United defender may be crazy considering the defensive crisis they are currently in, but I’m confident Ampadu will score well against Southampton. The Saints aren’t exactly firing on all cylinders at the moment!

And speaking of Southampton, I’m backing their young midfielder Nathan Tella (1% ownership) for their Double Gameweek 27. The 21-year-old Englishman started his first Premier League game in Gameweek 25 and performed really well during his 57 minutes on the field. Tella scored a solid 6 points and generally played pretty well. Southampton is on poor form so I expect a couple of changes from their most recent defeat against Everton. If Tella starts against Sheffield United, he’s got a chance of bagging a decent points score. Southampton then faces Manchester City on Wednesday, but any points Tella picks up from that one would be a bonus.

Next up in the Gameweek 27 Sleepers XI is Joe Willock (18% ownership). I did not expect to be picking a Newcastle player this week, but the Arsenal loanee has been playing really well in recent weeks. @draftgenie picked out Willock in his Waiver Wire Targets yesterday, as his points-scoring performances have been pretty impressive. He’s scored 22, 4.5, 5.5, and 15.5 since arriving in Tyneside and he’s certainly worth a shot if he’s a free agent in your Fantrax league. Newcastle is poor, but Willock is now their only shining light.

Harrison Reed (29% ownership) is quickly becoming one of my favorite steady-scoring midfielders. The Fulham man scored 14 points across his two games last week and should score well once again this weekend. The Cottagers do face Liverpool away, but I’m still going to start Reed in the 12 team league I own him in. Fulham is playing really well at the moment, Liverpool is on poor form, and Reed usually scores pretty well despite his opposition. I also couldn’t go an article without picking a Fulham asset.

I’m kicking off my Gameweek 27 Sleepers XI Forwards with yet another West Brom asset. Mbaye Diagne (47% ownership) scored 10 points across his two fixtures last week. Not an amazing score, but his performances have deserved better. The Senegalese striker is a beast of a man, and I’m not expecting the Newcastle backline to be able to deal with him. Diagne may not score, but I think he’ll pick up some decent points this weekend. Worth a punt based on the fixture!

And finally, I’m backing an old favorite in Chris Wood (48% ownership). The big Kiwi returned to first-team action during Gameweek 26 and scored an impressive 10 points during the 1-1 draw with Leicester. I watched most of that game, and Burnley was surprisingly good. They created a lot and genuinely looked better than I’ve seen them in a long time. I would highly recommend signing Wood if you can; he’s a solid FWD3 who will serve you well over the coming games.

I would also like to draw your attention to Rodrigo Moreno (55% ownership), who is likely to be a free agent in many Fantrax leagues. The Leeds forward is nearly back to full fitness, and should score well between now and the end of the season!