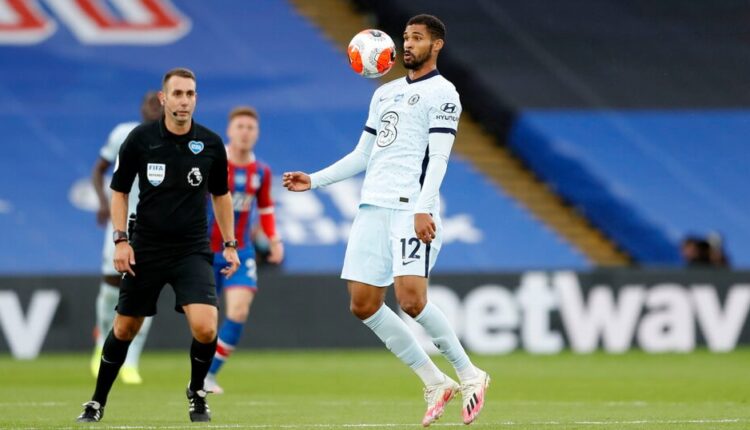 Our Gameweek 26 Sleepers XI article provides Fantrax managers with a lineup of Fantasy EPL hidden gems.  Our starting eleven of Draft Premier League differential picks will help you find a golden ticket to a big score this weekend!  These hints and tips will give you a better chance of picking up an all-important victory, as one of our Fantasy EPL sleeper picks could easily make the difference in a Head-to-Head game!

We’ve got a Double Gameweek 26, with an incredible 14 teams featuring twice during the gameweek. Check out the full announcement from the Premier League here. But I’m not going to be focusing on that during the introduction to my Gameweek 26 Sleepers XI.

Instead, I wanted to highlight a few issues regarding mental health within Fantasy EPL that have been raised this week. All season I’ve been telling people to enjoy this season as much as you can, it’s increasingly unpredictable and the fixture schedule is just relentless. This is a GAME that we play for FUN as an ESCAPE from everything else that’s going on in the world.

My Fantrax HQ colleague @the_innergeek has produced a survey for a research project he’s undertaking exploring mental health in Fantasy EPL players. Please do take the time to complete the survey if you can spare 10 minutes. It’s a really important topic! I would also like to draw your attention to a couple of tweets from @DraftAnswers and @Thunshot. Check out these threads here and here; they feature some really interesting themes and comments that I highly recommend reading through.

I’m going back to an old favorite for the Gameweek 26 Sleepers XI Goalkeeper; Alphonse Areola (55% ownership). The Fulham shot-stopper has been playing really well in recent months. He’s the 4th highest scoring goalkeeper since 1st January! The Cottagers are increasingly solid at the back, and Areola is benefitting from a distinct lack of goals being conceded. Fulham faces Crystal Palace and Tottenham during their Double Gameweek 26.

Kicking off the Gameweek 26 Sleepers XI Defense is Joel Veltman (47% ownership). The Dutchman has continued his fine form since I last featured him, scoring his first Brighton goal on Monday night. Veltman is the 6th highest scoring defender since 1st January!! He’s a good defender, gets forward well down the right, and is likely to keep Lamptey out of the side when he eventually returns. There is still time to get in on the action; Veltman is still a free agent in over half of Fantrax leagues and faces West Brom this weekend!

Next up I’m backing Tosin Adarabioyo (35% ownership) once again after another impressive performance in Gameweek 25. The huge center-back is playing really well in a side that is increasingly solid in defense. Last week I noted that Adarabioyo and Andersen might be safer bets for points going forward than the Fulham full-backs who may suffer rotation, and this was proved correct as Tete dropped out in favor of Robinson against Sheffield United. I stand by this statement heading into Double Gameweek 26. Fulham faces Crystal Palace away and Tottenham at home.

I’m taking a punt on a West Brom defender for their Double Gameweek 26. The Baggies have played fairly well defensively the last two games, as they conceded just once to Manchester United, and gained a clean sheet against Burnley despite playing with 10 men for a large chunk of the game. Kyle Bartley (5% ownership) is the man I’m picking for the games against Brighton and Everton. Both of these are at home, and one clean sheet should be achievable. Furlong is a good alternative, but I’m not sure if he will start both games.

My final Gameweek 26 Sleepers XI defender is Ahmed Elmohamady (7% ownership). The former Hull City right-back is due an extended period in the side after Matty Cash was ruled out for a few weeks with a hamstring injury. Elmohamady started against Leicester at the weekend and gained 12.25 ghost points, which was very encouraging. Villa face trips to Leeds and Sheffield United during their Double Gameweek 26. If they can limit the number of goals conceded, Elmohamady should end the week with 15 to 20 points. Nice little pick-up here if you still can.

I’m going to start the Gameweek 26 Sleepers XI Midfield with a footballing superstar. Gareth Bale (56% ownership) is a big-name player with a glowing resumé, but it’s pretty safe to say this season at Tottenham has been a disaster. However, the Welshman has appeared from the bench in the last two EPL games and performed pretty well. He was on the bench for Tottenham’s Europa League game on Wednesday, so I’m backing Bale to start this weekend. I think he’ll start at least one game during their Double Gameweek 26 against Burnley and Fulham, and score 15 to 20 points. I signed Bale last week in the @Kickaround Podcast League in preparation for the double.

I’m following up with a personal favorite; Ruben Loftus-Cheek (22% ownership). The Cheeky One (sorry) has been fairly hit and miss with regards to Fantrax scores in recent months, but he has been playing really well. The Englishman gained a really strong 16 points against Sheffield United at the weekend, without any attacking returns. Fulham faces Crystal Palace and Tottenham for their Double Gameweek 26, and I’m backing Loftus-Cheek to score at least 15 points. He’s a much better footballer than his points scores suggest, and Fulham is a much better side than their league table position suggests.

Next up in my Gameweek 26 Sleepers XI is a massive punt. Trezeguet (22% ownership) has appeared from the bench for the last 20 minutes of action for the last four games. I’m hoping he’s done enough to earn a start against Leeds and then plays well enough to keep his place in the side for the trip to Sheffield United. Like Bale above, I signed Trezeguet last week in preparation, and hope, for Double Gameweek 26. Grealish is likely to miss out this weekend and El Ghazi did not impress against Leicester in Gameweek 25. Now is the time for Trezeguet to rise once again!

I’m finishing off the midfielders with a classic steady scoring player. Josh Brownhill (16% ownership) has recently returned from injury and started his first game for a while at the weekend. How many points did he score? 8.5. It’s what he does. Burnley have two matches during Gameweek 26, and Brownhill should gain a solid 15 points. Can’t complain about that! Harrison Reed is another player on decent form who fits into this category.

My Gameweek 26 Sleepers XI Forwards are two players that arrived into the Premier League in January, and still have pretty low ownership.

Willian Jose (39% ownership) has played fairly well for Wolves since his arrival on loan from Real Sociedad. The 29-year-old Brazilian gained his first ghost point haul in Gameweek 25, courtesy of four Key Passes and 3 Aerials Won. Wolves face Newcastle away on Saturday, followed by Manchester City away on Tuesday. Jose has an opportunity to score well in his first game, and anything he scores during the second game is a bonus. A double-figure points score should be achieved.

And completing my Gameweek 26 Sleepers XI is Mbaye Diagne (36% ownership). I featured the West Brom forward last week, and I’m going back for more after a decent score or 6.5 points against Burnley. The Senegalese forward has played really well during his brief Premier League career and was once on the books of Italian giants Juventus. During Gameweek 26 Diagne faces both Brighton and Everton at home, and he looks set for a score in the region of 15 to 20 points. I would highly recommend bringing him in for this gameweek and beyond.