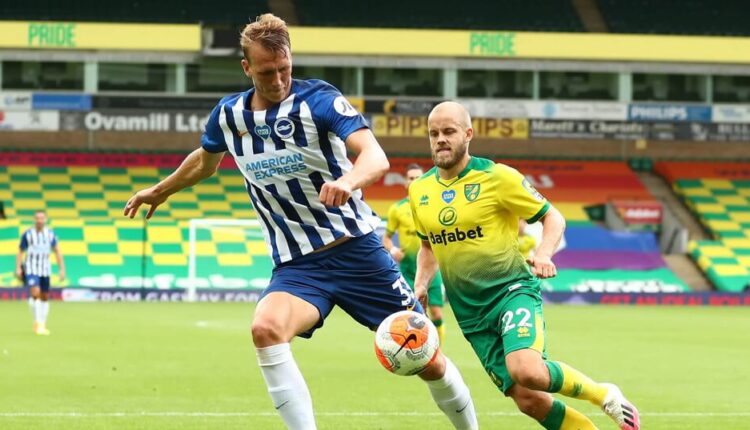 Our Gameweek 25 Sleepers XI article provides Fantrax managers with a lineup of Fantasy EPL hidden gems.  Our starting eleven of Draft Premier League differential picks will help you find a golden ticket to a big score this weekend!  These hints and tips will give you a better chance of picking up an all-important victory, as one of our Fantasy EPL sleeper picks could easily make the difference in a Head-to-Head game!

This week it’s a Double Gameweek 25 for Leeds United and Southampton. For me it’s better to start a good player with a Single Gameweek, rather than a decent/average player with a Double Gameweek. Unless they have TWO good fixtures. Both of these sides with two games do not have that. Bielsa’s men face Wolves (away) and then Southampton (home). Saints play Chelsea (home) followed by Leeds (away).

There are only two low ownership players from these two sides that I would start for their Double Gameweek 25. Liam Cooper (44% ownership) has a good base of ghost points, so he should be trusted to make it into double figures. And Nathan Redmond (45% ownership) has returned to the starting eleven and shown good Fantrax form. Other than that, I would ignore the Double Gameweek trap. Check out my Twitter thread for further details on players from Leeds and Southampton.

A key part of streaming is obviously looking for players who have good fixtures. Gameweek 25 sees a lot of the top teams playing each other, and similarly a lot of the bottom teams playing each other. The beauty of the teams who feature in the bottom half of the table; they have plenty of low ownership gems to tap into! For this Gameweek 25 Sleepers XI article I will be featuring players from just three fixtures. Brighton v Crystal Palace, Burnley v West Brom, and Fulham v Sheffield United. I picked these eleven players in my head last night when I was trying to get to sleep. I’ve always got those Fantrax differentials on my mind!!

Last week I picked Robert Sanchez (32% ownership) ahead of Areola, despite the Spaniard only having one fixture. He scored a really respectable 10 points, and I’m going back for more for the Gameweek 25 Sleepers XI. The Brighton shot-stopper is playing well, making saves, and keeping clean sheets. What more could you ask for?! I highly recommend bringing in Sanchez if you haven’t already. The Seagulls are defensively solid and have a decent next couple of fixtures.

Kicking off the Gameweek 25 Sleepers XI defense is Fulham monster Tosin Adarabioyo (31% ownership). Obviously, I’m starting with a Fulham asset. I love their vibes and they have so many low ownership gems that interest me. Adarabioyo scored a huge 22.5 points in Gameweek 24, and it looks as though he and his central defensive partner Andersen (19% ownership) might be safer bets for points going forward than the Fulham full-backs who may suffer rotation. The Englishman asserts himself well on the field and is really good in the air. The Cottagers face Sheffield United this weekend.

And speaking of Sheffield United, I’ve just got to pick my boy Jayden Bogle (16% ownership) too. The Blades defender scores pretty well for ghost points and is one of the only bright spots of their team from a Fantrax perspective. My fellow Fantrax HQ writer @tottiandor is also a big fan of Bogle, but I think I can stake a claim to be a bigger fan. I realized a couple of weeks ago that I actually watched him play live when he was at Derby County. Have you ever seen Bogle in person Totti?!

I’m backing a Brighton defender, as well as their goalkeeper, due to the home fixture against Crystal Palace. Dan Burn (18% ownership) is my player of choice, after his place in the side being near enough nailed on after the season-ending injury to Solly March. The left-back or left wing-back berth should be his for the rest of the season. Burn scored a huge 16.25 points last season, and he gets forward surprisingly well. Veltman (30% ownership) is a better option, but I’ve featured him a lot over the last month.

Finishing off the Gameweek 25 Sleepers XI defense is Charlie Taylor (20% ownership). The Clarets left-back returned to the Burnley side for the second half of their Double Gameweek 24, and is therefore likely to be free in most leagues as he missed their first game. Taylor scored 7.75 points during the 1-1 draw, which is fine for a defender. Burnley face West Brom at home, and I’m backing him for a clean sheet, and another decent ghost points display.

I’m going to start the Gameweek 25 Sleepers XI midfield with another Fulham asset. Harrison Reed (23% ownership) makes the team for the first time, after establishing himself in Parker’s side. The former Southampton man impresses me every time I watch him play. He’s good on the ball, he gets stuck in, and has good technical ability. Reed usually scores around the 7 or 8 points mark, but that’s fine. Every team needs a steady scoring midfielder.

Next up is Ashley Westwood (60% ownership), fresh off a great 17 points during Gameweek 24. The Burnley man is not a sexy pick, but he takes most of the set pieces and is one of their most creative players. The Clarets rely on set pieces a fair bit, and I’m expecting this to be the case when they face West Brom this weekend. Westwood should gain a decent floor of points, and always has potential for an attacking return.

I’m completing my trio of Brighton assets, and midfielders, with Alexis Mac Allister (13% ownership). The Argentinean is continuing to establish himself in Potter’s side, and despite my best efforts on promoting him regularly in these articles, his ownership is still very low. Mac Allister scores well for ghost points, he passes the all-important ‘eye test’, and he shoots a lot. I’ll be starting him this weekend in both of the leagues I own him in.

I’m backing Ashley Barnes (26% ownership) as my Burnley forward of choice, although Jay Rodriguez (15% ownership) is also a good option. Barnes scored well for ghost points against Crystal Palace and bagged a goal against Fulham, ending Gameweek 24 on 23 points. With Wood out injured, the Englishman is Dyche’s most established striker. I’m hoping for another good display against West Brom this weekend.

And next up in my Gameweek 25 Sleepers XI is a West Brom player. I know you’ve been wondering when I was going to pick one after the opening blurb. Mbaye Diagne (25% ownership) makes the team after a really impressive performance against Manchester United at the weekend. I caught some of the game, and he was quite simply dominating the United backline. The man is a beast. He’s going to have some fun against the Burnley defense this weekend! Diagne looks like a decent player, and a good Fantrax asset.

My final Gameweek 25 Sleepers XI pick is Josh Maja (32% ownership). I just had to. The January arrival started his first game for Fulham on Sunday and scored two goals! Maja followed this up with a decent ghost points display against Burnley on Wednesday and looks set to start for the foreseeable future. Fulham have been desperate for a forward who can score goals, and it looks as though the former Sunderland youngster could be the solution.