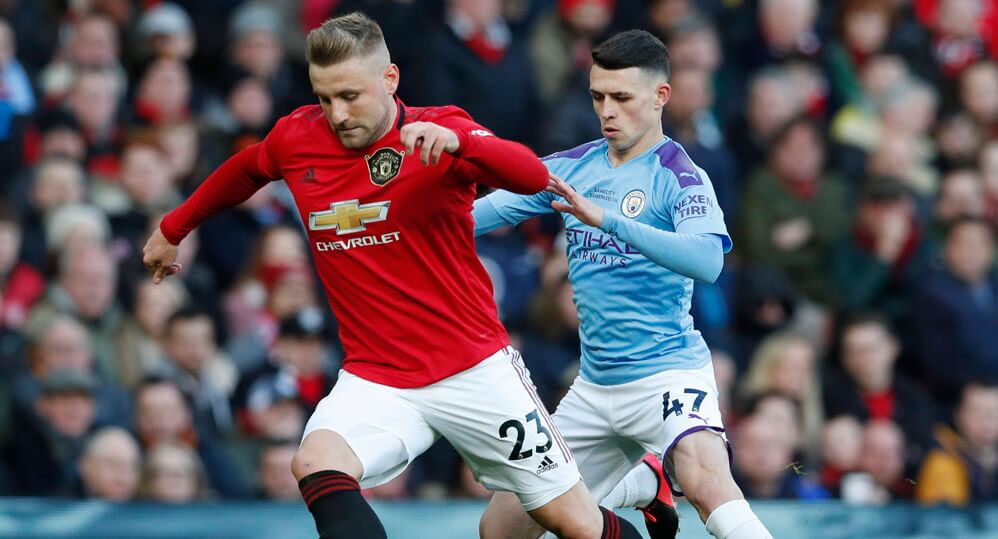 Our Gameweek 25 Player Rankings are here to outline the current prospects of key Fantasy EPL players.  The ‘Hot’ or ‘Cold’ status will help take away your emotional attachment to certain Draft Premier League players and bring in the players that you need to help you dominate your Fantrax Draft League!

What’s Changed?: The top scorer in the EPL in 2021, and the vital cog in the City midfield with De Bruyne hurt, Gundogan is having an incredible run of form that is impossible to ignore. He has been key to City’s great run as they push on to the EPL title. De Bruyne being out hurt has helped Gundogan advance more forward and get into positions to allow him to get more returns. I do expect Gundogan to experience a dip in form in terms of goals when De Bruyne is fully fit, so now could be the perfect time to trade him out on a high. I would aim for a MID1 level player and hope the other manager believes Gundogan can continue.

What’s Changed?: Shaw has the most assists of any EPL player in 2021 with four, and has been one of the best United players in recent months. He has commanded corners, and led dangerous attacks down the left side, constantly pumping in quality crosses. It is safe to say Luke Shaw is having his best season as a United player and is probably the most in form left back right now. I would consider Shaw a top-five defender over the rest of the season, with the potential to provide double-digit scores almost every week. His key pass numbers have increased, and if United improves their clean sheet output his scores can only improve from there.

What’s Changed?: Leicester City has been in great form over the last month and this season in general. Barnes in particular is having himself a nice purple patch, after a poor “project restart” showing, Rodgers is getting the best out of the Leicester winger. Barnes capped off his most recent display with a goal and a fantasy assist for just under 30 points in the 3-1 Liverpool win. Leicester comes into a good schedule over the next four games, and Barnes should be someone you look to trade in. Barnes should provide high MID2 value over the rest of the season.

What’s Changed?: Digne has not been the same since returning from his lengthy layoff, and specifically over the last month. Everton as a whole have failed to keep a clean sheet since their win vs. Chelsea back in December, and seem to be conceding goals for fun at the moment. Digne was known for commanding set plays, and having one of the highest defender floors in Fantrax. With Gylfi and James in the team, Digne takes let set pieces taking away his key pass and assist potential. I am in the camp that no longer believes Digne is a top 5 defender with players such as Shaw and Targett showing much better form.

Recommendation: I would look to trade out Digne for a lesser named DEF1 such as Shaw, or for a MID2/3 such as: Ward-Prowse, Antonio, Pogba, or Barkley.

What’s Changed?: Another Everton player makes the list. James has struggled since his first injury layoff a few months ago, and it seems teams have figured out his play style. I have never been a fan of Rodriguez personally, but his injury record and lack of consistency makes him a prime candidate for this list. Rodriguez should still be considered a low end MID2 – high end MID3 due to his set pieces, but will frustrate managers with his constant “rests”, and time on the sidelines. Everton as a whole are struggling, and James is suffering from that as well as the likes of Digne, Richarlson, and every Everton asset not named Calvert-Lewin.

Recommendation: I am all for trading out James for a more consistent starter with similar upside. Look to target the Everton fan in you league, and package James in a deal to get back someone like Harvey Barnes.

What’s Changed?: Ziyech has only seen 1 start since Tuchel has arrived, and unfortunately, may continue too struggle for playing time, in a Chelsea side in fine form. Tuchel seems to prefer using wingbacks as opposed to wingers, which really hurts the playtime of players such as Pulisic and Ziyech. With the likes of Mount, Kovacic, and Jorginho in great form, I can’t see Ziyech winning back his spot anytime soon. I do think Ziyech will get at least 2-4 more starts over the rest of the season depending on Champions League rotation, and injuries, but he is unfortunately nothing more than an elite streamer until proven otherwise.

Recommendation: Ziyech is too big of a “name” to drop, but look to trade him out for useable every week value. Look for deals including players such as: Saint-Maximin, Lingard, Trossard, and Eze.