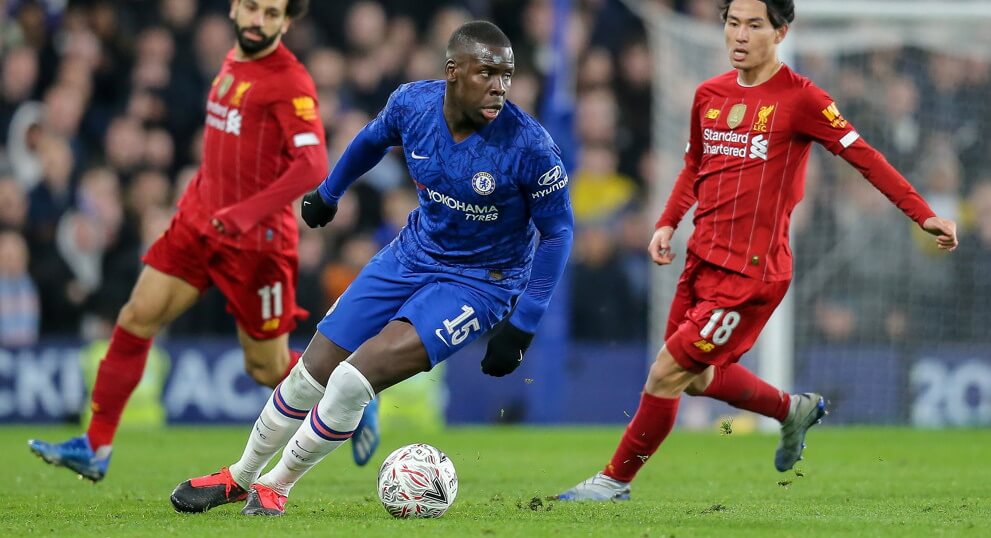 Our Gameweek 18 Player Rankings are here to outline the current prospects of key Fantasy EPL players.  The ‘Hot’ or ‘Cold’ status will help take away your emotional attachment to certain Draft Premier League players and bring in the players that you need to help you dominate your Fantrax Draft League!

What’s Changed?: El Ghazi is only second to Bruno in scoring over the last month. The Aston Villa winger has seen the best form of his life over the festive period, scoring 5 goals over the last month. Aston Villa as a whole have been a tough side to beat this season, but the form of El Ghazi has taken the EPL by storm. I do heavily expect him to slow down, and potentially face rotation when Trezeguet and Barkley are both fully fit. Now would be the perfect time to sell high on El Ghazi, as his purple patch comes to an end. I would aim as high as possible given his form, but would settle for someone within the MID2 range such as Ward-Prowse, Antonio, or Mount.

What’s Changed?: Martial has come into his best form of the season scoring two goals and providing four assists over the last month. That is basically all of his attacking returns for the season, but Martial looks to have some confidence back in him. United have been a much better side over the last month, now tied at the top of the EPL table with Liverpool. Martial will need to continue this form if United want to put up a serious title fight. I would back Martial to provide FWD2 value over the rest of the season, with some purple patches of great form, and some ones of very poor form. I would try to bring Martial in ahead of a decent run of fixtures for United.

What’s Changed?: Cash has been one of the top defenders over the festive season despite providing just one assist. Cash has been great for ghost points, and has added a few clean sheets in that mix helping him provide DEF1 value the last month. I would personally look to trade out Cash immediately, as I expect a massive fall in his form. Aston Villa come up into a tough schedule with minimal rest, where I don’t expect them to clean sheets in any but one of their next five games. Right now I would try to offer Cash in package deals for the likes of Chilwell, Alexander-Arnold, Cancelo, and Zouma.

What’s Changed?: In his last seven games Werner has 0 goals and 2 assists. It is clear Lampard is struggling to get the best out of Werner this season. Chelsea as a whole struggled over the festive period on both ends of the pitch. Throughout this season Werner has been used in numerous roles such as on the wing or up top, and has struggled to get firing. His biggest upside comes from being Chelsea’s main penalty taker. Chelsea have a mixed run of games coming up where they will need points before Lampard’s job comes under serious threat, and Werner will be key to that. I would hope that Werner provides low end FWD1 value to finish this season, but it looks more likely he will be a FWD2.

Recommendation: I would look to buy low on Werner and bring him in as your FWD2.

What’s Changed?: Chilwell has fallen back to earth after an incredible start to the season, but has struggled over the last month. Despite getting two assists he still managed to average just 4.42 PPM in his last seven games. He has been taken off of set pieces in favour of Mason Mount, and is struggling to put up the same attacking stats he once did. A lot of this will come down to Chelsea struggling as a whole defensively, keeping just 1 clean sheet in their last 7 games. You would expect a slight improvement defensively, which should see Chilwell improve slightly. I will still back Chilwell to be a top 5 defender this season and provide DEF1 value,

Recommendation: I’d highly recommend trading in Chilwell, and offering out a defender or midfielder on a high. Maybe try offering the likes of: Cash, El Ghazi, Tierney, or Bednerak in deals for Chilwell.

What’s Changed?: Mahrez hasn’t seen strong minutes over the last month, and has struggled in the minutes he has gotten. Ever since his masterclass against Burnley Mahrez has truly struggled. Despite City being struck by COVID and injuries he still couldn’t get a start against Chelsea. The only benefit to holding Mahrez is that dream schedule coming up, including a double gameweek. The worrying part will be if he manages less than three starts in the next five games. Pep rotation is near impossible to predict, but if Mahrez continues to fail to crack the XI he can be thought as a member of the B team.

Recommendation: I’d be looking to hold Mahrez unless you can get lower end FWD1 value for him. If someone in your league is frustrated with Mahrez, it is worth a lowball offer if you can afford to hold his rotation.

Fantrax was one of the fastest-growing fantasy sites of 2020, and we’re not slowing down in 2021! With multi-team trades, designated commissioner/league managers, and drag/drop easy click methods, Fantrax is sure to excite the serious fantasy sports fan – sign up now for a free year at Fantrax.com.