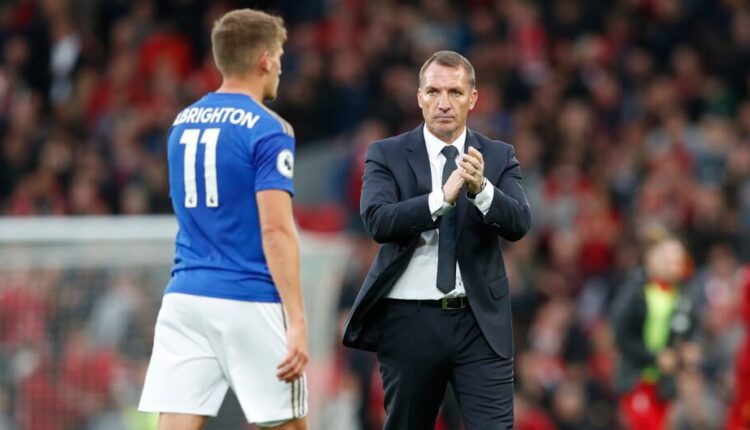 Our Gameweek 17 Sleepers XI article provides Fantrax managers with a lineup of Fantasy EPL hidden gems.  Our starting eleven of Draft Premier League differential picks will help you find a golden ticket to a big score this weekend!  These hints and tips will give you a better chance of picking up an all-important victory, as one of our Fantasy EPL sleeper picks could easily make the difference in a Head-to-Head game!

N.B. Due to time constraints, this article was written on Wednesday, prior to the conclusion of the final two matches of Gameweek 16. I will therefore not be recommending any players from Tottenham, Fulham, Liverpool, or Newcastle without knowledge of the lineups or results.

It’s 7:46 am on Wednesday 30th December. I’ve just sat down with my first cup of tea of the day. My girlfriend thinks I’m working (not that it matters). COVID-19 cases in the UK are getting out of control. The infection rate is higher than it was back in March when the Premier League was postponed. Yes, we have a vaccine. But it will likely take months for this to have an impact. Everton v Manchester City was called off on Monday, and it looks as though this evening’s Tottenham v Fulham fixture will also not go ahead. Sheffield United was without several first-team players during their 1-0 defeat to Burnley last night.

I’ve been telling people this all season. Try not to take this one so seriously. It’s unbelievably unpredictable with results, injuries, rotation, and players missing out due to positive COVID tests. Imagine if you drafted De Bruyne, Vardy, Bowen, and Calvert-Lewin in the first four rounds. You used your whole FAAB budget to acquire Kane from another manager immediately after the draft. You picked up Zouma and Cancelo on waivers early in the season. You trusted Fulham before anyone else and brought in Robinson and Cavaleiro. You took a punt on Sigurdsson when Rodriguez went down with an injury. You have an amazing team. You basically scored zero points in Gameweek 16.

Chelsea v Manchester City and Burnley v Fulham are likely to be postponed this weekend also.

Enjoy the football while it’s here. Enjoy playing Fantasy EPL on Fantrax while you can. Don’t get bogged down in the particulars of each and every gameweek. Just try to enjoy it. You’ll come through this madness a much better Fantrax manager.

Now to find some low ownership players who might play this weekend!

Prospects: I’m kicking off my Gameweek 17 Sleepers XI with Vincente Guaita. The Crystal Palace shot-stopper hasn’t been on great Fantrax points scoring form so far this season, but he did save a penalty last time around to gain a double-digit score. The Eagles face bottom of the league Sheffield United this weekend, and that’s pretty much the only reason I’m backing Guaita. Defenders playing against the Blades’ toothless attack usually score well.

Prospects: And that’s exactly why I’m doubling up on the Palace backline. Patrick Van Aanholt sat out the 1-1 draw with Leicester last gameweek, and therefore I’m backing him to start this one. With an insane amount of festive rotation going on, this Gameweek 17 Sleepers XI is going to be about one thing; finding players who should start. Van Aanholt ticks the box in that respect and is also playing against that toothless Sheffield United attack I mentioned. The Dutch left-back also has the odd attacking return in his locker!

Prospects: Since the arrival of Telles, Luke Shaw has actually been playing pretty well. And scoring fairly well on Fantrax! Unbelievable. The Manchester United left-back actually replaced Telles at half-time in Gameweek 16, and I’m backing him to play from the off on New Years Day against Aston Villa. The Red Devils have been ok at the back, so I wouldn’t expect them to ship too many goals in Gameweek 17. Shaw is a decent add for this week, and for the foreseeable future actually.

Prospects: I’m a bit confused by Arsenal at the moment. A couple of weeks back they were playing pretty much all of their big-name players and losing. Now Arteta has moved across to playing a more youthful side featuring the likes of Martinelli, Mari, and Smith-Rowe, and they are now winning. A similarly less experienced player who has actually been starting most games in recent months is Rob Holding. The former Bolton Wanderers defender has been scoring fairly well and faces a West Bromwich Albion side fresh off a 5-0 defeat to Leeds. Holding looks to be a good streamer for Gameweek 17.

Prospects: From Holding to Holgate. Mason Holgate. The young Everton defender gets the nod in my Gameweek 17 Sleepers XI after some encouraging recent displays. Holgate has scored over 20 points in two of his last three games, with the Gameweek 15 performance against Sheffield United a particular highlight. The Englishman gained a whopping 14.5 points worth of ghost points, giving him a total of 20.5 points with the clean sheet. More of this, please! Everton face West Ham in the opening fixture of the weekend.

Prospects: I backed Erik Pieters last week as he was all set for a clean sheet and a start in midfield. The Burnley boys completed their clean sheet task, but unfortunately, an injury to Taylor meant that Pieters played the majority of the game in defense. But fear not, this is actually a good thing. Fantrax managers playing in larger leagues now have access to a likely starter for Burnley’s next couple of games.

At the time of writing Fulham’s match against Tottenham is going ahead, but if this one is called off, the Gameweek 17 fixture between Burnley and Fulham likely won’t go ahead either. Pieters is a decent little pick-up for this weekend if the game goes ahead.

Prospects: Alex Iwobi has now started seven games in a row for Everton, and is picking up really strong ghost points. I featured the Nigerian winger last week, so I’ll keep this one brief. Sign Iwobi if he’s free in your league. The way the team is set up right now is benefitting him greatly. Rodriguez is going to miss out again, so the way Everton are playing is likely to remain the same.

Prospects: Next up is a man that sat out during the mid-week fixtures. Welcome to the Gameweek 17 Sleepers XI Wilfred Ndidi. Another Nigerian midfielder! Ndidi is a player you can trust to start most games and score a solid 7-9 points each game. The Leicester man is now back to full fitness and is guaranteed to start this weekend as the Foxes play Newcastle. A steady scoring midfielder is essential, especially during the festive period.

Prospects: Another Leicester City player that sat out the last game was Marc Albrighton. So I’m backing him to be rotated back into the side for the trip to Newcastle. The Premier League veteran has been fairly constant in Rodgers’ side the last couple of months and even managed back-to-back double-digit hauls at the start of December. If Albrighton is a free agent in your Fantrax league, he’s worth a punt on a weekend where starting players are going to be at a premium.

Prospects: So Leeds are playing Tottenham this weekend, and they are likely to have had an extended break since their last game. Ezgjan Alioski is also playing in defense and classified as a midfielder on Fantrax. But, he did score pretty well in Gameweek 16 and I would expect him to start once again. Bielsa doesn’t seem to rotate his squad too much, and therefore Alioski is a low ownership route to a starting asset. Along with Pascal Struijk, the Macedonian is enjoying his extended period in the starting eleven.

Prospects: Danny Welbeck has been a bit of a revelation since breaking into the Brighton team in early November. The veteran striker has an average score of 8.39 points per game. But his stats are actually better than that. Welbeck averages 10 points per start and 11.9 points per 90 minutes. Thanks @drafterthoughts. The former Manchester United and Arsenal man has proved his fitness and is starting regularly. He’s an ideal FWD3 for any Fantrax roster. Welbeck sat out the last game due to a slight injury, but I’m fairly confident he’s going to start against Wolves in Gameweek 17.

The figures quoted above can be found in this wonderful Useful Draft Premier League Metrics article.