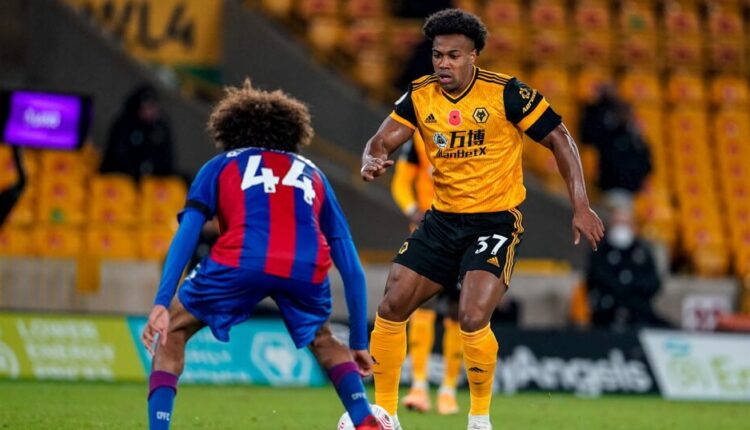 Getting your team selection correct in Draft Premier League is just as essential as your pre-season draft or your weekly waiver wire claims. And that’s exactly why we’re here to help with our Gameweek 16 Start and Sit article! We’re here to help you with some of the big Fantasy EPL decisions you may need to make for the upcoming fixtures.

The first half of the season is nearly complete, with just one more week to go until the EPL pauses for a month and a half. One of the positives I’m taking away from the impending World Cup break and subsequent hiatus for Premier League fantasy is the opportunity to get some objective distance from my teams and come back with clear eyes and a full heart for the second half of the marathon campaign. There’s still one final hurtle to clear, though, and the opportunity to earn a win to help boost that can’t lose attitude. Here are some players you should feel confident calling on if they’re on your roster or available for pickup in your leagues.

Danny Ward had the unenviable task of filling club legend Kasper Schmeichel’s boots at Leicester, and quickly became a bit of a laughingstock with his poor performances to begin this season. However, Brendan Rodgers seems to have found a system that works for his players and the Foxes have been much improved of late, including their shot-stopper. If you need an option to stream in goal, you could certainly do worse than a match against a struggling West Ham side.

In defense, Manuel Akanji has played well enough to be a regular starter for Man City, who should have enough quality to see off Brentford. Akanji doesn’t tend to rack up too many points from peripheral stats, so this is more of a play for a potential clean sheet. I don’t love counting on those for points, but the options among lower-rostered defenders this week are very thin. Serge Aurier and Pervis Estupinan are perhaps less likely to earn you a clean sheet bonus this weekend, but both offer much more in the way of ghost point production for their teams, who both have attractive enough fixtures to roll out in the hopes of a strong all-around performance.

Further up the pitch, Casemiro has been providing a steady floor of points from the holding role in United’s midfield. Don’t let the Red Devils’ poor performance against Villa in Gameweek 15 dissuade you from calling on the Brazilian if you need to this week (though, with it being the last game of the week, keep an eye on other options that may offer more upside). Jeffrey Schlupp is another reliable performer who has worked his way into the starting lineup at Palace ahead of their match against bottom-of-the-table Nottingham Forest. For an injection of upside potential, I’m calling on Lucas Paqueta and Crysencio Summerville to be worthwhile starters despite tougher match-ups against Leicester and Tottenham, respectively. Yes, I said Leicester is a tough match-up.

Three defenders and four midfielders leaves room for a quite potent attacking trio. Willian has been in fantastic form and you should feel safe playing him despite coming up against Man United. Jordan Ayew has the potential to be deployed as the central striker against Forest (a scenario that’s almost always worth betting on), and you shouldn’t be too worried about the fact that Adama Traore was not in the starting lineup in Gameweek 15 as he was just given a rest. A match against Arsenal is a tough one, but we know Traore’s qualities and penchant for picking up points even without attacking returns.

It’s tough to recommend that you bench the #1 overall goalkeeper, but that’s exactly what I’m advising you do with David Raya if you can this week, as Brentford travel to the Etihad to face Man City. Raya typically does make quite a few saves, so he could do alright, but there’s also the potential for him to be on the end of a drubbing. That same logic applies this week to Ben Mee (and any other Brentford defender you may roster).

The rest of the 5-man defense is made up of players who have past pedigree as valuable fantasy assets, but who aren’t in the best form or don’t have the best set of circumstances on the horizon for this weekend. Lucas Digne scored a goal in the win over United in Unai Emery’s first match in charge, but didn’t do a whole lot else. I fancy Brighton to score at least one and am not confident the French fullback repeats the feat from last week. Marc Cucurella has fallen victim to being on a wildly out of sorts Chelsea team and faces one of the most in-form teams in Newcastle this time around. Timothy Castagne and Pascal Struijk have been some of the most surprisingly positive fantasy performers this season, but aren’t projected to score particularly well. Defense is tricky this week, but if you have other options you can start instead, I would do so.

I’m going for the rarely seen 5-2-3 formation this week, with midfielders on the whole looking pretty decent for points returns, especially compared to defenders. Ruben Neves has been in stellar form for Wolves, but a match against high-flying Arsenal is cause for concern when assessing his fantasy potential this weekend. Anthony Gordon is very much in the opposite situation, with a good fixture against Bournemouth. However, he has been in dreadful form for Everton and was recently dropped in favor of Dwight McNeil. That could be the case again this weekend, but even if Gordon does get a start it’s difficult to see him all of a sudden being a fantasy stud for your team.

Up top, it’s the expected return to Brentford and a call to bench Gameweek 15 goalscorer Bryan Mbeumo. City don’t allow many chances, and the Frenchman will likely lose penalty duty with the return of Ivan Toney to take away the possibility of an easier route to a goal. A new manager at Wolves may result in a bump, but could also mean uncertainty in terms of who starts. Daniel Podence has been putting up decent scores of late, but you may be able to find a player with a better match-up to offer a little better odds than facing one of the league’s top sides. Finally, name value alone is not enough to keep Raheem Sterling in my good graces, particularly against a very solid Newcastle defense. The striker-turned-wingback just doesn’t look anywhere near his best in this Chelsea team, which is a tough pill to swallow for anyone like me who drafted the former City forward very early in the draft. Holding out hope for an uptick in form after the World Cup is really about the best you can do at this point.

Make sure you also check out our official EPL content partner, The Draft Society, for all the latest! Check out their Fantrax Weekly Player Projections page for more player evaluations for the upcoming week!