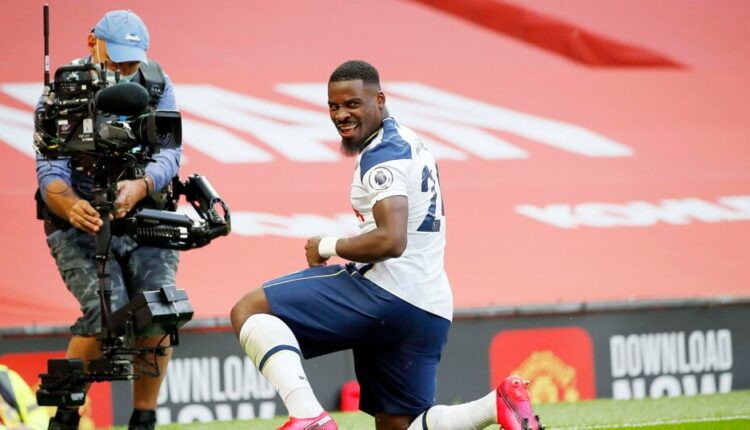 Getting your team selection correct in Draft Premier League is just as essential as your pre-season draft or your weekly waiver wire claims. And that’s exactly why we’re here to help with our Gameweek 15 Start and Sit article! We’re here to help you with some of the big Fantasy EPL decisions you may need to make for the upcoming fixtures.

We’re on the cusp of the World Cup break, with each club looking to avoid injuries whilst picking up needed points before the long respite. There aren’t too many lopsided matches this GW so we will largely rely upon form and injury absences to determine which players to start and sit. Let’s have it.

Between the sticks, we’re going with a slightly controversial pick, Bernd Leno (Fulham GK). It’s only controversial because he and the Cottagers are up against mighty Manchester City this weekend, who score goals for fun. However, Leno is the best ghost point scoring goalkeeper (and 4th overall, with 11 ghost points per start) and there’s a decent chance he picks up enough saves to offset goals conceded and still end up with a decent score. We’ll see, famous last words.

In defense, we have submitted the following team sheet: Matt Targett (Newcastle DEF), Serge Aurier (Forest DEF), James Justin (Leicester DEF), & Rasmus Kristensen (Leeds DEF). Targett has been left out in the cold for months now, losing his LB spot to big Dan Burn. But a knock to Fabian Schar may make way for the English fullback, who usually scores very well. He’s a high upside streamer if given the rare nod. Serge Aurier is a fantasy legend but has lost a few steps. Be that as it may, Forest actually have a decent matchup against an out of sorts and Ivan Toney-less Brentford at home; Serge could roll back the years. James Justin has been mediocre for much of the season but still has it in his locker to score ghost points (he put up a very respectable 5.75 against Man City last GW) and is up against a goal-shy Everton team. Last but not least, Rasmus is putting up some pretty good scores on the down-low (averaging 8 ghost points per start) and hosts Bournemouth.

The center of the park features: Lucas Moura (Tottenham MID), Joao Moutinho (Wolves MID), Koaru Mitoma (Brighton MID), and Marcus Tavernier (Bournemouth MID). Lucas has been incorporated into the Tottenham attack (if you can call it that) due to injuries to Richarlison, Kulusevski, and now Son, and his pace will likely be utilized for counterattacks against a leaky Liverpool defense. Moutinho went back to the bench last GW but should come back in this weekend and his set piece deliveries give him a nice floor of points. Mitoma, the current golden boy in the draft fantasy community, looks to build upon his first start of the season last GW and put struggling Wolves to the sword. Tavernier has been inconsistent this season but his early form shows he can score ghost points when he wants – he bagged an assist last time out and has a decent matchup against Leeds.

Finally, the two heroes leading the line are Goncalo Guedes (Wolves FWD) & Patson Daka (Leicester FWD). Guedes has been very disappointing since his exciting arrival from Valencia over the summer and has been relegated to the bench of late. But he likely comes back into the side with Diego Costa serving a red card suspension. He could also be a high upside hold over the World Cup break with Julen Lopetegui likely taking over as Wolves manager. Daka has shown glimpses of brilliance but has been rotated now that Jamie Vardy is back fit and guzzling Red Bulls. If he gets the start at Goodison Park, he’s a good FWD streamer.

This is how the other half live. At goalkeeper, we have Aaron Ramsdale (Arsenal GK). Despite Arsenal’s scintillating form, Ramsdale has been underwhelming fantasy-wise. His 6.8 points per start underlines the fact that he doesn’t make too many saves and Arsenal tend to find a way to concede a goal. Expect more of the same at Stamford Bridge this weekend.

In defense, we’re going with a back 4 of Kalidou Koulibaly (Chelsea DEF), Joe Gomez (Liverpool DEF), Emerson Royal (Tottenham DEF), & Matty Cash (Aston Villa DEF). The Chelsea defense is riddled with injuries – a makeshift backline against a dangerous Arsenal side isn’t a recipe for points for Chelsea defenders like Koulibaly. Joe Gomez has come into the Liverpool defense with injuries to Matip & Konate but he has had some nightmarish performances. He travels to Spurs this weekend, whose attack won’t really keep him busy enough to score ghost points but also has the ability to score on the counter – not a good combo. Emerson Royal, meanwhile, could be rotated and Spurs are also unlikely to keep a clean sheet against Liverpool. In the final game of the GW, you need some cover and it’s not worth it to depend on Royal. A surprise inclusion to many, Matty Cash just hasn’t really put together a complete performance this season. Don’t expect that to change this GW with Man United coming to Villa Park.

Meanwhile, the engine room consists of: Pierre-Emile Hojbjerg (Tottenham MID); Conor Gallagher (Chelsea MID); Harvey Elliott (Liverpool MID); & Emiliano Buendia (Aston Villa MID). Hojbjerg, despite getting some goals, doesn’t score enough ghost points (5.7 per start) to compensate for any failure to pick up an attacking return. He’s fairly boom or bust, with even the boom likely consisting of 15 points max with a goal, and we don’t care for that. Harvey Elliott is coming off a horrible showing (-1.5 points) the last time out and, again, Liverpool-Spurs is the last game and you don’t want to get jammed up if he doesn’t end up starting. Where to begin with Buendia? He used to score fantasy points for fun but those days are gone – he has been benched for most of the season and hasn’t really grabbed his newfound opportunities with both hands, only mustering a combined 9.5 points in his back to back starts. If you have better options, go with them.

Up top, Kai Havertz (Chelsea FWD) & Che Adams (Southampton FWD) make the cut. Havertz remains who we always knew he was – a topsy turvy, goal-dependent enigma. Against Arsenal, he won’t see much of the ball and you’d be depending on him to nick an attacking return, which is not a good place to be. Che Adams makes his sit debut this season. This may seem harsh given that he has actually scored pretty well (7.4 ghost points per start, which is very good for a FWD) but Newcastle has not been kind to the opposition. We’d rather look elsewhere if possible. And that’s your lot.

Make sure you also check out our official EPL content partner, The Draft Society, for all the latest! Check out their Fantrax Weekly Player Projections page for more player evaluations for the upcoming week!

Fantrax has been of the fastest-growing fantasy sites over the last few years, and we’re not stopping now. We are the most customizable, easy-to-use, and feature-rich platform in the industry, offering the greatest fantasy experience for your dynasty, keeper, redraft, and best ball leagues. Fantasy sports doesn’t sleep, and neither does Fantrax, with seasons running 365 days a year. Take your fantasy leagues to the next level now at Fantrax.com!
EPL Start and Sit
Share