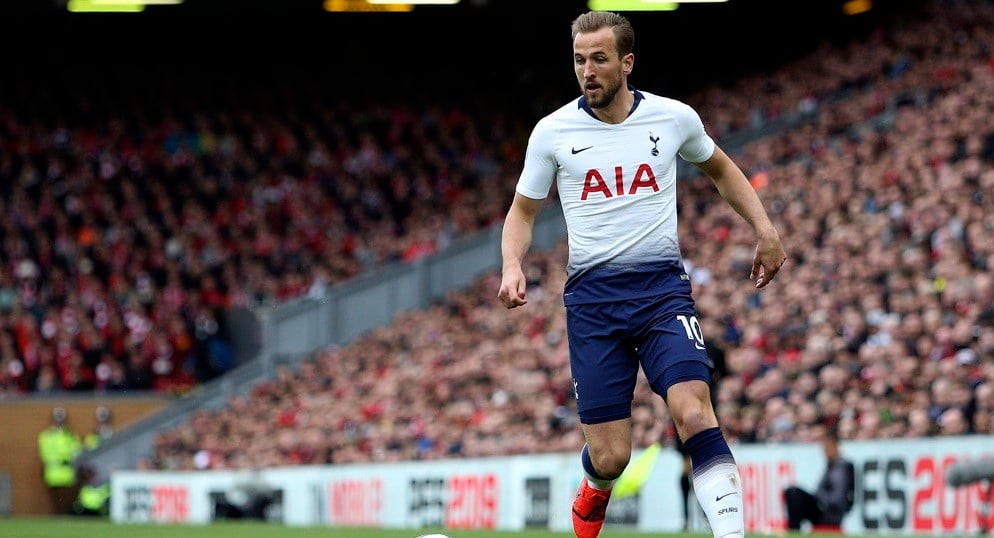 We’re delighted to welcome back Draft Premier League Community member @Drafterthoughts to Fantrax HQ for another special guest article. @Drafterthoughts is well known in the Community for his statistical analysis, and here he takes a look at Fantasy EPL players who are being drafted too early or too late! This analysis with a statistical twist will hugely help with your all-important draft prep!

5 Players Who Are Going Too Early

This man does not belong anywhere near the 1st round. Even if we ignore his problematic injury history, his PP90 has been on the decline since his peak in 2016/17. Since then (xG/90 in brackets):

Not only did his xG/90 sink to new lows last season, but his xG-to-goals discrepancy was the biggest in the league. He scored 18 goals from an xG of 10.6, for a +7.4 (or 70%) over performance. I think we can all agree that Kane is an elite finisher, having outperformed his xG in the last 3 seasons, but the previous seasons saw a 15% and 21% outperformance. 70% is worryingly unsustainable to me. Some have suggested that he was back to his best during the restart, but even then his PP90 was only 13.0. With 2,900 minutes at a PP90 of 11.6, @RotoWireAndrew projects him to be 25th overall for points. Given he has averaged 2,506 minutes over the last two seasons, even that looks generous to me. Don’t take him in the 1st round; don’t even take him in the 2nd; he’s a 3rd round pick at best this season.

Man Utd fans are understandably excited about the prospect of a whole season with Bruno Fernandes and Paul Pogba playing in the same side. But with Bruno taking up the creative slack, not to mention penalty duties, where are Pogba’s points going to come from? In 2018/19 he scored 13 goals, but 7 of them were from penalties. He will remain a useful asset thanks to his high ghost points output (he has averaged 9 gPP90 over the last two seasons) but given his ankle issues, plus the arrival of Donny Van de Beek as a rotation option, he is unlikely to get the 30+ starts needed to make him worthy of a 3rd, let alone 2nd, round valuation. @RotoWireAndrew puts him 53rd for total points. That feels about right to me. Take him in the 4th round if you are high on Man Utd this season; any earlier is reaching.

Foden is a hugely exciting prospect. No-one doubts his talent; last season’s PP90 of 17.2 speaks for itself. But it is not Phil we have to worry about, it is Guardiola. Most of Foden’s nine starts came during the restart, when City had nothing left to play for; is he really going to get more starts than Bernardo in central midfield, or Sterling on the wing? There are serious rotation concerns before you even consider the potential arrival of a certain diminutive Argentinian. If you are willing to shape your squad around him and make up for the lack of starts elsewhere, then go for it. I would rather avoid that headache for a 3rd round pick.

This is an easy one. Ricardo is a wonderful player who scores extremely well in Fantrax but that is irrelevant if he cannot get on the pitch. Cruciate ligament injuries are serious; injury expert Ben Dinnery does not expect him to play at all in 2020. Unless you’re playing in an easy league where you’re happy to stash him away for playoffs, don’t draft him until you have a team of reliable starters sorted first.

As an Arsenal fan, I love this man. But I do not understand why he appears to be so highly rated as a Fantrax asset. Last season he had a PP90 of 6.6. He was better during the restart (7.6) but he has never shown enough to suggest he is worth a 5th round pick. Arsenal has strengthened their defense, but the newcomers will take time to adjust and they remain far from reliable defensively. Arteta looks set to alternate between 3 and 4 at the back, with Tierney a likely candidate to play at left center-back in a three. Given he is poor in the air, he will not get many points in that position. As a full-back or wing-back, he will score better but still not enough to match his current ADP. He doesn’t make my top 100; I hope I’m wrong!

5 Players Who Are Going Too Late

Southampton was excellent during the restart and Armstrong was one of their best performers. The Scot had a restart PP90 of 14.3 and his starts will go up given he barely got a look in during the first half of the season. He did outperform his xG+xA considerably, which is why is xFPts is only 8.9, but if he only averages 9 PPM next season, he should still finish in the top 80 players.

Armstrong is currently ranked at 55 in the Fantrax HQ Top 200 Consensus Ranks.

He has finally been classified as a defender, but it appears not many people have noticed! His PP90 of 9.2 is decent but @overthnkfootball put his xFPts at an excellent 10.4 (just above Harry Kane, incidentally). @RotoWireAndrew projects him to finish 38th overall for total points! Enough said.

If you want a reliable fourth or fifth midfielder with some upside, Harrison is your man. The Leeds midfielder started 45 out of a possible 46 Championship games last season and has returned to the club for another loan spell. His estimated Championship PP90 of 11.6 is not amazing, but a GACS reliance of only 25% suggests he should have a reasonable floor and there could even be room for improvement.

The Sheffield Utd forward made 24 starts last season, but only 8 of those came in the first half of the season; clearly, he will get more starts in 2020/21. McBurnie will remain an early substitution candidate but a decent xFPts of 10.3 from an average 76 minutes per start is encouraging. If his goals and assists can match his xG+xA he will be a top 50 player.

McBurnie is currently ranked at 61 in the Fantrax HQ Top 200 Consensus Ranks.

Every article like this needs a punt; Cooper is mine. The Leeds center-back won 5.1 aerial duels per 90 last season which is about the same as Tarkowski did for Burnley. If Leeds can maintain the defensive rigidity that saw them concede only 0.76 goals per game in the Championship, this man could be an absolute steal if you pick him up towards the end of your draft.