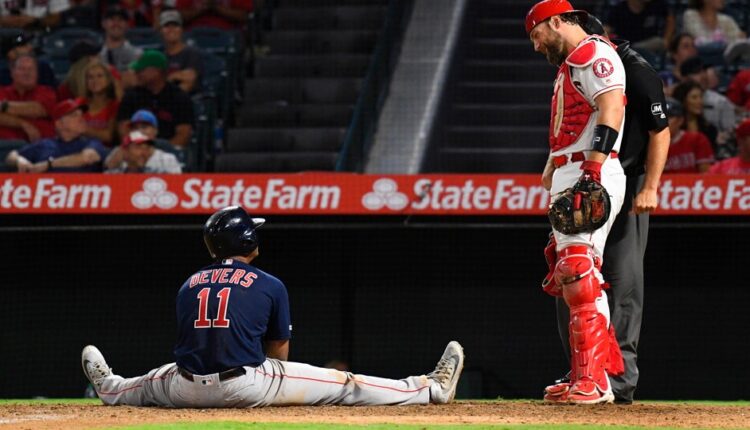 Last time out we covered my Triple-D shortstops. Here we dive into the wide world of third basemen, our last stop before we head to the outfield. Third base in 2020 is a deep, luxurious pool of crystal clear Caribbean water. You really don’t have too much to complain about until you start hitting the murkier waters beyond 3B25 or so when it starts looking more like the Chesapeake. As rough as first base is relative to third this year, you’re probably looking at a lot of these later-round third basemen as your corner infielder. There are plenty of good options, but here are the third base bargains and busts I feel most strongly about relative to their ADP.

It’s incredibly rare for the Twins to land a big-name free agent, but that’s exactly what they did this offseason. The lineup that hit more home runs than any other in baseball’s history now has a new superstar at third base. While it’s good for the Twins, it’s also good for Josh Donaldson’s fantasy value.

Donaldson will slide right into the middle of that potent lineup, ensuring a buttload of R+RBI opportunities. Actually, he might get so many chances that the total slides into the crapton range. It’s debatable, but he could even hit the elusive “oodles” R+RBI total. If you’re unclear of the scale, here it is:

A crapton is the most likely landing spot, but there is the outside chance that he does indeed score a varitable f***load of runs. This is, of course, the scientific terminology for what the top 2-3 performers post each year. With his power and on-base ability in that lineup, he has an outside shot at leading the league in both runs and RBI.

When the earliest ADP’s were being established, the biggest reason for his cheap price tag of 3B15/ADP97 was simply that he hadn’t signed yet. However, now that he is in a good situation, his NFBC ADP over the past month is still just 93. There is some risk that at 34 years old, some age-related decline kicks in. Or, perhaps he deals with more injuries as he did in 2017-18. To me, that is a nominal risk considering the upside that he posts production that would be worthy of a top 50 pick. He climbs even higher among the third base bargains in OBP formats since he is likely to walk at a 14-15% clip.

I wasn’t a believer in a Rafael Devers breakout heading into 2019. He hadn’t really flashed yet and was still very young. I very much missed out on the breakout. His improvements last year were totally legit. He cut his strikeout rate by over 7%, which is very impressive, while also raising his contact rate by 3.4%. My argument here is not that Devers isn’t a very good hitter – it’s that 2019 was the top of the mountain.

The final line for Devers last year was 129/32/115/8/.311. Those are huge numbers, but he also amassed 702 plate appearances. That is a rare thing for any player to accomplish these days, so we have to expect some regression there. With Mookie Betts out of town and Alex Verdugo opening the season on the IL, the Boston lineup has also taken a hit. Regarding his steals, Devers was just 8-16 in 2019, making it pretty unlikely that he attempts as many steals in 2020. His batting average was well deserved (.295 XBA), but some small regression could be on its way in that department as well.

With an ADP of 23 as just the fourth third baseman off the board, you’re investing early in a player who has a strong floor but doesn’t provide a lot of speed. Drafting Devers here isn’t enticing to me as he doesn’t provide a skill set all that dissimilar from plenty of cheaper options. Kris Bryant, Manny Machado, or even Eduardo Escobar or Justin Turner on the lower end of the spectrum of outcomes can provide a lot of what Devers will give you. He’s not a bad player, just overpriced if you expect the regression that I do.

One of the true third base bargains of the 2019 season was Gio “The Metro” Urshela. Yes, I just made that nickname up. Everyone remembers the Geo Metro, right? True American muscle. Urshela remade his swing after an unfulfilling tenure with the Indians and a brief, bleak stint with the Jays. Not only did Urshela bat a stellar .314 with a .294 XBA, but he also hit for power for the first time in his career. Now, 21 homers over 476 plate appearances isn’t amazing, but the fact that he won’t kill you in the power department while he hits for a terrific average gives him sneaky good value.

Maybe it’s the general drafting public’s lack of belief in Urshela’s 2019 that has his price so low. Perhaps it’s the looming return of Miguel Andujar, who was a horrendous defensive option at the hot corner for the Yankees in 2018. It could be that Urshela sounds a great deal like Ursula, the villainous sea witch from The Little Mermaid, that’s scaring people off. Whatever the case, Gio Urshela is very cheap in drafts this year with a 3B26/ADP238 sticker price.

As the much better defensive option than Andujar, Ursula should see nearly everyday at-bats within a very strong Yankees lineup. He also showed no platoon splits in 2019. Even though he’s likely to hit in the bottom half of that lineup, he’ll have decent enough R+RBI totals thanks to the bats around him. It’s also pretty hard to find this type of batting average so late in drafts. This Gio performs more like a Mustang, baby.

Who are your favorite third base bargains this season? Were you also scarred by the sea witch Ursula? Share your thoughts and fears in the comments below. We don’t judge.