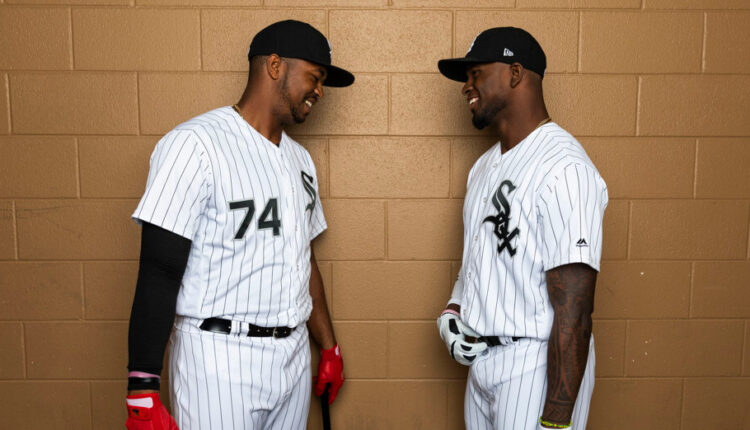 Nathan Dokken continues his yearly tradition of Dudes and Don’ts, his annual look at players he is targeting and avoiding. Today he looks into the outfield busts he is avoiding for the 2020 fantasy baseball season.

I like to consider myself as having a sunny disposition. By that logic, you can tell that it pains me to speak ill of most players. That’s part of our game though, and I certainly have no issues fading a lot of high-end talent in the outfield pool. I’ll avoid some of the early injury players such as Aaron Judge and Giancarlo Stanton (or poor Willie Calhoun, who suffered a fractured jaw less than a week after I dubbed him a Dude). Drafters already won’t be investing near their ADP. Remember, all of my Dudes and Don’ts are based on my estimation of their 2020 production compared to their Fantrax ADP. So remember: even though I’m about to crap on the value of these players, I’m sure they’re all great guys. They probably donate a lot of money to the Legs For Snakes Foundation or something. Probably.

I didn’t think I’d have to throw cold water on a rookie who hasn’t even debuted yet, but here we are. The Luis Robert hype has reached a fever pitch following his contract extension with the White Sox. Signing that deal nearly guaranteed him a spot on the Opening Day roster – a roster that was middling-at-best in 2019. With a few major signings and adding Robert to the fold, things are looking up for 2020. But is the lineup cushion enough to warrant Robert’s ADP of OF23/ADP95?

Part of the reason behind Robert’s fantasy hysteria has been generated by his Steamer projection. The typically conservative projection system has Robert going 74/25/80/22/.273 over 558 at-bats. That would indeed be one hell of a fantasy season. The projection is, at least in part, fueled by Robert’s incredible 2019 minor league run. Across three levels of the minors, Robert went 108/32/92/36/.328 with a 1.001 OPS. Not too shabby considering he was barely 22 years old when the season ended.

While I think Luis Robert can potentially be a superstar in the long run, I can’t pay his skyrocketing price to acquire his services in 2020. A large part of the reason is because of his lack of plate discipline. Robert is an extremely aggressive hitter. He walked at roughly a 5% clip in 2019 with a strikeout rate of around 23%. It isn’t hard to fathom Robert struggling in his first taste of MLB pitching, hacking away at the plate and walking very rarely. His strikeout rate could easily surge close to 30%. When you aren’t counteracting the strikeouts with a high walk rate, you don’t find yourself on base very often when those balls in play just aren’t dropping. An OBP south of .300 is not only possible – I think it’s likely.

I expect Robert to be very aggressive on the bases. This, at the very least, helps his floor. Steals are hard to come by these days, so even if the power doesn’t come in bunches in his debut, 20 steals is still very handy. However, he is likely to hit at the bottom of the lineup, suppressing his R+RBI opportunities, as well as his PA totals. Also, while he was healthy throughout 2019, he has dealt with a lot of injuries in the minors. Don’t be surprised if he misses time at some point. With an ADP that has risen to pick 79 on average in NFBC leagues since February 1st, this is far too much risk that Robert could be one of the year’s biggest outfield busts.

Beni is a talented hitter with a strong pedigree. According to former skipper Alex Cora, Benintendi tried to bulk up prior to 2019 to hit for more power. That allegedly threw his swing out of whack. So, naturally, the narrative heading into 2020 is that Beni has slimmed down and they expect him to get back to his line-drive hitting ways. The masses are clearly convinced in a bounce back. Despite his borderline-unusable 2019 numbers, Beni is going as the 30th outfielder with a 112 ADP. That is sure a lot of faith.

Bringing the Steamer projections back into play, it expects a 90/18/77/13/.273 line in 2020. I’m actually a little more optimistic about the speed. If Beni gets on base at a higher clip, I’d expect him to get back to his more aggressive ways. However, I’m also more pessimistic on the run scored total. The subtraction of Mookie Betts from the lineup does offer an opportunity for Beni to move back to the one- or two-hole. When Alex Verdugo is healthy, though, that might bump Benintendi back down the order, at least in certain platoon situations. Despite playing consistently for three years, he has only scored more than 84 runs once.

With no standout tool and the very real possibility that you simply get a repeat of his useless 2019 line, there is a lot of risk with Andrew Benintendi at this ADP. The speed is not elite, and the lack of power actively hurts you at this point in drafts. I’d be down for a rebound investment, but this price point is way, way too high for me to be interested. He was one of the big outfield busts of 2019 and 2020 could be more of the same.

Sometimes, taking a player’s entire body of work against his current production works against you. It is vitally important in this day and age to identify skill changes and hop aboard the latest breakout. It was the lack of skill changes from Danny Santana in 2019 that caused me to miss the boat on him. He posted a tremendous 81/28/81/21/.283 line in 2019 that was entirely unexpected. Am I just bitter because I missed out on his 2019 line? Of course not! There are plenty of red flags here.

The fact that Santana had 13 HR over his previous 1,165 PA spanning four years is alarming. Despite no huge swing adjustment, Santana mustered a 24.3 HR/FB%. Compare that to his 12.5% career rate and you’d be silly to expect another 28 bombs. Yes, his hard contact rate went up, but so did everyone’s in 2019. Them balls were juicy!

Santana didn’t have any huge leap forward in plate discipline, either. He still expands the zone a ton, which led to an ugly 4.9% BB% that ranked 12th lowest among qualified hitters in 2019. To make matters worse, he struck out at a 29.5% clip. His 71.5% contact rate and 15.7% SwStr% were actually the worst of his career. It’s hard to envision another .353 BABIP rolling along to float a .280+ average.

Santana’s utility does help make him useful in deeper leagues. However, in most formats (read: not Yahoo) he is only eligible at first base and outfield. His stolen base potential at first base is the only reason I can fathom why you would pay up for Santana at OF38/ADP148. He is penciled in as the Rangers starting center fielder as of today, but that is more due to a lack of options than anything else. They even tried throwing Nick Solak in center, but that’s an experiment for another year, apparently.

I worry that Santana’s lack of contact and propensity to strike out will cost him any form of a starting job by the time the calendar rolls over to May. There is a great deal of volatility in his profile. The upside of 20 steals is nowhere near alluring enough to spend a top-150 pick on a player who could be out of a full-time job early in the season.

Who are your outfield busts for the coming season? Throw some shade in the comments below.