Dokken’s Dudes & Dont’s: Best and Worst Values at Second Base 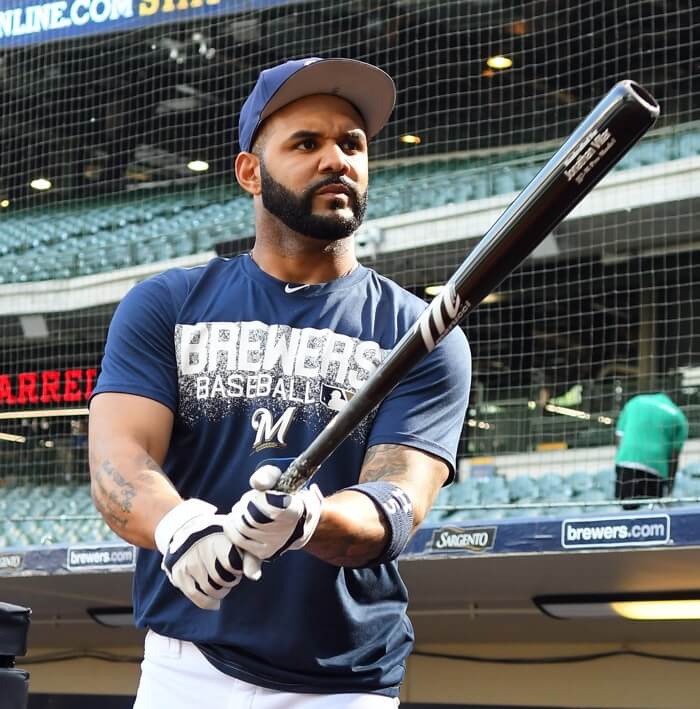 Second basemen always intrigue me in fantasy. They’re the guys who couldn’t quite cut it defensively at shortstop, but their bats are good enough to let them play at one of the easier positions in second base. It’s their bat we want, after all, and they often have plus foot speed as well. I have to say “often” because, well…*glares at Jed Lowrie and his seven steals in 1,109 games*. It’s another intriguing group this year, and I am of the opinion (others disagree) that it’s a pretty deep crop of fantasy talent. At the high end, I love Altuve to rebound and would gladly take him inside the top 12 (his ADP is 17). Diving into the deep end, I like Chad Pinder to have a power breakout if he can get enough at-bats. There’s a lot of players in between those two, but let’s look closely at who are most and least Dudely among the herd.

Dokken’s Dudes and Don’ts at Second Base

I’ll admit, I have my guys. I’ve loved Jonathan Villar for years. On the upside, I was all over him when he led the league with 62 steals back in 2016 along with 19 homers and a .285 average. On the downside, I was still on him when he was drafted much higher in 2017 and stole just 23 bags over 122 games with a .665 OPS. As the pendulum swung yet again in 2018, he was cheap to draft and returned 14 home runs and 35 steals with a .260 average. Perhaps for 2019, Villar’s pendulum is still positioned for profit. I always thought it was weird that he bought his own pendulum, but hey, you do you, man.

For a burner, Villar isn’t losing you money in the power department. Whereas the likes of Dee Gordon, Billy Hamilton, or Mallex Smith are killing you in that category, Villar has hit double-digit homers in all three of his full seasons. While his walk rate dipped in a big way after 2016, he still gets on base at a decent clip despite an uninspiring average. Speaking of which – the strikeouts keep his ceiling relatively limited, but his speed helps him BABIP his way (yes, I just used BABIP as a verb) to a mediocre batting average.

Of course, the real calling card here is speed. Only Trea Turner and the aforementioned Billy Hamilton have more steals than Villar since 2016. He’s set to bat first or second for probably the worst team in baseball, the Orioles, so I can’t imagine he sees a red light all year. As the eighth second baseman off the board at ADP 110, I’ll gladly take him as a vastly discounted version mirror version of Adalberto Mondesi. Hey, speaking of whom…

Well, here we go. The most hotly debated player of the 2019 draft season, Mondesi truthers will no doubt be on my case for this one. I hear pitchforks are on sale at Home Depot. I am by no means a hater – I picked him up and loved taking the ride over the second half of 2018. He smashed 14 home runs and stole 32 bases with a .276 average over the course of just 291 plate appearances. Forget about extrapolating that. Even if he posted those exact totals over the course of a full season, he is a worthwhile early-round draft pick. So why am I wary of drafting him fifth among second basemen?

In a standard 12-team mixed league, pick 48 makes him a back-end fourth rounder. At that point, you’re drafting the foundational pieces of your team. I do NOT want risk that early on. Adalberto Mondesi is epically risky. His 67% contact rate would have ranked third worst in all of baseball if he had enough at-bats to qualify, trailing only Joey Gallo and Teoscar Hernandez. His 18.2% swinging strike rate would have tied Javier Baez for second-highest. His xwOBA was below average at .314, and he had a 38.5% K% and .279 xwOBA against breaking balls. He doesn’t offset the swing-and-miss with walks, either. His tiny 3.8% BB% would have ranked fourth-lowest among qualified bats.

There is a very real possibility he posts not only a sub-.300 OBP, but a sub-.280 OBP. He’s a bit like a speedier Rougned Odor, another player I’ve had trouble bringing myself to draft over the years. Considering the Royals lack of other options, Mondesi is likely to hit atop or in the middle of the lineup for the bulk of the season. Given how bad that lineup will be though, I’m not sure how high you can expect his R+RBI total to climb. Overall, I understand the massive upside and high stolen base floor. I’m just fine with missing out on those steals and taking a much safer bet elsewhere for much cheaper. *cough* Jonathan Villar *cough*

I sort of feel like my work here has already been done by resident prospect guru Eric Cross. We’re both on the same page on Hampson, who got his first taste of the bigs last year. It was just 48 plate appearances over 24 games, with the Rockies really just letting him get his feet wet for a while. Isn’t it strange that “getting your feet wet” is considered a good thing but “getting cold feet” means you’re running away from your marriage that was supposed to happen at 2 pm and now you’re a horrible person and why did we PAY for all that chicken parm if you were just going to fly back HOME to live with your MOTHER in KENTUCKY, RYAN?!?!

Where was I? Oh, so small sample size, meaningless numbers, yada, yada, yada. If you drink in his body of work in the minors, you get a better idea of his skill set. The primary tool in the set? Speed, baby. Bit of a theme here at second base. Speed is what’s hardest to come by these days, and it’s what you’re paying (a small sum) for here. Last year he stole 38 bases over 134 games, and on top of that, he’s an on-base machine. Hampson takes his walks and has never posted an OBP lower than .377 at any level.

His primary competition comes from Ryan McMahon, who was a solid prospect in his own right. I think Hampson wins the job and gets the bulk of at-bats, even if it means moving around a bit in a utility role. He will probably open the season towards the bottom of the order, but the AVG/OBP and steals will make his ROI on pick 222 more satisfying than dipping your feet into some cold, wet water. I guess that isn’t saying much. Imagine if DJ LeMahieu had 30+ steal speed. Is that better?