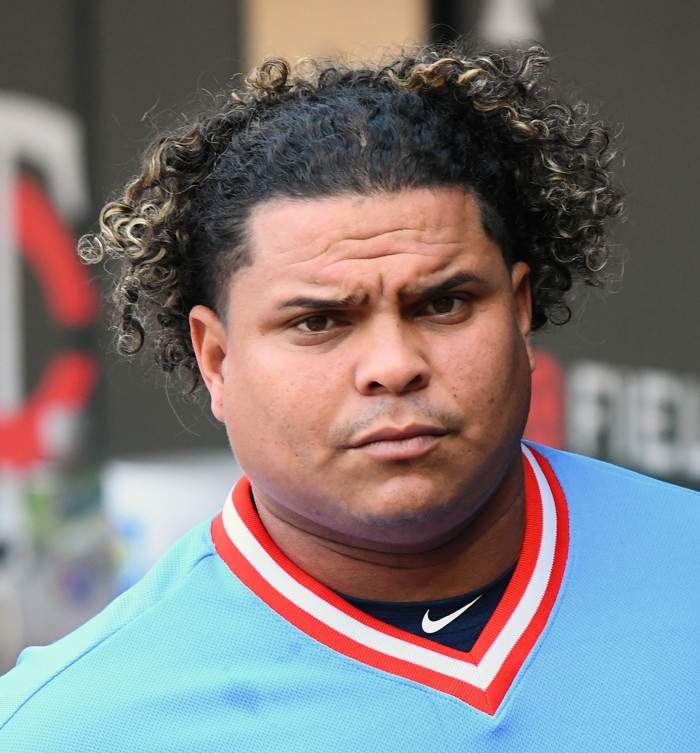 Welcome one and all to the 2019 version of Dokken’s Dudes & Don’ts! If you checked in last year, you already know the drill. However, for you newbz, I’ll explain what exactly this series is. But not what a newb is. You should know that already. Essentially, this is a positional sleepers and busts series. While I do enjoy sleeping and occasionally busting a move, the terms sleepers and busts are used by pretty much everyone in fantasy. I’ve gotta set myself apart, baby! Plus, it’s catchy and alliterative.

For each position I’ll give you a Dude, a Don’t, and a Deep League Dude, all with my personal projections. I’ll go deeper with more picks at Outfield and Starting Pitcher since they are vast positions. I did quite well last year if I do say so myself (you can see my 2018 Dudes & Don’ts Recap here) but I’ll do my best to get even better this year. We’ll start with the best and worst Catching values just to get this ugly duckling of a position out of the way. No offense to all the ugly ducklings scrolling down this page with their webbed feet.

I like my ducklings well enough, but for 2019 I NEED THE BEEF! Welington Castillo missed half of the 2018 season because of a PED suspension (GMO’s, I presume). He seems to be largely a forgotten man in drafts so far because of it. Castillo hit just fine over the second half, with a .259/.304/.406 line which largely echoes his career line. His zone contact rate actually shot up nearly 3%, so the bat speed isn’t fading just yet. Despite turning 32 years old this season, Father Time doesn’t appear to have Castillo in his icy grasp just yet. That came off a bit morbid, but I’m rolling with it.

Castillo should return to the South Side and soak up the bulk of the catching duties in 2019. The fact that he doesn’t garner quite as many at-bats as the likes of Yadier Molina or Sal Perez caps his ceiling somewhat. However, he hits for both average and power, something that very few catchers can claim. He has hit 13, 19, 14, and 20 home runs over his previous four full seasons, and his .259 career average is one of those nice catcher averages that doesn’t even hurt you. How about that. Better yet, he’ll be hitting around the middle of the lineup for R+RBI support.

For some reason, he is being drafted as a second catcher, as C16/ADP286. If I miss out on the high-end catching options, I will be more than happy to snap up all the Beefy goodness in the waning rounds of my standard mixed league draft. In two-catcher formats, I’ll eat him up as my second catcher all day long. Mmm…tastes like victory.

WHAT ARE YOU PEOPLE DOING?! I have to say, I’ve searched high and low throughout the Fantrax ADP, and I have yet to find an ADP more ludicrous than C13/ADP278: Willians Astudillo. Ok, I get it, I love him too. The flowing locks. The showboating. The quotable quotes. The potent potables. I don’t know what that even means, but I’m sure Astudillo is doing it. This is fantasy. We have to play with our heads, not our hearts.

What our hearts are telling us is that Astudillo will wobble his way into full-time catching duties for the Twins and bat over .300 with an entertainment factor through the roof. What our heads should be telling our hearts is that he might not even make the Twins out of camp. He’s a poor defensive catcher, to begin with, with limited defensive value anywhere else. The Twins have Jason Castro under contract this year. Castro is an excellent defensive catcher and pitch framer, and so is backup catcher Mitch Garver. Astudillo will be, at best, the Twins number three catcher in all likelihood. He will have to soak up as many at-bats as possible as a utility player who can’t play premium positions.

Astudillo’s skillset is obviously incredibly unique and exciting. He very rarely walks or strikes out (5.2% COMBINED K%+BB% in 2018) and makes elite contact (91.7%). He even flashed some power for the first time over a full season, hitting 15 home runs between Triple-A and Minnesota. Given his track record, it’s hard to expect that over a full 110 games with the Twins, but it’s on the table. If he were being drafted as a second catcher, I’d be all about him. If – IF – he can make the team out of camp and accrue 350 plate appearances as a utility player who happens to qualify as a catcher, well, that batting average would play pretty darn well. However, there is such a massive playing time risk right now that drafting him as a borderline single-catcher option is about as wild as Bear Grylls giving himself an enema for no other reason than to show you how it’s done. Do not give yourself a fantasy enema. Do not draft Willians Astudillo.

What a difference a year makes. He didn’t quite make the Don’t list last year, but I was fading Barnes hard. Not because of the talent, but because everyone and their monkey was ready to cast aside stalwart Yasmani Grandal like he was washed up. Obviously, that wasn’t the case. Not only did Grandal bounce back, but Barnes had a truly dreadful year. He hit .205/.329/.290 over 238 plate appearances with four bombs and four steals. His strikeout rate exploded from 16.4% in 2017 to 28.2% in 2018. His contact rate dipped 3.7%. He dropped a plate of spaghetti and made a big mess, probably. Wait, isn’t this supposed to be a puff piece for Barnes?

Barnes admitted it was a tough season for him, which is why he has also been working with Rob Van Scoyoc to adjust his swing this offseason. He has also bulked up a bit to help him withstand the rigors of the lengthy MLB season. We’re on the comeback trail, baby! Grandal’s services have been procured by the Brewers, and the Dodgers brought in veteran Russell Martin from Toronto to split catching duties with Barnes. It’s not a sure thing that the Dodgers will eschew the proven veteran skills of Martin and deploy Barnes in a 60-70% of the platoon, but Barnes wouldn’t be this cheap if he was already guaranteed the position, would he?

Barnes is the rare catcher who can steal you a handful of bases. Not that 4-6 steals will win you the category, but every little bit helps in this current era of low steals totals. He does also get additional playing time at second base, helping build up his plate appearance floor. If his revamped swing can get him back to 45% ground balls rather than the 54% ground ball rate from last year, that will go a long way towards double-digit home runs. He gets an additional boost in OBP leagues thanks to a ridiculous career 14.1% BB%. If he can get the swing back in order and cut the strikeouts, he’ll be one of the better catching values based on his very low 381 overall ADP.