Sleeping with the Staff: Deep Sleepers for 2019 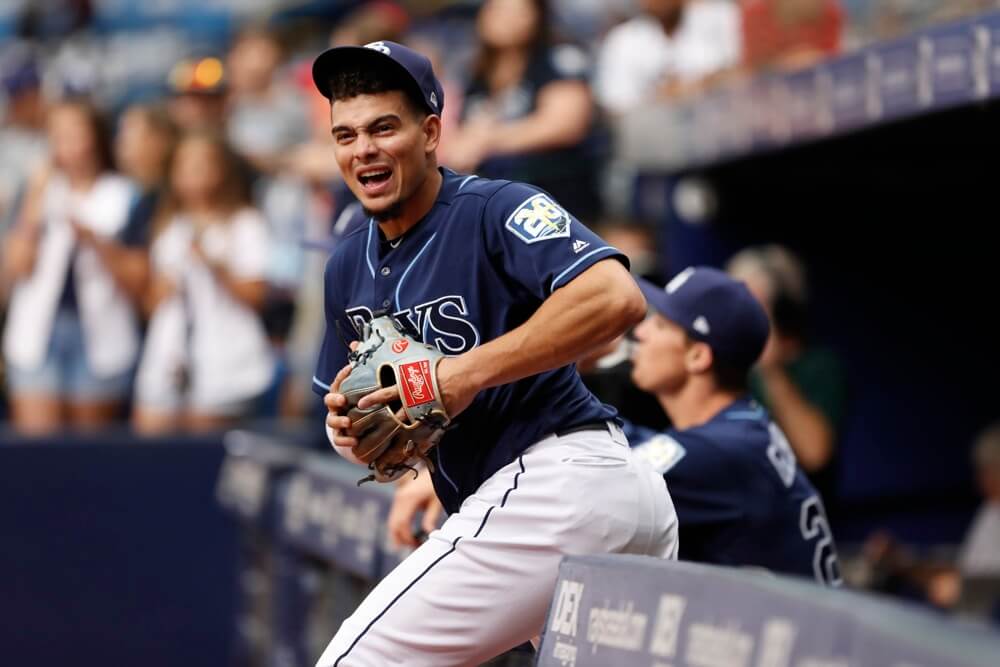 As you can imagine, a staff of fantasy baseball analysts is filled with a bunch of egos. Everyone knows best and no one is ever wrong, especially during draft season when everything is the smell of the freshly cut grass and the crack of the bat. We generally keep these egos in check, but sometimes we have to let the diva out. Such is the case in our staff sleepers series. A little while back we asked our staff to check in with their top hitting sleepers and their favorite pitching sleepers. Today we’re asking them to reach a little farther and break out their favorite deep sleepers for the fast approaching fantasy baseball season.

Swihart has the offensive potential to overcome his defensive deficiencies if the Red Sox could provide him a full-time opportunity to develop. So far, they haven’t, and his production hasn’t been what it could be. Swihart hit three home runs and stole six bases in only 192 at-bats in 2018. Jorge Alfaro with an ADP of #225 as the 10th-ranked catcher in early drafting, hit 10 home runs and stole three bases in 344 at-bats and he is going to be playing half his games in an atrocious hitters park in 2019. If Swihart can find his way to 300 at-bats or more, either in Boston or elsewhere in the case of a trade, he will be a top-10 catcher. If he can find his way to 400 at-bats or more, he could have a bad season and still be one of the five best at the position. The catcher position is terrible and Swihart’s ADP is so low I had to look on Yahoo to find a ranking because I couldn’t find him on Fantasypros.com. That is definitely a DEEP sleeper and an intriguing late-round flier. I am owning him in ALL leagues, accepting that if things fall wrong in spring training, I will cut him and claim someone else.

Ryan O’Hearn is the 24th first baseman off the board, going outside the Top 300, meaning he is likely to go undrafted. However, he is my pick to be this season’s Jesus Aguilar. Last year I liked Aguilar a lot, as I saw the skills there, but due to playing time concerns he went late. I still drafted him in all my draft and holds and would do the same with O’Hearn. In 170 plate appearances last year O’Hearn hit 12 homers with a .353 OBP. He also had a 42.3 percent hard-hit rate and a 46.2 percent fly-ball rate (40/40 club member!). He had a Brls/PA% of 7.6, which ranked ahead of names such as Aguilar, Rhys Hoskins, Mitch Haniger and Mike Moustakas. The power is legit here. Also, Ned Yost recently indicated that O’Hearn would be in a “loose platoon”, sitting against tough lefties until he proves he can hit them, which he did in the minors.

Personally, I’m very excited about Adames’ 2019 prospects. While many will chase some of the flashier players on this list, Adames has been consistent in his minor-league work. His profile as a 15-HR/10-SB/.275 BA guy showed itself on a regular basis in half a season with the Rays. He’s only 23, so if this consistent floor is already established, he likely can make big leaps forward as his power develops. I think he’ll become a 25-to-30-HR guy quickly and should be a dynasty/keeper target in all formats. Don’t look for that in 2019, but he’s still a useful short-term asset.

Look for a rebound in Tampa Bay. Garcia is still a very talented hitter when healthy.

Gonzalez is a 27-year-old with less than half a season in the big leagues. Still, he’s got an intriguing toolkit and finally has opportunity to seize playing time. Gonzalez was an interesting prospect based on his athleticism, bat control, and bat speed, and that all remains intact. His small sample exit velocities have been impressive, but Gonzalez has long had bat path issues that cause him to hit too many ground balls. No doubt, the Indians tried to fix Gonzalez’s swing and never could, but maybe a change in voice can help. Pittsburgh acquired Gonzalez in November, and only the underwhelming Kevin Newman stands in his way at shortstop. Gonzalez’s big league plate discipline metrics are ugly, but he’s never had an opportunity to play every day (Cleveland had a couple of decent left-side infielders standing in his way) to find any rhythm at the plate, and his most recent extensive Triple-A performance was solid. The floor here is low, but in NL-only or deep leagues, he’s an interesting wild card.

Remember him? After missing most of the last two seasons with a myriad of off-field issues, Kang is back and competing for the third base job this spring with Colin Moran. Kang has the higher upside of the two and is off to a strong start to spring training with a two-homer day on Sunday. That power is something he showed in 2015-2016 when he combined for 36 homers in 229 games. He’s basically not even being drafted at this point, nor should he, but if he can win the starting gig, there’s some decent fantasy appeal here.

Pineda hasn’t taken the hill in the Majors since 2017 and he hasn’t pitched in a Minnesota Twins uniform yet. He tossed 12 innings of minor league ball towards the end of 2018 as he continues to work his way back from Tommy John surgery. Pineda passed his
first test last week when he completed a successful bullpen session in which he hit 93 mph on the gun and after he declared himself ready to go.

Erlin doesn’t have elite strikeout upside, but he does have elite command. He should be able to put up around 150 innings, having tossed 109 in 2018 following his Tommy John surgery. If he can pitch anywhere near his 3.31 FIP from last year, he’ll be a filthy steal from his current price tag of SP140.

Are you down with these deep sleepers? For more great rankings, strategy, and analysis check out the 2019 FantraxHQ Fantasy Baseball Draft Kit. We’ll be adding more content from now right up until Opening Day!