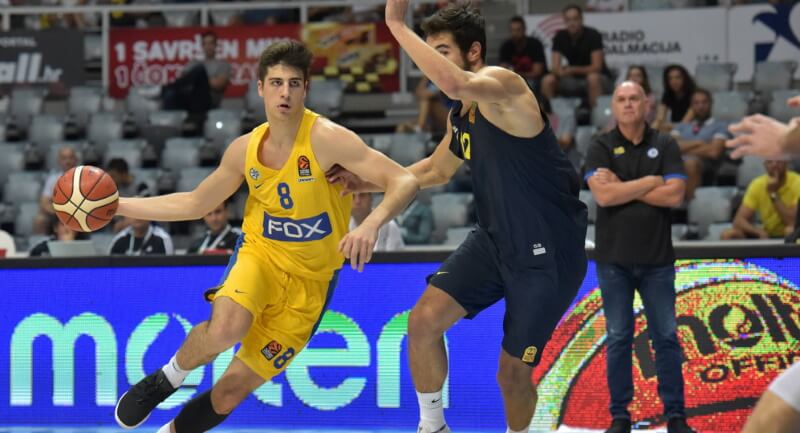 The turnover at the end of rosters in deep, and keeper leagues can be a tumultuous and never-ending saga. Playing the waiver wire on a daily basis in leagues that allow it can be beneficial. It’s hard to discount a warm body allegedly playing NBA basketball and likely accruing statistics. But in looking for possible breakout candidates rising from the end of your roster, taking a shot on one of these deep league pickups may pay dividends.

I’m going to break-down these potential pick-ups as “Play Now”, “Stash” and “Tweeners”, as some of the targets aren’t ready for an immediate start but could be useful sooner rather than later if circumstances allow.

Nickeil Alexander-Walker (NAW) is a strange case. His current statistics don’t necessarily merit an immediate pickup, but as many fantasy managers know, especially in deep leagues, it hurts more to be late than early. The Pelicans are actively shopping both Lonzo and Bledsoe, and losing either would surely be to accommodate NAW. A 37-point outburst in early January and a three-steal, three-block game last week highlight his vast arsenal. His per-36 defensive stats are already nothing short of elite. Usually tasked with guarding the point, NAW, at 6’5 with a 6’9 wingspan is an absolute nightmare. He’ll have his shooting woes, and his play-making ability while good, is still in its infancy his immediate upside jumps out at anyone who watches Pels games.

If eligibility at 3 positions isn’t enough to pique your interest the second-year forward out of North Carolina also has the most important ability in deep leagues; availability. Johnson is averaging over 25 minutes again, and over 30 per contest over his last seven.  He is only currently owned in 63% of leagues across the entire Fantrax platform despite averaging over two 3-pointers made a game, and with his role expanding and minutes increasing, his per 36 projections compare nicely to a guy like Harrison Barnes, who is also having a great year. Act now, there aren’t too many starters on contending teams out there available like Johnson.

Simple, he’s back. Pop likes the kid so much he’s hand-picked him for the U.S. team despite there being more talented options. If you’re in a league where he isn’t rostered it’s time to change that.

Admittedly, he has yet to produce lines that pop off of the box score, but at over a steal, and nearly a block per game in just over 17 minutes, Vanderbilt, in a good week, could put you over the top in those categories. The rangy third-year forward is inconsistent at best offensively and his up-side isn’t much to call home about, but his value lies in the fact that Minnesota is thin at the 3 and 4 and is currently a tire fire, which will likely afford young rotation guys like Vanderbilt ample floor time.

Per 36 as a statistical measurement, by its nature is speculative. But for OKC, a team with an extremely malleable rotation seeing a major uptick in playing time could happen at the drop of a hat. Diallo’s Per 36 numbers have him at 21 pts,  8 reb, 3.5 ast, and 1.7 stls.  Of course, there is the fact he’s only playing 20 minutes a game and shooting well under 40% from the field, but if you’re looking for a high reward opportunity, Diallo fits the bill. There isn’t much between him, Theo Maledon, and Luguentz Dort, who he splits the majority of time with at the 2 & 3, and Diallo can easily pick up minutes at both positions if he gets on a good run. But to stay on OKC’s roster for a second;  if Dort and Maledon are still available in your deep leagues, they are solid pickup candidates as well.

Right… Who is that? Well are you looking for a 7’0 Serbian playmaker who can also step back and shoot a J? but not THAT 7’0 Serb, then the Pokuševski project is for you. Originally tabbed as a “Tweener”, he’s been shifted to a stash guy because despite being in the rotation, the Thunder have sent him to the G League bubble. I’m 100% certain in saying no big from the 2020 draft has a more fun highlight videos than Pokus’. The 19-year-old Olympiacos product is an absolute no-look dime out of the high pick and roll, can block your shot from anywhere, and will hit a three in your eye if he’s feelin’ lucky. Of course, all of this comes with a grain of salt. He is raw, very, very raw.

Pokuševski is shooting below 25%  and hasn’t been deployed as any sort of ball-handler or playmaker, which, with his height, he could become elite at. His shooting form isn’t bad, and with NBA coaching, anything is possible. (). A lot of scouts like to peg him as the next unicorn and comp him to Porzingis. But in reality, he is likely never to be a huge volume scorer, but his vision as a passer and ability to run the floor is already better than the Latvian Maverick, and thus make his upside in assists & steals extremely intriguing. Eyes have deceived before, Mario Hezonja at times looked like he could do absolutely anything on the NBA floor, but couldn’t even do one thing consistent enough to stay in the league. There is always that chance with a guy like Pokuševski but if you’re in the business of taking risks, he may just be one worth reaching for.

To be frank the 6’9 rookie out of Israel has had a rough start. The 20-year-old forward has only taken more than 5 shots once since Christmas, and as a guy who was touted as the “steal of the draft”, or in many circles a dark horse ROY candidate, he has just not produced at an acceptable rate. An unfortunate allegory composed surrounding the burgeoning success of an overlooked Luka Doncic in 2018 was unfairly sewn to Avidja’s name, as he looked, and seemed the part. But that narrative was never likely to be realized.

Avdija, who was drafted in nearly half the standard leagues at the onset of the season, is certainly nowhere to be found in that format now. But there is STILL value. He plays 20+ minutes a game with minimal returns, save from 3pt / 3pt% so he may be rosterable in some larger leagues, but he remains a great keeper prospect. In the modern NBA, where athletic wings are at a premium, his development will be a prime focus on a rebuilding Wizards team. Right now they have two of the most ball-dominant guards in the league and Deni is never going to be a focal point. As the Wiz unload assets and build for the future, he should get his chance to show why NBA heads were gushing about his promise months ago.

Did you find these deep league pickups helpful? For more players that might be able to help out your squad, check out this week’s fantasy basketball waiver wire.