Deep Dive: Buy Back In On Kyle Schwarber For The 2020 Season 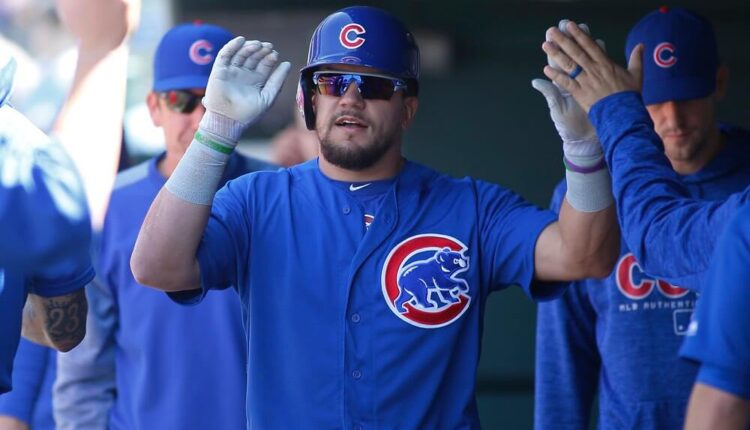 It’s official! The Super Bowl is in the books. Now, it is time to really kick it into gear for the 2020 fantasy baseball season. If you’re reading this, you’re already a step ahead of the competition. For that accomplishment, we bring you the gift of Kyle Schwarber and some things you probably didn’t know.

In a lot of my deep dive articles this spring, I will be focusing on players who had big second halves to the 2019 season and why I am buying in. These players are essentially my breakouts and sleepers entering the 2020 season. These players are not your high-end players, but rather players you can get outside the top 100.

I’m planting my flag now before these players become everyone’s sleeper picks! With that said, I’m starting this journey with none other than Kyle Schwarber.

Buy Back In On Kyle Schwarber For The 2020 Season

I know, I know, we have been down this road before. Anyone who has drafted Kyle Schwarber with any expectations in the past likely has a bad taste in their mouth and rightfully so. But before you close this article and @ me on twitter for even making this suggestion, please let me plead my case and present you with the findings.

I mentioned before I am going to focus on the second half breakout and show you what I have found and why I am excited about Kyle Schwarber. I never thought I’d say those words out loud again.

As you can see from the basic counting stats, there wasn’t a whole lot of change between the two halves. Where the changes are starting to take shape are in the batting average department.  There is a 53-point difference between the miserable first half BA of .227 to that beautiful BA of .280 in the second half. As nice as that is, there are actually a ton of changes that accompanied the increase in batting average.

Right away I find myself really intrigued by the improvements Kyle Schwarber made in every metric from the first half to the second half. You see an improved triple slash, wOBA, and wRC+. This makes sense with the big second half.

Kyle Schwarber appears to have become more selective at the plate. The unfortunate part of the added patience is that he didn’t reduce his chase rate, but instead, he reduced his Z-Swing 3.3 percentage points. This caused it to drop from 68.2% in the first half to 64.9% in the second half.

The good news about the chase rate is that it was identical in both halves at 26.4%, which is better than league average. There is a slight downtick in O-Contact% which lines up with the slight uptick in Z-contact%. The patience remained intact as far as chase rate but the contact rate slightly went up. This is what leads me to believe he was overall more selective and likely waited on his pitch which allowed for better contact and assisted in the rise in BA in the second half.

Talk about a complete change in batted ball profile. It feels like I’m looking at 2 different hitters. In the second half of the 2019 season, Schwarber has appeared to have changed his approach beyond the plate discipline. He improved his FB rate while decreasing the GB and LD rates. This has led to an overall increase in the HR/FB rate from 21.4% in the first half to 27.0%. That’s an increase of 5.6 percentage points and would explain why he hit more home runs over fewer games and at-bats during the second half.

The most notable change in the profile is the use of all fields. Schwarber is known for being a pull ball hitter. For quick reference, here’s his hit chart from 2018 compared to 2019.

He dropped his pull rate 3.4 points to 38.2% and appears to have taken an all fields approach in the second half and it greatly benefited him. He basically spread the 3.4 percentage difference evenly across his cent% and oppo%.

I looked for this type of change within my research. I went back and watched video of before and after the stat change in an attempt to try and find something that may have changed within Schwarber’s stance or swing. Something tangible that may have coincided with the changes in the production.

Well, with Kyle Schwarber there was an apparent change made. It is noted he came into 2019 reverting to an old batting stance. This had him crouch down almost in a squat-like position as you can see here. 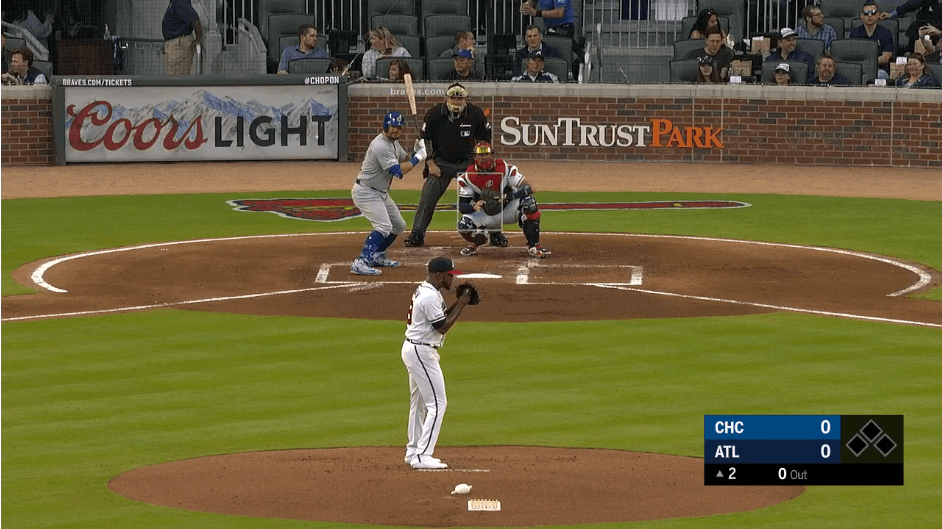 That’s exactly what it looks like. He is lower and more compact. Note the change later in the season, however. 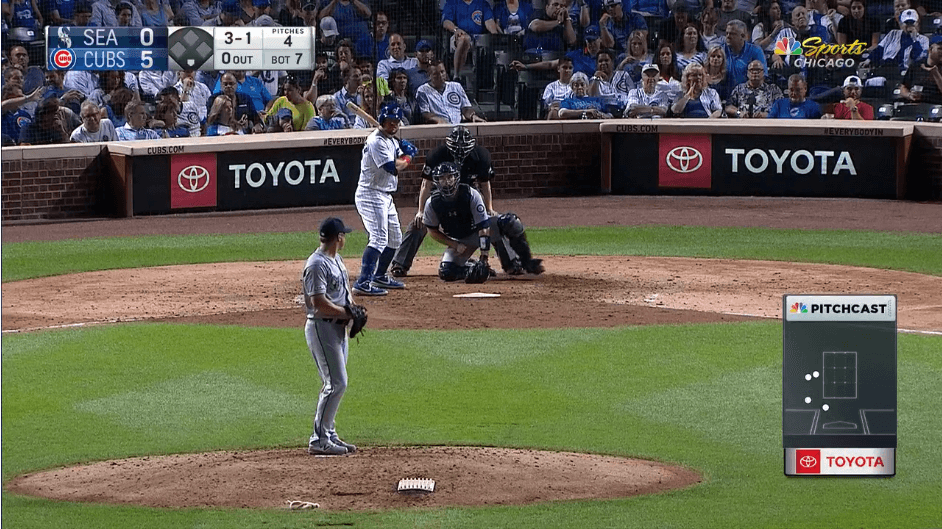 You can clearly see the change in stance. Schwarber is more upright and open. This allows him to likely see the ball a little better and utilize all fields, This could explain the change we see in the batted ball data in the second half.

I AM A SUCKER FOR TANGIBLE CHANGE.

Yes, I needed to put that in all caps. When I see an actual change in approach, the production or change in a player’s profile and it is accompanied by a tangible change I am all about it.

Anyone who has ever looked into Kyle Schwarber, or has just been a fan of his, knows he has been terrible vs. lefties in his career. He typically is on the strong side of a platoon due to how bad his struggles are. Well, because I love making these tables, of course I created a table to show how he may have turned a corner and is potentially serviceable vs lefties going forward.

He came around as a whole vs. lefties in 2019 when compared to the his previous stats. As you can see, however, he really turned it on in the second half. If any of this growth vs. lefties sticks in 2020, the sky is the limit for Schwarber.

Kyle Schwarber set career-high marks in exit velocity, xBA, xSLG, and xWOBA. He just came 0.02 points short of matching his career-high wOBA. Schwarber managed to put up his best statistical season to date and I don’t think anyone noticed. Heck, I didn’t notice until recently. The best part is that according to the StatCast numbers there’s room to actually improve. The xBA sitting at .264 ended up being 14 points higher than the actual BA of .250.

At the end of the day, Schwarber will be a solid value come draft day. Well, maybe not if I continue to talk him and his huge gains up. Current Fantrax ADP has him at 136 overall. I can tell you without much doubt I will have him ranked above that and will still feel that I’m getting a value.

In any OBP or points format, he is actually a fringe top 100 pick. In roto is where he is a question. I believe he has made strides vs. lefties this season and overall growth and the stats suggest there is room for more. I am buying in and the price is absolutely right. Little risk and huge reward.

I declare Kyle Schwarber my first sleeper of the 2020 draft season!

For more from Mike check out his history of Deep Dives!