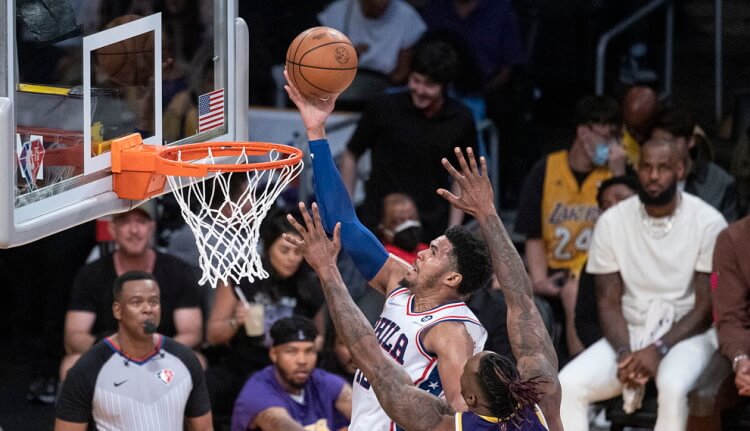 What an incredible slate of games yesterday. Kyrie was incredible, but still lost. The Bulls fought back, but still lost. And the Suns, showed why they are the number one seed. I think we’ll be hard-pressed to find similar outcomes in this slate of Game twos, but that doesn’t mean that we can’t make some money! Let’s get into it!

Predicted Outcome: I thought in Game 1, because these teams were so statistically matched, the Raptors would win because of their better defense. The Raptors actually won the series in the regular season also, but they didn’t show that same resolve in Game 1. I think we’ll see a much better showing in Game 2, as they try and steal one at home from Philly. There’s a reason Nick Nurse is thought of as one of the elite coaches in the league. He makes adjustments. If Tyrese Maxey beats you, he beats you. They have to neutralize Harden or Embiid.

DFS Targets: On the Raptors, I think you can expect a bounce back game from FVV, as he’ll need to shoulder more of a load with Barnes and Trent less than 100%. Same goes with OG Anunoby. Further, Boucher is a top three value on the slate with how he performs on a points per minute basis, and the extra minutes he could get with injuries and Siakam getting in foul trouble vs. Embiid. On the 76ers, Embiid is in play at $10700, Harden is too cheap at $9300, Harris’ price has barely move at $6800 after touching almost 50 fantasy points. I’ll be fading Maxey because I think his ownership percentage will be too high, but it’s tempting to take him considering his price stagnated. Reed could provide some deep value at $3200, as he got some minutes in Game 1.

Offensive Rating: 1st vs. 14th in the league

Defensive Rating: 12th vs. 7th in the league

Net Rating: 3rd vs. 7th in the league

Predicted Outcome: I have the same analysis as Game 1. No Luka, no W. The Mavs made it closer than I anticipated, but the talent gap is too much. The Jazz are frequent playoff participants, and the Mavs have a lot of first-timers. Experience matters. Jazz take this one.

DFS Targets: On the Mavs, I like Brunson, Dinwiddie, DFS, and Bullock. Powell is a fade for me, and I expect Kleber to get more minutes in Game 2, as he ramps up. At $3800, he’s the best points per dollar value on the slate, for my money. On the Jazz, you can roll with the usual suspects: Mitchell, Gobert, Bogdanovic, and Clarkson. I found Mike Conley’s performance to be a bit intriguing, as he had more usage in the playoffs, than the regular season, but I’m not sure I want to bet on that. Definitely not at $5600.

Offensive Rating: 8th vs. 17th in the league

Defensive Rating: 16th vs. 2nd in the league

Predicted Outcome: I’m going to go ahead and copy and paste my Game 1 prediction: Steph is playing, and that makes the Warriors the better team. Jokic is undeniable, but he can’t do it himself. Not in the playoffs, at least. This one is cut and dry for me.

DFS Targets: On the Nuggets, I like Jokic, and that’s it. The Warriors defense is too good to trust anybody else on the Nuggets. Especially shooters. Aaron Gordon and Bones Hyland are interesting because they rebound and get close buckets, but I’m not interested. On the Warriors, I learned I should fade Steph, considering he’s not getting his regular minutes. Poole and Klay are going to be dominant on the perimeter. Draymond Green is great value at $6500, without taking ten shots, which is a tremendous asset (because he doesn’t cannabalize others’ fantasy upside). Kevon Looney is too cheap at $3500. They’ll need him to get more minutes vs. Jokic in Game 2.