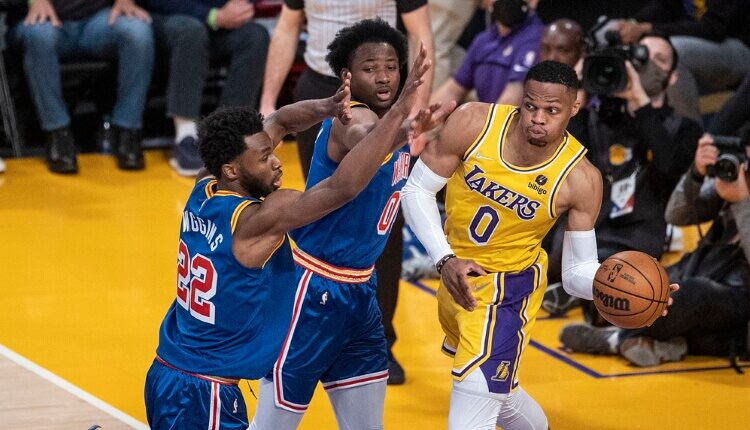 We’re getting closer and closer to the NBA playoffs! I can’t believe this year has gone by so quickly, but it’s not over yet. In fact, we have a short-and-sweet five game slate on tap for tonight. This is the perfect sized slate for my money, considering it allows you to do deep dives on each team, that won’t take up your whole day.

Offensive Rating: 5th vs. 12th in the league

Defensive Rating: 14th vs. 9th in the league

Predicted Outcome: The Bucks are sitting pretty going into the playoffs. Much like last year, they’re cruising along, and no one is really talking about them. I think the loss of PJ Tucker will be crucial for them, come playoff time, but in terms of beating the 76ers, the Bucks are well-equipped to do that. The Bucks are just the better team.

DFS Targets: While I don’t expect the 76ers to win, the pace up matchup is good for their fantasy prospects. You know what to expect from Embiid and Harden, but I think you can add Maxey and Tobias Harris to your player pool, as they have found their footing in an offense that is learning to play with each other. On the Bucks, stick with their big three of Giannis, Holiday, and Middleton. This isn’t the game where I find my value plays. Though Serge Ibaka continues to give us 20+ fantasy points while sub-$3700.

Offensive Rating: 20th vs. 11th in the league

Defensive Rating: 25th vs. 21st in the league

Predicted Outcome: The Bulls are in shouting distance of falling into the play-in game. They have consistently beat teams that they’re supposed to beat, but struggle mightily against good teams. Perhaps it’s the reason they haven’t signed Zach LaVine to his deal yet, as they aren’t sure this team is a Championship contender. Nevertheless, the Wizards are one of the teams the Bulls are supposed to beat. And they will.

DFS Targets: On the Bulls, Vuc is a near lock at $8000 against a poor defensive front court for the Wiz. You know you can count on LaVine and DeRozan to hit their value. Coby White is a sneaky pick in what could be a blowout. On the Wizards, Porzingis hasn’t missed a beat with his new team, and is too cheap at $8500.While Kuzma is out, expect the usage to shift to Deni, Kispert, and KCP. All of which will help you build out a balanced-price roster, as opposed to stars and scrubs.

Offensive Rating: 28th vs. 8th in the league

Defensive Rating: 24th vs. 23rd in the league

Predicted Outcome: The Nets win this one in overwhelming fashion.

DFS Targets: Kyrie’s first home game in Brooklyn this year didn’t go as planned, but he should have no problem getting things going against one of the bottom four teams in the league. I hesitate to include anyone from this game because the blowout risk is very real, but if you’re into playing with fire, you can count on: Cade Cunningham, Kyrie, KD, Bruce Brown, Marvin Bagley, and Andre Drummond. The later three are thousands of dollars cheaper than the former three, so it takes some risk out if there is a blowout.

Offensive Rating: 24th vs. 18th in the league

Defensive Rating: 20th vs. 6th in the league

Predicted Outcome: The Lakers don’t have the offense to operate in a half-court scenario, which they will have to do more of in a pace down matchup. Further, they don’t have the defense to stop Luka. LeBron’s also got a bum ankle and might not even play. This is shaping up for the Mavs to win easily.

DFS Targets: On the Mavs, you can trust Luka, Brunson, and Bullock. On the Lakers, Russ should eat a lot of usage with LeBron out. He’s a lock for me, even in a blowout. Monk is too cheap for his 30+ fantasy upside. Same goes for Dwight Howard. Austin Reaves is a bit volatile, but he could get PLETNY of minutes. His $3500 price tag will be perfect if you’re going for a stars and scrubs lineup.

Offensive Rating: 1st vs. 27th in the league

Defensive Rating: 13th vs. 8th in the league

Predicted Outcome: The Jazz are the better team, as evidenced by their net rating. Further, Paul George might make his return tonight. I think that does more damage in the short-term, as it throws off rotations and forces weird substitutions, as I’m sure he’ll be on a minutes restriction. Jazz win.

DFS Targets: We aren’t getting much of a discount on Paul George, considering he’ll be a minutes restriction most likely. I’ll be underweight ownership, relative to the field. He’ll also take down the usage rates of players that you could count on like Reggie Jackson and Morris. I won’t be targeting any Clippers players other than Hartenstein at $4700. On the Jazz, I like Mitchell and Gobert (if he plays).