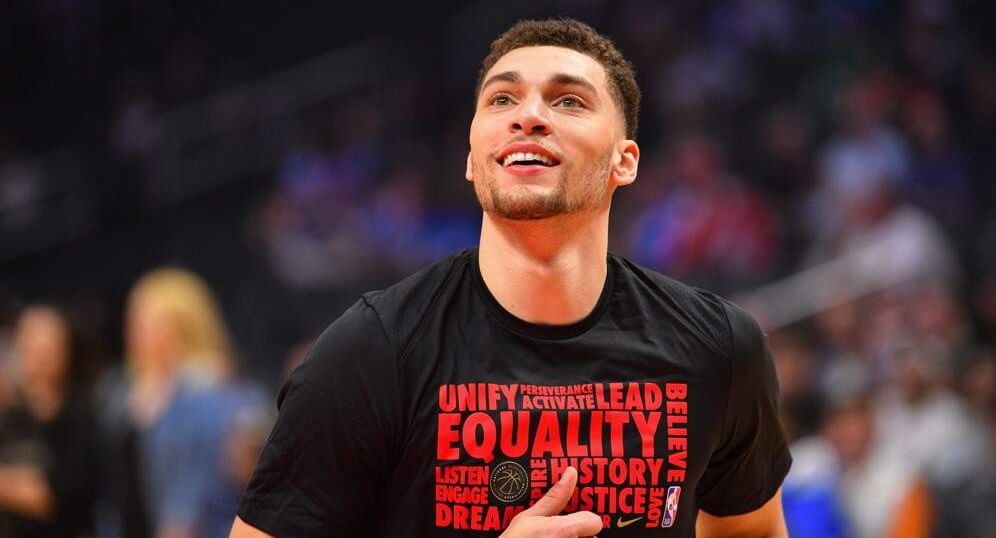 We’ve got a healthy six game slate to kick off our NBA DFS weekend. Because the tournaments are bigger on Draftkings, I’ll focus on those prices, so be mindful if you’re using Fanduel, Yahoo, or any other competitor, that varying prices will also change the attractiveness of each play.

Offensive Rating: 8th vs. 10th in the league

Defensive Rating: 9th vs. 7th in the league

Net Rating: 4th vs. 6th in the league

Predicted Outcome: This should be a great battle. Two championship-contending teams will get to see where they match up against one another, and where their deficiencies are. This is the type of game where the Nets decide they need to trade Kyrie for another piece that will play, or if they are fine just the way they are, and ride out this COVID storm. Looking at the stats, it’s not immediately clear who the better team is. I’m going to go with the Bulls because the Nets would be in their second leg of a back-to-back. However, I don’t have much confidence. This will be a slugfest from the tip.

DFS Targets: The pace of the game suggests that we will see a lot of guard/wing play from both teams. I’ll fade Vuc at $9400 as his price has really risen, and I don’t anticipate a lot of post play. DeRozan and LaVine are intriguing at $9100 and $8900, but they are facing a top-10 defense, so there might be better values on the slate. Same goes with Ball at $7200. For my money, Harden and Durant are matchup proof, so they’ll be in my player pool. Further, Bembry at $4500 could provide value.

Offensive Rating: 9th vs. 12th in the league

Defensive Rating: 12th vs. 10th in the league

Net Rating: 5th vs. 7th in the league

Predicted Outcome: I could almost copy and paste the projected outcome blurb from above. Both of these teams are fighting to come out of the East, and both of these teams have a legitimate shot. The Bucks are the reigning champs, while the Heat made their moves in the offseason to counter what the Bucks have built. The Heat have a better offense, while the Bucks have a better defense. The Heat play slowly, while the Bucks push the pace. When push comes to shove, Bam, Butler, and Giannis are looking like they’ll miss this game. That being said, the Heat should take this. Giannis means everything to MIL.

DFS Targets: The Heat should get heavy usage out of Lowry, which makes him a must play at $7800. The same goes for Holiday and Middleton at $7700 and $7500. Herro is in line to get 6th man of the year, and might have to start this game, so I like him at $7400. Bobby Portis is a bit too rich for my blood. The Bucks play too fast for me to find Dwayne Dedmon to be value. Stick with the stars.

Offensive Rating: 6th vs. 14th in the league

Defensive Rating: 29th vs. 21st in the league

Predicted Outcome: These are two bottom tercile teams in the NBA and honestly, they play like it. They are centered around their heavy usage stars, and while it’s fun to watch them dominate, it’s impossible to win in the playoffs with that kind of gameplay (e.g. Harden). Ja Morant is out, and he’s Memphis’ heavy usage star. Luka is in. So there you have it. No further analysis needed. The Mavs should be able to win this, even without Kristaps.

DFS Targets: Obviously, Luka is matchup proof, even at $11500. Jaren Jackson has been killing it, but I’m hesitant to pay up for him at $7600 without him playing 30 minutes every game. Kleber is a must-play if Kristaps sits, but everyone else is a bit too speculative for me.

Offensive Rating: 23rd vs. 3rd in the league

Defensive Rating: 11th vs. 1st in the league

Predicted Outcome: Come on. You see it. 19-3 vs. 7-13. Average net rating, vs. the best in the league. I don’t care that this will be the second leg of a back-to-back. The Warriors are far and away, the better team. They’ll take this one.

DFS Targets: This will be a fast-paced, guard-centric matchup. Curry and Murray are lights out plays in this game pace. Even at $11400 and $10100. I prefer Poole to Wiggins. I also like Payton for value at $3100. If we get a blowout, Payton could be in the optimal lineup.

Offensive Rating: 22nd vs. 7th in the league

Defensive Rating: 5th vs. 27th in the league

Predicted Outcome: No Dame, no chance. The Trail Blazers had one of the most disappointing offseason’s in the league. Especially when their star was challenging them to get them to do more. As of today, their GM has been fired. The Blazers have a lot going on, I don’t expect them to rise to the occasion, especially without Dame.

DFS Targets: In what could be a blowout, I’ll be underweight on Tatum at his big price of $9800, especially with the other options we have at the high salary prices. CJ’s prices have soared, despite his production not really increasing without Dame recently. He’s an easy fade for me. Nurkic could be a strong play at $7500, considering the slow pace to be expected. Same goes with Horford at $6800, perhaps even more than Nurkic, considering his cheaper price.

Offensive Rating: 25th vs. 16th in the league

Defensive Rating: 3rd vs. 26th in the league

Predicted Outcome: The only thing keeping this game close will be the fact that the Clippers will be playing their second game in as many days. Even with that, the Kings have a very average offense, and they’ll be facing a top three defense in the league. That’s a recipe for disaster. I expect the Clippers to take this one.

DFS Targets: I’ll be fading all Kings players against this defense. There are no values when an average offense goes up against a top defense. The only Clippers I can depend on in a back-to-back are the stars, which is just Paul George in this case. And at $10200, there are better options on this slate. Don’t be scared to avoid this game entirely.