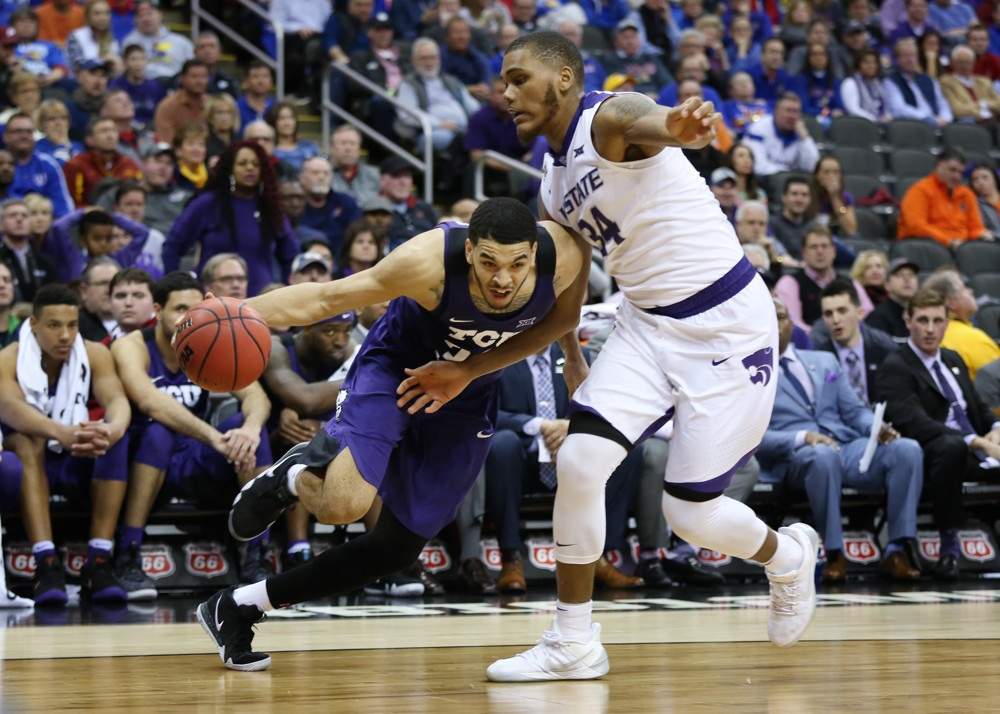 Nine games Wednesday as the fantasy basketball playoffs continue to frustrate and thrill owners alike. The word shutdown is beginning to rear it’s ugly head, paving the way for fringe players to increase their production. The Pelicans are one such team with both Jrue Holiday and E’Twaun Moore looking as though their seasons could be done. Kenrich Williams has been figuring in the rotation for at least a month but has seen his numbers fluctuate wildly.

Despite the inconsistency, his playing time is typically around the 30-minute mark and he can certainly fill the box score on any given night. Over his past ten games, he is averaging 7.6 points, 5.4 rebounds, 1.6 steals, and 1.7 triples. These are certainly not going to win any leagues but he could fill a gap in many situations.

The Bucks are coming off a victory over the Lakers on Tuesday but could once again be without Giannis Antetokounmpo. He sat out Tuesday’s win with an ankle sprain and while it doesn’t appear too serious, the team may elect to exercise caution. The fact they play the Cavaliers could also be a contributing factor but the call is unlikely to come until closer to tipoff. If he is given another night to recover, there is no real fantasy pickup with the starters merely picking up the slack.

The Cavaliers have their own injury concerns after Kevin Love missed their last game with back soreness. The team has no incentive to play Love unless he is 100 percent fit and so another DNP could be coming. On a more positive note, Larry Nance Jr. has been upgraded to questionable and could play his first game in almost two weeks. He will likely be on a minutes restriction but could still be worth streaming in, especially if Love is sidelined once again.

Jrue Holiday’s season appears as though it may have come to a premature end given he has been ruled out almost a day in advance once more. There is no reason for him to be rushed back and the improved play of Frank Jackson is certainly an incentive for the Pelicans to err on the side of caution. Jackson has scored the ball well since the injury and should be viewed as a points streamer in most formats.

The Magic will be looking to win their third consecutive game Wednesday and appear as though they will be relatively healthy. With no major injury concerns, this should be a very winnable game and could impact their playoff aspirations. Fantasy value typically comes from the same players on a nightly basis and owners looking for streaming potential would be best served looking elsewhere.

A win for the Celtics will move them level with the Pacers in the race for a top-four seed. It appears as though Gordon Hayward will miss another game due to a concussion while the 76ers will get Joel Embiid back after resting Tuesday. Hayward has been indifferent for the Celtics this season but is still an impactful player and will be missed. There is very little in terms of streaming value across both teams and owners should simply sit back and enjoy what could be a highly entertaining matchup.

Joel Embiid should return Wednesday, however, the risk of a second DNP remains present. He missed Tuesday’s game due to what was initially reported as rest. That changed when he was listed as out with knee soreness and although it doesn’t sound serious, the 76ers are going to be extremely careful with their franchise player. Owners should sit tight and keep an eye on the injury report leading up to the game.

The Jazz have put together four consecutive victories and should have little trouble accounting for a struggling Knicks team. Derrick Favors is questionable and could be given the night off, what with the assumed victory. There is no clear add if he misses the game with Jae Crowder likely to shift into the starting lineup and assume a larger role.

The Knicks continue to mess with their rotations, making the numbers hard to predict from night-to-night. Damyean Dotson ended with just 11 points in 18 minutes during the loss to Toronto but that would appear as though the result was a major factor. Prior to that game he had been arguably the most consistent player on the roster and should be given at least a couple more games to get things going again. He is available in over 50 percent of leagues and makes for a strong pickup with the Knicks still having three games this week.

The Wizards are basically out of the running for a playoff spot but continue to roll their main guys out there on a nightly basis. Unfortunately for those in need of streamers, it leaves the Wizards as a desolate landscape in terms of potential production. Thomas Bryant has had his moments this season but it typically playing fewer than 20 minutes each game, leaving him as a risky play.

The Bulls could be without both Zach LaVine and Otto Porter for Wednesday’s game, with Porter very unlikely to go. The potential absence of both players opens up an opportunity for Shaquille Harrison who finished with four steals in 32 minutes during the victory over the Suns. He is one of the more elite steals streamers available and on nights his shot is falling, can contribute in points.

The Rockets are on the second night of a back-to-back set and will be without Eric Gordon who will be given the night off to rest. There is also a chance James Harden misses a game very shortly, however, there has been no word on if and when that might happen. Danuel House Jr. played in excess of 30 minutes for the second time in three games Tuesday, coming away with 19 points including sis triples. His role appears secure at this point and he is definitely worth a look if you need points and threes.

Avery Bradley is banged up at the moment and is a chance to miss Wednesday’s game with multiple injuries. If he is ruled out, Delon Wright becomes a must-roster player in almost every format. C.J. Miles has been ruled out for the remainder of the season with a stress reaction in his foot. This also opens up playing time for Wright who could trend up in a hurry over the coming games.

The Heat have quietly won seven of their past nine games and currently occupy the eighth seed in the Eastern Conference. They come up against a Spurs team that has won nine straight and will be difficult to beat at home. Justise Winslow has already been ruled out which is not a good sign for his immediate future. Dion Waiters remains a somewhat serviceable streaming option but can be hit-or-miss from one game to the next. If the more reliable three-point players are taken, Waiters could be picked up as a last resort.

The Spurs are red hot right now and will be looking to extend their winning streak to ten games. Outside of their regular three-point streaming brigade, Jakob Poeltl has been quietly putting up solid numbers over the past few games. He managed six points and seven rebounds against the Warriors but is looking at a much more favorable matchup here. He will likely be on the floor for longer periods against the size of the Heat and should be viewed as a rebounds and blocks streamer.

After returning in their last game, Kyle Lowry reinjured his ankle and could miss Wednesday’s game against the Thunder. Kawhi Leonard will likely return after sitting out Monday but that could simply depend on whether he feels like playing. Fred VanVleet has been back for just two games but has already emerged as a standard league pickup. It is rare the Raptors have their full complement of players and VanVleet is typically the primary beneficiary.

Russell Westbrook will return to the lineup after missing one game due to a suspension as the Thunder look to halt a three-game losing skid. They have fallen to sixth in the standings with just two games separating five teams. Every game is crucial moving forward but the Raptors are certainly not going to lie down, even though they could potentially be without Kyle Lowry. Nerlens Noel missed Monday’s game with a quad injury and if he is in street clothes once again, It will be Steven Adams picking up the slack as opposed to a fringe player benefitting.

The Mavericks are trying their best to lose and thus far have done a splendid job, losing eight of their past nine games. Another loss would seem likely here and only enhances the opportunity for Jalen Brunson. The rookie has scored at least 10 points in eight straight games, shooting the ball exceptionally well from the point guard position. He has also been a steady source of assists and has not missed a free-throw over that same period. His ownership is rising but if he is still floating around in your league, don’t hesitate in picking him up.

The Trail Blazers will be looking to maintain a spot in the top-four despite the loss of C.J. McCollum, potentially for the rest of the regular season. Jake Layman moved into the starting lineup Monday but was terrible, missing all five of his field-goal attempts. There is unlikely to be one particular beneficiary with the production spread across numerous players. Moe Harkless has played 27 and 29 minutes across his two games since returning from injury and could see a small uptick in his usage with McCollum sidelined. He provides value in steals and the potential for a scoring boost makes him worth a look in standard formats.