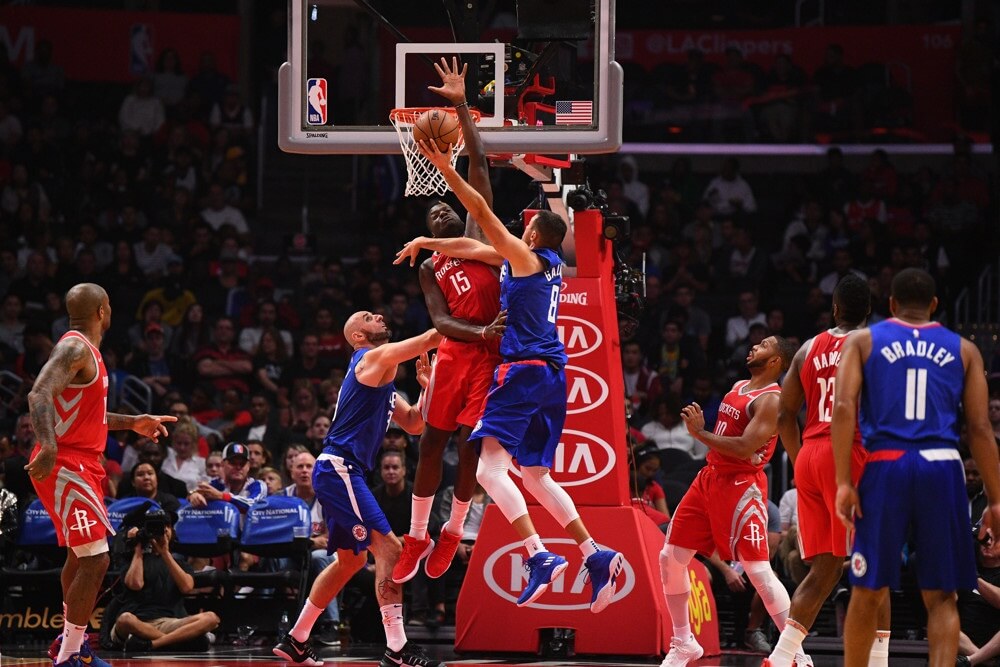 The fantasy playoffs continue for many owners in head-to-head leagues, with roto leagues also reaching their climax. Staying on top of the player injuries is tough with a number of late scratchings and rest days. The Rockets are making a push for the number one seed in the West and will likely be rolling their players out with regularity. Danuel House Jr. has rejoined the rotation and had an immediate impact. He figures to be a big part of their rotation moving forward and could be a sneaky addition in many formats as a player who can put up numbers in multiple categories.

The 76ers are coming off an impressive victory over the Bucks, a victory that assured them of a playoff berth. They are currently the third seed but need to continue winning to ensure they remain a top four team. Joel Embiid is going to miss Tuesday’s game for rest purposes, meaning Boban Marjanovic will be a hot streaming target. He has only played three games since returning from a knee injury but should see enough playing time to put up solid enough numbers.

The Hornets are currently out of the playoff race, sitting in the tenth seed. They are coming off their lowest scoring game of the season, a 93-75 loss to the Heat. Cody Zeller appears as though he is going to miss another game with an ongoing knee injury. There is no clear pickup here and owners should simply role with the regular contributors.

The Rockets continue to surge and are certainly one of the hottest teams in the league right now. Outside of their usual suspects, Danuel House Jr. has stepped up and moved into the standard league conversation. He has played 28 and 34 minutes in each of his last two games, putting up combined numbers of 32 points, 10 rebounds, and six three-pointers. The Rockets have an affiliation with House and seem intent on giving him plenty of playing time.

Alex Len bounced back, just, in his last game. He finished with 13 points and three rebounds in 24 minutes. He had been putting together a nice run of games across the month of March but the return of Dewayne Dedmon has put the brakes on his trajectory. Len could still be worth streaming in if you need rebounds and blocks, but the certainty of those numbers is far from 100 percent.

Alex Caruso has emerged as a potential late-season gem and has certainly put himself on the radar in many leagues. He has played at least 24 minutes in three straight games, hitting double-digit scoring in all three. Across that period he also has a combined 12 rebounds, nine assists, and seven steals. It appears as though he is going to be a big part of the rotation moving forward and should be considered if you need points, assists, and steals.

The Bucks are going to be without Malcolm Brogdon for up to two months and will need to regroup after losing to the 76ers just two days ago. Nikola Mirotic moved into the starting lineup for that game but it remains to be seen if that is the case moving forward. Whichever set they go with, there is no clear pickup in the long term. Giannis Antetokounmpo is also questionable for Tuesday’s game and his absence could result in a boost for D.J Wilson, who re-entered the lineup in the last game.

DeMarcus Cousins missed Monday’s game with an ankle injury and it appears likely he will also miss Tuesday’s game. Andrew Bogus made his season debut for the Warriors in the loss to the Spurs, moving straight into the starting lineup. He finished with seven points and seven rebounds in 19 minutes and could be streamed in if you need rebounds. Cousins injury doesn’t sound as though it is going to cost him any great length of time and so Bogut is a very short-term pickup.

Jeff Teague continues to be ruled out 24 hours prior to tipoff, perhaps an indication that a shut down is coming. There has been no word on any progress and a premature end to the season seems very realistic. Tyus Jones has been starting in his place and had been playing well prior to the last game. He may have been dropped in a number of leagues but should still be rostered, meaning if he is available, give him a look.

The Nets have lost three games in a row and need to turn things around if they hope to move back up the standings. Allen Crabbe is going to miss another game with a knee injury, which could see DeMarre Carroll in a slightly larger role. Carroll has a limited fantasy ceiling but could still help out with points and three-pointers if you catch him on the right game.

The Kings are just one place out of the playoff race but unfortunately, also six games back. Despite the fact they are likely going to miss the playoffs once again, it has been a much-improved effort from the team and would certainly be viewed as a successful season. Their younger players continue to improve on a nightly basis, none more so than Harry Giles. He has scored at least 12 points in three of his last four games, averaging 11.0 points, 5.0 rebounds, and 1.3 blocks.

The Pacers need to keep winning games if they are to avoid the Celtics in the first round of the playoffs. They arrive in Los Angles on the second night of a back-to-back, going down to the Trail Blazers on Monday. Almost every game seems like a challenge right now and hanging onto a top-four seed is going to be extremely difficult. The fantasy value lies primarily with the starting unit for the Pacers, with only Domantas Sabonis offering numbers off the bench. Owners looking to stream in a player are better served to examine other teams at this stage.

The Clippers are currently the eighth seed in the Western Conference but sit just three games behind the fourth-seeded Trail Blazers. It appears up to five teams are going to battle it out for the lower seedings, with every game crucial to their chances. Landry Shamet has been exemplary for his new team and is one of the more reliable three-point streaming options. He is averaging 3.8 triples per game over his last eight, and there should be no hesitation in streaming him in if you need an injection of perimeter scoring.