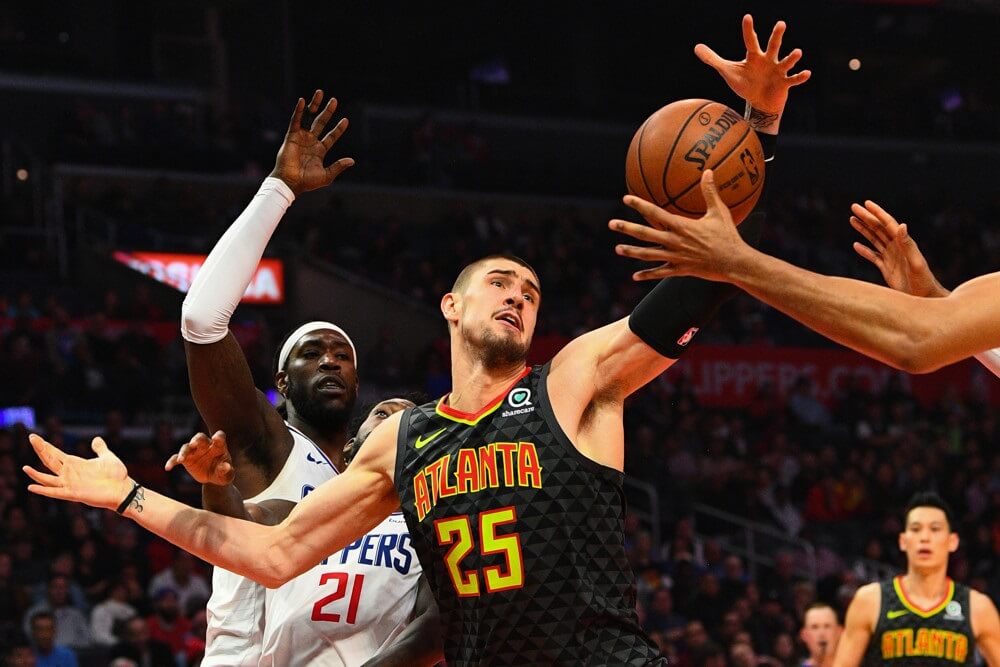 With less than a month left in the regular season, many teams are looking to secure a playoff spot by any means necessary. Five of the six games Wednesday have playoff implications; all except for the Hawks who host the Grizzlies. Neither team is going to see the postseason, however, there is still potential fantasy value to be found. The Hawks are missing a number of rotational pieces, especially in their frontcourt. This has meant Alex Len has seen an increase in his playing time, and thus far he has taken advantage of the situation. He has always been able to put up points and rebounds when afforded the playing time, and the addition of a three-point shot has only increased his upside.

The Magic currently sit just outside the top eight, occupying the ninth seed in the Eastern Conference. They come up against a Wizards team that can still mathematically qualify for the playoffs, making this an important game for both teams. Aaron Gordon is questionable with a rib injury, however, his possible absence is not likely to result in a boost for one individual player. There is no clear pickup if he does sit out and the usual suspects will likely just see a small boost in their respective production.

The Wizards are coming off a strong victory over the Kings and will need to win basically all their games from here to make the playoffs. Much like the Magic, there is little to see from a fantasy perspective, outside of their main pieces. Tomas Satoransky is still rostered in only 71 percent of leagues, a number that is far too low given his recent production.

The Nets have now won four games in a row and will see this as a very winnable game. Rodions Kurucs has been impressive since moving back into the starting lineup, having scored at least 10 points in five straight games. Kurucs has underrated athleticism and is able to score from multiple areas on the floor. His playing time is still a little inconsistent but the upside is obvious and he is worth picking up in basically all formats.

The Thunder have been wildly inconsistent over the past few weeks and need to get on a roll if they are to lock down a top-four seed in the West. Paul George continues to struggle from the field and has shot no better than 32 percent from the field in each of his last six games. He is contributing in other areas which has certainly buoyed his value of late. The shoulder injury that cost him three games may still be an issue and owners will simply have to hope he can get things going again Wednesday.

The Pistons are coming off a bad loss to the Nets, but prior to that, had won eight of nine games. They come up against a Heat team that is clinging to the eighth seed and will be desperate for a victory. Since being acquired by the Pistons, Wayne Ellington has hit multiple three-pointers in 10 of his 12 games. His added ability to rack up steals makes him an interesting streaming option in competitive formats.

Josh Richardson is in danger of missing Wednesday’s game, an outcome that would be a bitter blow fort he Heat. Goran Dragic is back in the lineup for the Heat and his presence on the floor typically allows Richardson to play a lot better. Dion Waiters continues to see decent minutes and if Richardson is ruled out, could be in for an increased role.

The Grizzlies have been one of the more impressive teams over the past two weeks, winning four of their past five games. Delon Wright is starting to come into his own and has scored in double-digits in four consecutive games. Across that stretch, he has played at least 25 minutes in each game, while putting up numbers across the board. As long as Mike Conley is healthy, Wright’s ceiling is a little restricted but he is still a viable option in all formats.

The Hawks are very thin in the frontcourt right now and this has afforded Alex Len at least 27 minutes in six of his last seven games. In those five games, he is averaging 19.4 points, 8.6 rebounds, and 2.6 three-pointers. We have seen this before from Len and so any acquisition comes with an element of risk. That being said, if he is available, adding him for tonight is not the worst idea.

Kevin Durant will miss Wednesday’s game with a minor ankle injury, a bitter blow for those in their playoffs right now. The Warriors only have two games this week and so that could certainly have factored into the decision to sit him out. In his absence, it is likely the other starters will just increase their production as opposed to a bench player filling the void.

The Rockets will be looking for their 10th consecutive victory Wednesday and will face a Warriors team that is down one superstar in Kevin Durant. Outside of their primary weapons, Gerald Green is really the only other player who could have relevance across 12-team formats. He has drained multiple three-pointers in eight of his past nine games and is worth a look if you require perimeter scoring.

The Jazz have lost three of their past four games but do sit just four games out of the fourth seed in the Western Conference. They come up against the bottom-placed Suns in a game that should be chalked up as a victory. However, the Suns have won four of their past five games including wins against the Warriors, Bucks, and Trail Blazers. Kyle Korver had been shooting the ball prior to their last game and is yet another three-point streaming option.

The Suns are playing their best basketball of the season right now and are certainly not to be taken lightly. Richaun Holmes has had patches of standard league relevance this season but unfortunately, their recent form has coincided with Holmes seeing a dip in his production. He has played in excess of 20 minutes just once in the past six games and is not really worth a look unless you are desperate for blocks.

Runs on the Cheap: Late Round Runs