Can You Cut Jesus Aguilar, Chris Archer and Other Struggling Stars? 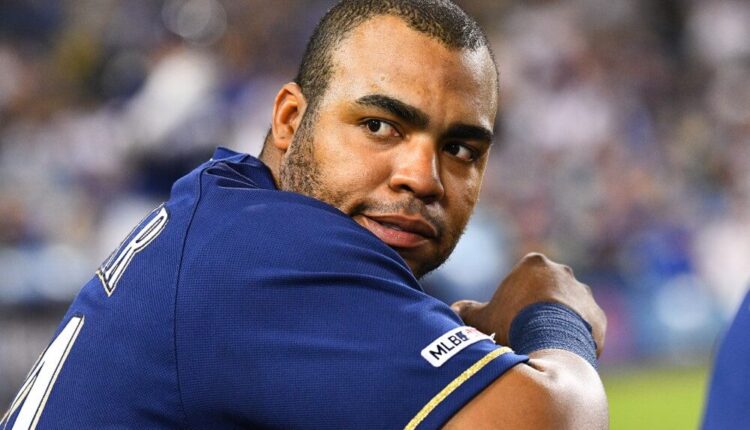 You may not know it, but Memorial Day Weekend is a huge date on the fantasy baseball calendar. It is basically the New Year’s Day for your team. On New Year’s Day you hungoverly stumble to the mirror, take a hard look at yourself, and think of a resolution! Maybe you want to read more, maybe you want to be a nicer person, or most likely, you want to get into better shape. Well, Memorial Day for your fantasy baseball team is not much different. You hungoverly look over your roster, the standings, and evaluate your team. Can you afford to wait on these injured players? Which categories can you make the biggest push in without hurting yourself elsewhere? Which categories do you need to make a trade in order to improve in? The only difference – you should care enough to not give up on your fantasy baseball team, unlike your resolution!

This is a big date for deciding whether or not to drop a player yet. Many times, fantasy baseball players tend to be reactionary and want to drop one of their early picks a month into the season if they get off to a slow start. But now, we are working with two months of sample size. It is still not enough to outweigh years of successful seasons for proven players, but it is large enough where you are justified letting go of some very disappointing hitters.

Jesus Aguilar is a player I have preached patience with. After getting off to a slow start last year, he caught fire and finished as a potential MVP candidate. I thought we were starting to see him breaking out of this slump at the end of April, when he hit three homers in a two-day span. I thought they would come in bunches and he would catch fire.

He has yet to hit another since. Since then he is hitting .250 with a .397 OBP, but the playing time has been too scarce. He went 10 days between starts. Tuesday was just his third start since May 16 and his first since May 18. It was tough to do because I still think there is a lot of talent here, but I had to drop him in a 12-team league this past weekend and think it is okay for you to do the same. In 15-team leagues, I would prefer to stash, but understand if you simply do not have the spot.

Christian Walker was an early-season waiver wire darling, but that luster has quickly worn off. He is hitting just .121/.216/.212 over the last three weeks. In that span, covering his last 74 plate appearances, he has just one homer and two runs. He has a 35.1 percent strikeout rate in that span.

Not to belittle his hot start, but Walker is a 28-year-old player with very little major league success. He always put up good numbers throughout the minor leagues. But the DBacks may turn their attention to the new shiny toy in town, Kevin Cron, who put up numbers in the minors this season that Walker could only dream of. I think it is okay for fantasy owners to cut bait with Walker in 12-team leagues.

Travis Shaw has had a very disappointing season. At the major league level, he has hit .163 with just four homers and eight RBI. He has also been placed on the IL and is playing in Triple-A as he continues to rehab from a wrist injury. However, even that is not going well. He is hitting just .105/.227/.105 with three walks and six strikeouts. Those numbers inspire no rush into the Brewers to recall Shaw.

Additionally, once he rejoins his club, there will be playing time concerns. Since Shaw has gone down, the Brewers have called up top-prospect, Keston Hiura, who hasn’t played particularly well but has played well enough to steal time from Shaw. Perhaps Shaw is used as a super utility player, seeing time at third, second and first base. There is the possibility that he regains the everyday job, but I will not trust the Brewers with that until I see it. If you have an IL spot I would stash Shaw there, but if not, he can be dropped in all 12-team formats.

Joey Votto is one that I go back and forth on. I thought his name alone would be able to fetch value in trades, but judging from those on Twitter, that doesn’t seem to be the case. Fantasy baseball players are smarter than ever, and it is less likely that someone will trade for Votto after the last eight months of baseball he’s played, rather than buy him because of his name.

The one thing I have continuously said about Votto is I expect him to hit more homers. He has a 36.2 percent hard-hit rate, which is not great by any measure but is certainly not awful, as well as a 41.3 percent flyball rate, the second highest of his career. So he still hits the ball hard a decent amount and is hitting more flyballs than ever, but yet he has a career low 7 percent HR/FB rate. However, I do think the days of seeing Votto be a great source of average or OBP are gone. His expected average is just .229 and he is striking out more than ever. He has been hot lately so I would be trying hard to sell him right now. If you cannot do so, as much as it pains me as a Votto fan, I am okay dropping him.

Paul Goldschmidt got off to a red-hot start but has cooled off mightily as of late. As was pointed out to me on Twitter, Goldy has not been hitting for any power as of late. Since April 28, Goldy has hit .242 with a .283 SLG, a .040 ISO and just one homer. He has a 28.3 percent strikeout rate in that span. I understand that this last month has been frustrating, but Goldy is the 110th overall player in 5×5 leagues. Plus, he is Paul friggin Goldschmidt. It has definitely been frustrating as of late, but there is no way I am even considering benching him, let alone dropping him.

Andrew Benintendi is one of those players I knew has been struggling, but I do not have him anywhere so I have not yet done a full deep dive yet. But once I did, I understand the concern. He is only hitting .256, has a career-high 23.4 percent strikeout rate, and a career-low .144 ISO. Additionally, he is hitting just .077 with a 34.8 percent strikeout rate and no extra-base hits in the first inning this season.

Admittedly, this is a strange new problem for a leadoff hitter. The hope is that this new first inning struggle does not lead to him permanently getting moved down the lineup. Benintendi has never had an exceptionally high hard-hit rate, but his 34.2 percent is just a tenth of a percentage point away from his career high. He also has a career-high 45.1 percent fly ball rate. Despite the fact that he is hitting the ball as hard as ever and lifting it way more than he ever has, he has a 7.7 percent HR/FB rate. I expect that number to climb and more balls to leave the park for Benintendi. Despite his struggles, he is still the 152nd overall player in 5×5 leagues. Factor that with the upside that he possesses and much like Goldy, I am not even benching, let alone dropping.

Chris Archer is an interesting one. I said just last week that I think Archer is a big enough name to warrant holding in fantasy. He may never live up to expectations, but as long as people believe there is potential here, there is trade value. However, he went out in his next outing and allowed four earned runs in just five innings. He has now allowed at least three earned runs in five straight outings and four or more in three of his last four.

On the year, he has a 5.75 ERA, a 5.55 FIP and a 5.43 xFIP. He has gone more than five innings just twice and has not done so in five straight outings. He also has a 39.5 percent hard-hit rate, which is on par with his last two seasons. He is giving up more flyballs than ever (46 percent), but his HR/FB rate is 15.4 percent, not too much higher than the previous two seasons, 14.1 percent. This could be worse as I am surprised more balls haven’t left the park.

Additionally, he has a career-low 27.4 percent chase rate and an 11.4 percent swinging strike rate, which is the lowest he’s had since 2014. His 21.7 percent strikeout rate is his lowest since 2014 and his 13 percent walk rate is derailing his WHIP (1.55). His velocity is down nearly two MPH on his fastball and an MPH on his secondary pitches. His slider is getting more whiffs than in recent years, but his other three pitches are down significantly. However, his slider is getting hit harder than it ever has. There really is not a lot to like at all here. I would hope he has a strong outing his next time out and try to shop. If you have no one willing to take a shot on him… I think you can drop him.

Jose Ramirez is a player that a ton of you guys are considering dropping. I wrote about him two weeks ago and my opinion has not changed. I am not dropping him.

Buster Posey is not providing much other than a slightly above league-average batting average (.252). He is providing no power with just two homers. He is walking less and striking out more, good for a .300 OBP, which takes away why he used to be an appealing points league option. Other than just getting everyday playing time, there is not much to love with Posey. Because he plays daily, he is worth owning in two-catcher leagues, but can be dropped in one catcher leagues.

All stats entering Tuesday, May 28th.

Michael Florio is the winner of the 2018 FSWA Baseball Article of the Year and was a finalist for the 2017 Fantasy Football Writer of the Year. He has hosted video/radio shows, written for a number of print and web publications including the AP, NY Daily News and much more! For more from Michael check out his full archive.