The Cubs signed Drew Smyly to a two-year contract, while the Twins signed Michael Pineda to the same deal. Both had mid-2017 season surgeries to replace their UCL (Tommy John surgery) and will be non-factors for the 2018 season.

While 12 months may have once been the historic recovery time, it’s not anymore. The recent timeline shows that pitchers return at 14+ months. 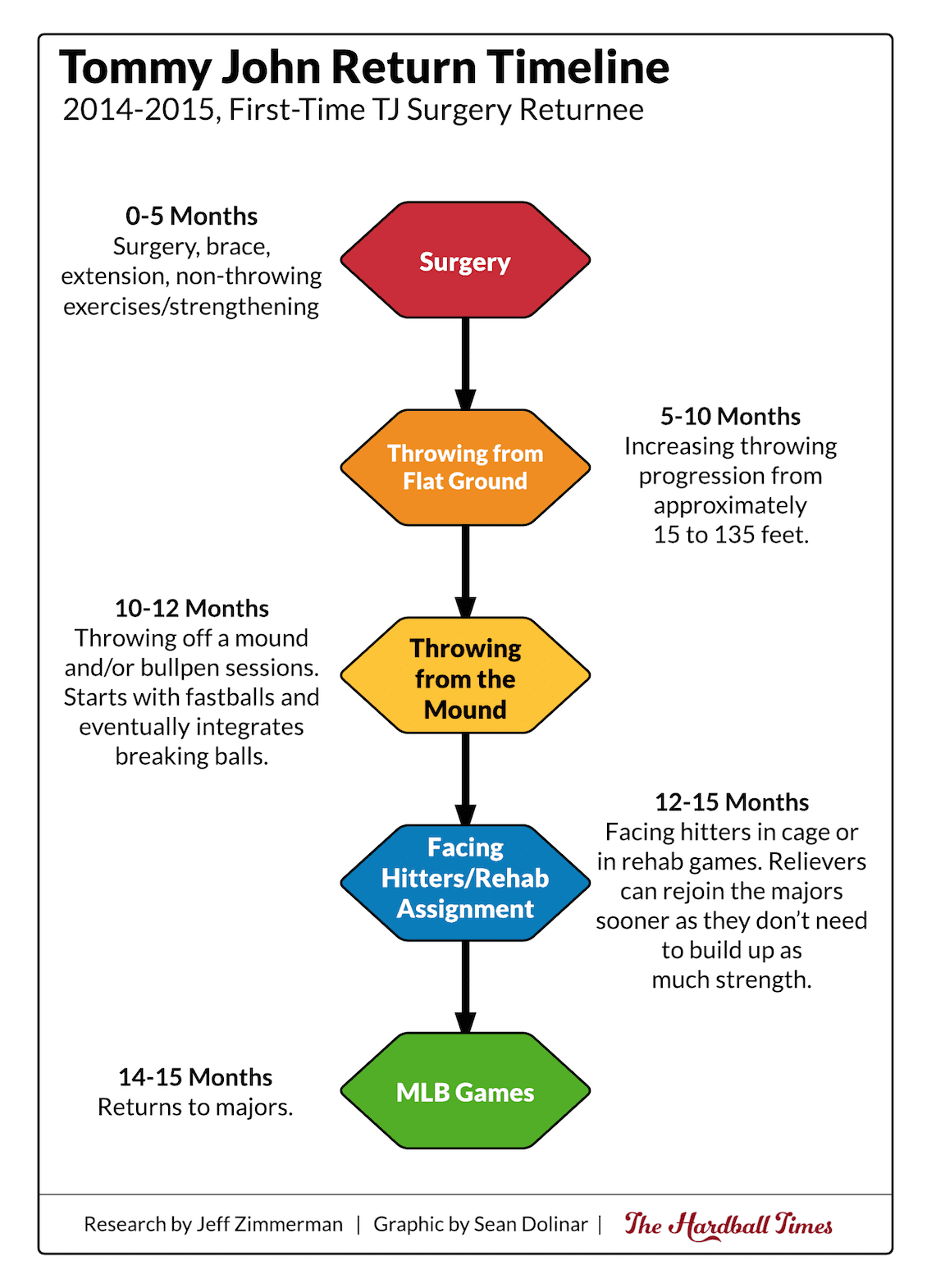 Both pitchers may return in August, at the earliest. Additionally, there is about a 15% chance that either one doesn’t make it back to the majors. Finally, even if they do return, most pitchers struggle their first season back, according to my research for The Hardball Times:

“The first season back from Tommy John is by far the worst for the pitcher, with all major stats headed in the wrong direction. By the second year, most stats have stabilized, except strikeouts. It’s not surprising to see strikeouts decline, since velocity is also declining.”

Rostering this pair simply comes down to individual league depth and available roster spots. In a 50-team draft-and-hold league, they may be worth taking a shot at late. Also, in leagues with double-digit or unlimited DL slots, stash and hope for the best. Otherwise, other pitchers are going to become available who will have more value than Pineda and Smyly.

The pair’s 2018 seasons will inform owners what to expect in 2019 in terms of velocity returning and pitch repertoire.