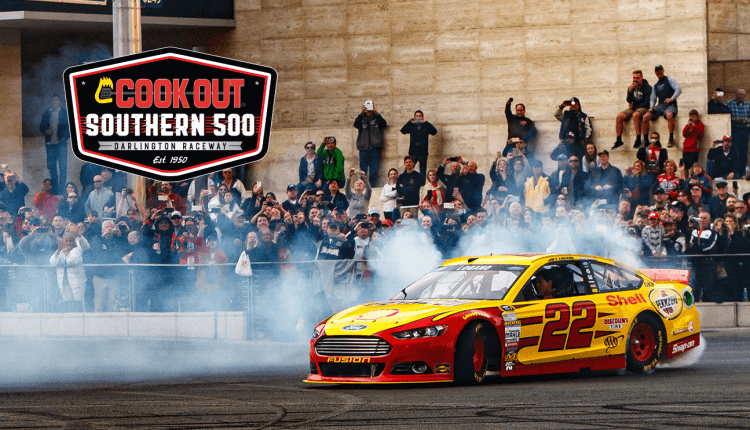 Welcome to the Cook Out Southern 500 and Playoff Sunday!

While fantasy football players cram for their last-minute drafts and worry about playing time for their picks, NASCAR DFS players have to worry about one thing this afternoon: Tires.

Back in May, during William Byron’s most dominant stretch of the season, he mismanaged tire wear, and Joey Logano ran him down, bumped him out of first, and Byron had only one Top 10 finish after. This is a note of importance as we look at the starting lineup compared to our preview to pick our drivers this afternoon.

Logano will sit in pole position when the green flag waves, while Christopher Bell will start right next to him. Bell has traditionally struggled in Darlington, so his second-place start makes him a nil roster option for me. Byron, however, will line up directly behind Logano, immediately setting the stage for any possible fireworks leftover from this spring. Tyler Reddick and Kyle Busch round out the Top 5.

Here is a look at some values I see on the board:

If Martin Truex wants to avenge last week, he is on the perfect track to do so as he brings great past success and veteran knowledge into the Cook Out Southern 500. His salary on both sites is high but justifiable, and his qualifying position of 17 makes him a good value all around.

After him, I’ll look to load up on the playoff contenders, starting with Kevin Harvick in 18th place and Kyle Larson in seventh. There are also some non-playoff drivers with great value based on QP. I particularly like Erik Jones in this case.

Here are a couple of lineups I plan to enter in GPP contests:

I hope you’re having a wonderful, fun-filled Labor Day weekend. Let’s make some money today and spend it tomorrow, shall we? If you have any thoughts or questions, hit me up on Twitter at @thewonkypenguin.