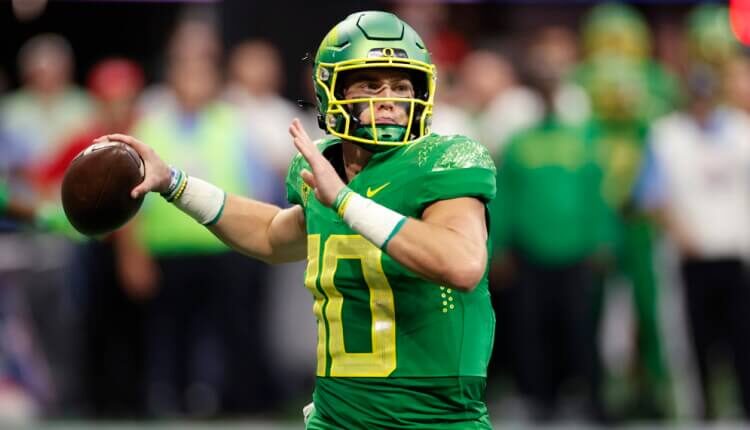 My season-long College Fantasy Football rosters are in good shape to make a push for the playoffs after a month of intriguing games and surprising players. My eight combined teams are 25-7, and I am ranked among the top three in four best ball leagues–needless to say, I hope that I am not jinxing myself by crowing about results.

Despite early season success, I am active on the waiver wire and always looking to improve my rosters. I have averaged over two free agent pickups per team each week and scan the available player pool from Wednesday to Friday for possible sleepers to upgrade my starting lineup. It is a labor of love for sure and sharing the hobby with others is an honor and pleasure.

I have identified nine players, who are possibly available in your season-long CFF leagues. Matt Hicks and I break down the upcoming College Fantasy Football slate on the CFF Week 5 show presented by the Rookie Big Board, and CFF fanatics in the Twitterverse provide insight and analysis for potential starters this week.

It is MACtion season! I drafted WR Jayshon Jackson throughout the summer and have watched the Cardinals’ offense twice this fall. QB John Paddock popped off the screen and has been impressive from a fantasy perspective.

Over the first month of the season, he produced over 25 fantasy points three consecutive weeks and averaged 283 passing yards and two touchdowns per game. The matchup with Northern Illinois pinpoints an optimal environment for Paddock and the Cardinals’ aerial assault on Saturday.

Very few college quarterbacks have frustrated me more than Max Duggan over the past three seasons. The Horned Frogs’ dual-threat signal caller is wildly inconsistent and could just as easily score over 40 points as register single digits…I have been on both sides of the equation with Duggan in my lineup.

I am going back to the well this week against a Sooners’ defense that just surrendered 56.5 fantasy points to Adrian Martinez. In the past two years versus Oklahoma, Duggan has passed for 622 yards and five touchdowns while scrambling for 62 rushing yards and scoring 51.1 fantasy points. I’ll roll the dice once more, expecting a solid performance with over 25 points from the TCU quarterback.

Why is Rourke still available in 81% of CFF leagues? What is going on? A MAC quarterback is essentially free in a near-perfect game environment to produce fantasy points, and few CFF diehards had the foresight to acquire the Bobcats’ field general.

Both quarterbacks, Kurtis Rourke and Collin Schlee, are capable of producing huge offensive numbers. I would not be surprised if the two teams combined for over 80 points. Do not let an opponent acquire Rourke: Scan the free agents immediately and grab him on your roster.

Over the summer, many CFF experts, myself included, ranked Braydon Bennett as a preseason top 25 running back. Lamentably, Bennett has not seen the field in 2022. Reese White garnered the most carries in the Chanticleers’ first two games. However, CJ Beasley has surpassed White—who is listed as questionable this week— and logged 34 carries and six receptions in the past two weeks.

At 5’10” and 205-pounds, Beasley has rushed for 231 yards, totaled 97 receiving yards, and scored twice against Buffalo and Georgia State. The undefeated Chanticleers play their second Sun Belt game, and Georgia Southern has been bludgeoned on the ground, ranking among the bottom ten teams. Start Beasley with confidence this weekend.

While it is ideal to start runners with an expected high volume of carries, matchups and efficiency cannot be ignored in searching for sleepers. Did you look at the horrific numbers by Colorado’s run defense above? It is clear that any ball carrier versus the Buffaloes warrants a long look as a flex starter.

Michael Wiley leads Arizona with 35 carries and has been efficient with the ball in his hands. He has averaged 6.0 yards per carry and scampered for 210 yards with three touchdowns. He also has nine receptions for 78 yards. The Wildcats scored over 30 points in three games this year and should have no problem posting another 30 on Colorado. Wiley is a nice option for CFF diehards in need of a runner.

The Cornhuskers’ program is in disarray, having lost three games and firing coach Scott Frost. While the offense did not fire under Frost’s guidance, the run defense might even be worse. Nebraska can not stop anyone on the ground, and Indiana comes into town with a solid rushing attack led by Shawn Shivers.

The former Auburn ball carrier has recorded double-digit fantasy points in all four games this season and produced over 20 twice while averaging over 18 FPPG. In the past two games, Shivers has become more involved in the passing game with nine catches for 53 yards and a touchdown. Any runner expected to garner nearly 25 touches is a worthy flex starter in CFF lineups.

Do CFF fanatics know that Quain Williams is the No. 37 ranked CFF receiver in PPR formats? He has secured 25 passes for 294 yards and three touchdowns, averaging over 18 FPPG. In his last three outings, Williams has produced over 20 fantasy points and scored in each contest.

Justin Marshall and Williams have formed a nice pass-catching duo for the Bulls, and QB Cole Snyder is capable of getting the football into both receivers hands. The 6’0” and 193-pound senior is in a nice position to be productive for CFF diehards again versus the RedHawks.

When I featured Tyler Scott in the CFF waiver wire column earlier in the week, he was on less than 1% of CFF teams. Within three days, he skyrocketed to 43% rostership. While the numbers might not foreshadow a ”smash spot” for the Bearcats’ passing game against Tulsa, he still garners starter consideration.

I am not impressed by the Golden Hurricanes’ opponents (Wyoming, Northern Illinois, Jacksonville and Mississippi) and the defensive statistics are skewed because of underwhelming competition. Arguably, Cincinnati is the premier passing game that Tulsa has played, and Scott will record his third consecutive outing with over seven catches and 100 receiving yards.

Last week, Clemson scored 51 points against the Demon Deacons, and Tigers’ WRs Joseph Ngata (6’3” and 210-pounds) and Beaux Collins (6’3” and 215-pounds) combined for eight receptions for 144 yards and a touchdown. Neither Ngata nor Collins are lighting up opposing secondaries in 2022 but produced against Wake Forest, which bodes well for the Seminoles’ aerial assault.

At 6’7” and 235-pounds, Johnny Wilson gets to employ his physicality, length, and body against the Wake Forest secondary this week. He leads the team in receptions (13), yards (272) and touchdown catches (2) while averaging 20.9 ypc. The former Arizona State receiver did not perform well last week against Boston College but will rebound in a pass-heavy game projection.

With so many injuries and changes at quarterback across the nation, who are you starting this week in CFF leagues?

“The Stanford Cardinals are about to get ‘Nix’d’…Bo Nix is back!! 33-of-44 for 428 yards and 3 touchdowns, an interception, six attempts for 30 yards and a reception for 18 yards last week. Nix is locked in and hungry!!! Quack young man quack!!” @NinoBrown_T2T

“N’Kosi Perry only had one bad game in five. This won’t be his second. He keeps lighting it up in a C-USA shootout.” @CFFonIG

“MAC play is here and Kurtis Rourke has already had two big games in non-conference play where he scored 37 & 46 points! I love the game script as Kent is an 11-point favorite & the O/U sits at 65.5!” @RJsFantasyFB

“Nathan Rourke for me. I think the matchup with Kent State will be an absolute shootout!!” @aceholesrule

“Ben Bryant has been quietly putting together a really good season. Regardless of competition (including ARK on the road), he has produced: 67%, 9 yards per attempt, 300-plus yards per game and 11:3 TD:INT Ratio. And Tulsa has been average vs. the pass.” @WaggleLeft

Matchups matter in college fantasy football and there are terrible teams against the run to exploit: Who are you starting this week in the backfield?

“Frank Peasant vs. the UTSA Roadrunners Defense that has allowed 931 yards and nine touchdowns this season!! 4.6 ypc. and 213 ypg!!” @NinoBrown_T2T

“Shaun Shivers has been inconsistent but look for another game over 20 points vs. the 130th ranked Nebraska rush defense.” @CFFonIG

“Shaun Shivers for me! Any team that is playing against the Cornhuskers can score points in bunches!” @aceholesrule

Wide receiver depth charts are malleable, and CFF managers must project targets and production closely when making lineups: Who ya got as a starter this week?

“Tyler Scott was a hot waiver add this week, and he is the only guy on the list with three straight double digit games.” @RJsFantasyFB

“I love all the WR options! They all are starter quality to me, but give me Cam Camper: 60 targets in four games!” @copieps

“Tyler Scott for me. Outstanding production in the past two games and a matchup with Tulsa seems rather tasty!” @aceholesrule