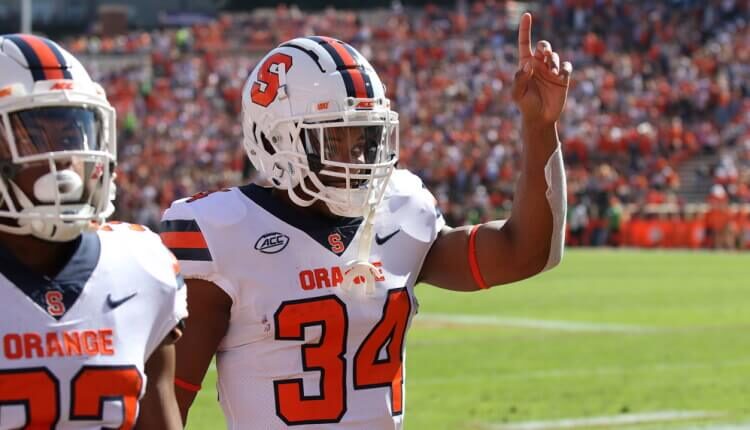 Taulia Tagovailoa has been solid all season and has posted nice fantasy numbers. Rutgers’ defense is stout but the offense is bad. Tagovailoa should see frequent time on the field thanks to a lot of three-and-outs. The Terrapins’ signal-caller has a lot of weapons to use, and he will get some points here.

South Carolina proved last week they can beat the big dogs. Will Shipley will be relied on here to keep Rattler and the explosive Gamecocks’ receivers off the field. Shipley has been so consistent this season: His worst game was 10.6 fantasy points.

At this number, Roman Hemby is crazy to me. Rutgers’ defense is terrible against the run. Hemby also gets some targets in the passing game. He has scored over 20 points a couple times so at this salary he is a steal.

Western Kentucky scores a lot of points, and their main focus is the passing game. Malachi Corley and Daewood Davis are the main targets for QB Austin Reed and at this price, they both may be steals to plug into lineups. I like Davis more as he has been more consistent, but they are both solid options.

Vandy will be competitive in this one: Is Spencer Rattler really much better than Mike Wright? As of late, Wright and his boys have been rolling. Tennessee has nothing left to play for, there have been locker room issues and of course, QB Hendon Hooker is missing this one. Wright gives good value at this number and not many people will pick him.

Sean Tucker at this number is a clear value. He is one of the best runners in the nation. Boston College is not a competitive opponent, and Syracuse will be looking to take advantage of a poor opponent. Tucker and the Orange offense get going early, and the Syracuse runner provides your lineup a huge boost.

UCF is about to obliterate their opponent. South Florida might be one of the worst programs in the nation. Isaiah Bowser, Ryan O’Keefe, John Rhys Plumlee, you name it and there will be tons of points from players on the Knights. Bowser is a tough runner, and coach Gus Malzahn likes to use him in the red zone. The bruising ball carrier for the win.

Getting a Sooners’ playmaker at this salary provides a nice boost to lineups. Oklahoma needs Dillon Gabriel to use his experience and talent to outlast the Texas Tech offense. Gabriel will connect with Mims often in this game as their big-time connection finally shows.