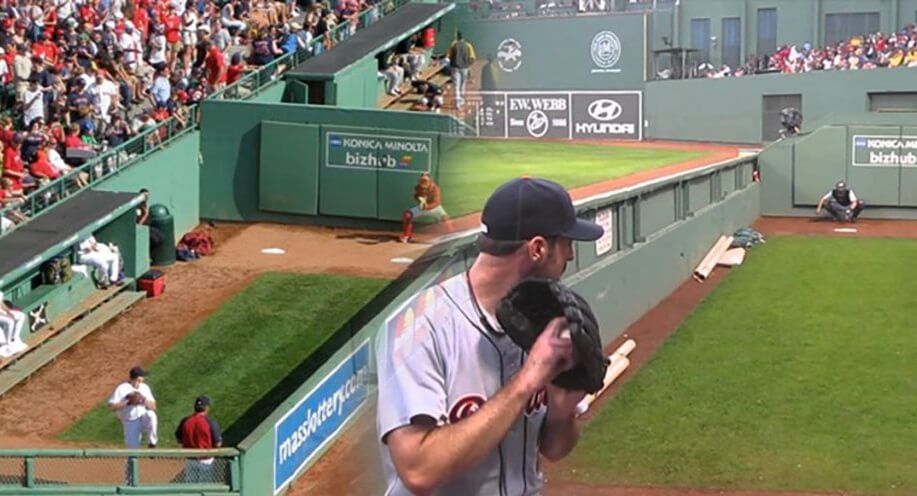 Week 27’s closer rankings brings us through to the end. It’s been a wild and fun ride as we finish off the 2019 regular season, and our fantasy teams along with it. As usual I take you division by division looking at each team’s closer and bullpen usage. Keep an eye out for one last relief appearance next week as I’ll close the season with a look at where things stand for every team’s bullpen going into 2020.

Mychal Givens has given up runs in three of his last five appearances, including three runs Tuesday against Toronto and earning the loss. Givens has recorded a disappointing 11 saves on the year with a 4.40 ERA as the best option in one of the worst situations all season.

Brandon Workman got the save Thursday afternoon against the Giants, but it didn’t come easy. Workman loaded the bases and walked a batter in to score before nailing down his 15th save. Matt Barnes continues to work behind Workman as the eighth-inning setup man.

The Yankees took an eight-run lead into the ninth inning Thursday and sent Aroldis Chapman to the mound to get some work in after he went the whole week without an appearance. Chapman’s save total remains at 37 on the season. Dellin Betances cannot catch a break. After making his return from the injured list, Betances was hurt after just eight pitches in Toronto, injuring his Achilles tendon that will knock the soon-to-be free agent out for the remainder of the season.

Emilio Pagan recorded his 20th save of the season Saturday. Pagan had separated himself from Diego Castillo and Jose Alvarado after all three were picking up saves as part of a committee through the season. Since being acquired from the Marlins at the trade deadline, Nick Anderson has been lights out, giving up only three total runs since August 1.

A 2.02 ERA and 14.14 K/9 over the year is a dream season for a closer. If only Ken Giles was healthy enough this season to pick up more than 20 saves. Toronto is an up and coming team with good young pieces to build around. It’ll be interesting to see over the offseason if the Blue Jays want Giles to be a part of their bright future. Derek Law has picked up five saves, often pitching when Giles has been unavailable.

Alex Colome picked up two saves and a loss over the week, giving him 28 saves on the year. Like the Blue Jays, Chicago is an up-and-coming team that will have a decision to make with Colome in the offseason. The veteran has been a reliable, yet unspectacular closer for the White Sox with a 2.59 ERA and 7.78 K/9.

Brad Hand threw a bullpen session on Wednesday and has yet to return to game action. Hand has been dealing with arm fatigue and while it’s a good sign that he was able to get through his session, we still don’t know when he’ll return. Meanwhile, Cleveland has used a committee approach with Oliver Perez picking up a save on Sunday.

Joe Jimenez has five straight scoreless appearances that include three saves. Jimenez has been a volatile option given his walk and home run rates. Since Shane Greene was traded at the deadline, Jimenez has picked up seven saves.

Ian Kennedy locked down his 30th save of the season for his lone appearance on the week. Kennedy has given up one run over his last 10 appearances that includes eight saves.

The saves keep on coming for Taylor Rogers after picked up three more on the week. Rogers now has 28 saves on the year that includes 10 over the last month. Rogers has been fantastic, giving up only one run since August 11.

Roberto Osuna picked up two saves for the Astros, giving him 35 on the season. Osuna has been a clear top 10 option at the closer position all season long will go into next year as so.

Hansel Robles has not given up a run since August 15. Robles picked up two more saves on the week, giving him 22 on the season. The closer position for the Angels was in question early in the season but since June 1, Robles has a 1.22 ERA and 16 saves, proving to be a reliable option.

Perhaps no one has raised his stock more among relievers than Liam Hendriks. Two more saves on the week gives Hendriks 23 on the season to go with an elite 1.64 ERA. Future starting rotation members Jesus Luzardo and A.J. Puk have been pitching in relief with Luzardo staying on a five-day schedule, pitching multiple innings when called upon. Luzardo has looked great, flashing a bit of what we can expect from the top prospect.

As expected, the closing situation in Seattle has been a fluid one, with Matt Magill picking up a save for the Mariners this week. Matt Magill and Anthony Bass have been the relievers alternating save chances. Neither are worth owning anywhere.

Jose Leclerc made one appearance on the week in a non-save situation. Leclerc has 13 saves on the season with an encouraging 13.08 K/9 and 0.97 HR/9. The problem with Leclerc has been his control, with a 5.29 BB/9. I imagine the 25-year-old closer will have a chance to redeem himself going into next season as the Rangers closer.

Mark Melancon converted his 12th save of the season Thursday against the Phillies. All but one of Melancon’s saves have come after the trade deadline when he was moved to Atlanta from San Francisco.

Jose Urena picked up his second save of the season this week for the Marlins. Those two saves come on seven appearances out of the bullpen since being reinstated from the injured list. Urena missed nearly three months due to injury and was moved to the bullpen.

It seems as though Edwin Diaz has fallen to third in the pecking order when it comes to the Mets’ bullpen. Justin Wilson picked up a save while Seth Lugo earned two wins on the week. Diaz gave up a run on two hits in Colorado for his only appearance on the week. Seth Lugo has been far and away the best reliever for New York.

Hector Neris is up to 28 saves on the year after picking up two this week despite giving up runs in consecutive appearances.

Sean Doolittle still hasn’t recorded a save since August 16. Doolittle has struggled to perform the way he had been before landing on the injured list. Since his return on September 1, Doolittle has a 7.20 K/9, a vast difference from the 10.21 K/9 he was putting up before the injury. Daniel Hudson has picked things up for the Nationals in the ninth inning, picking up a save on the week.

Craig Kimbrel was activated from the injured list on Thursday and gave up the game-winning run to the Cardinals in extra innings. Kimbrel has struggled with consistency after a late start to the season and some injury issues, recently dealing with elbow tendinitis.

Raisel Iglesias picked up four saves over the last week, racking up seven in the month of September without allowing a single run.

Remember the concern we had over Josh Hader after he had a rough stretch in August? Yeah, that’s gone now. Hader picked up three more saves on the week, giving him a total of 34 for the season. Hader climbs his way back to the top of the closer rankings after a nice bounce-back month of September. Before Sunday, Hader had gone 10 consecutive appearances without giving up a run.

Carlos Martinez picked up two more saves for the Cardinals this week, giving him 21 now for the season. Martinez did blow the save chance on Thursday giving up a three run lead to the Cubs in the ninth inning.

Felipe Vazquez for all intents and purposes is likely done pitching in the MLB due to serious charges brought against him. Keone Kela should be in line for any save chances for the Pirates.

Archie Bradley has been fantastic over the second half of the season. Since the All-Star break, Bradley has a 1.95 ERA and all 15 of his saves. This is what many fantasy owners envisioned before the job was given to Greg Holland going into the season. Bradley picked up two saves on the week including a four-out save Wednesday against the Marlins.

After a good week on the mound, Jairo Diaz imploded at home against the Mets on Wednesday. Diaz gave up four runs in the ninth innings, earning him the loss. Dating back to August 12, Diaz had only given up one run in 14 appearances. Nonetheless, Diaz appears to be the preferred option in the Colorado bullpen.

Both Kenley Jansen and Kenta Maeda picked up a save for the Dodgers this week. As expected, the Dodgers are taking things easy with Jansen in high leverage situations and giving others such as Maeda an opportunity to pitch the ninth inning on occasion.

Kirby Yates made one appearance on the week and picked up his MLB leading 41st save of the season on Wednesday. Yates has been nothing short of spectacular all season with a 1.21 ERA and 15.08 K/9. There’s no reason to bump him off the top spot in the closer rankings.

Will Smith returned from a back injury for the weekend series against Miami and recorded his 33rd save of the season. Will Smith will certainly have a list of suitors ready to acquire his services this offseason. Shaun Anderson started his season off as a starter but was moved to the bullpen. Due to injuries to Tony Watson and Reyes Moranta, Anderson has pitched himself into a high-leverage role and could be a candidate to close games out for San Francisco next season.