CFF Players With Most Opportune Strength of Schedule 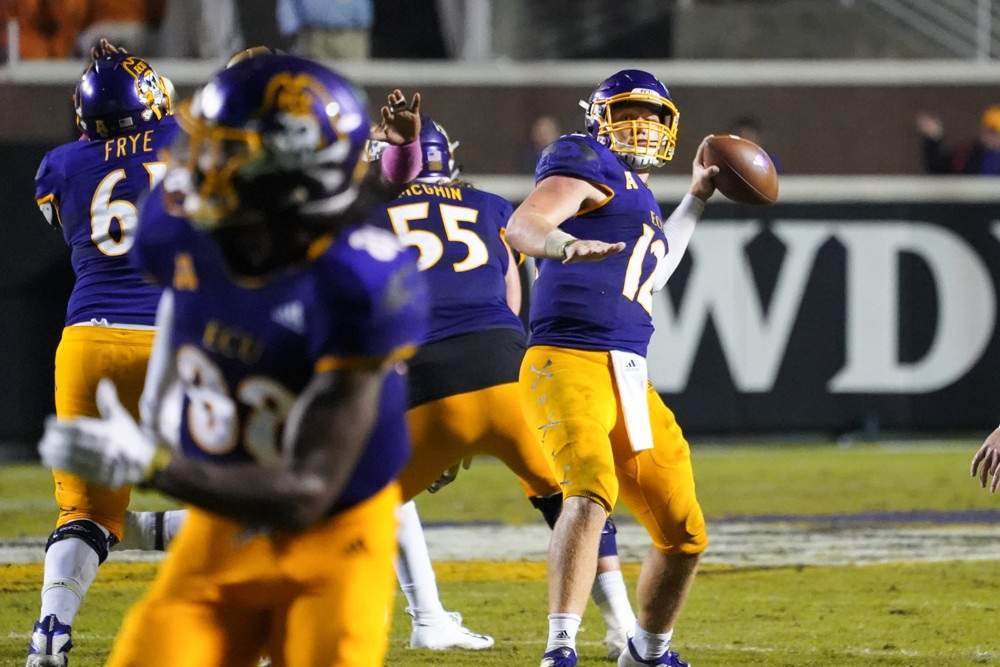 Some players are great but miss out on their full potential due to a difficult schedule. On the other hand, there are pretty good players that are made great by a really relaxed schedule. This week we will focus on the latter. I want to give you some names that are more fantasy relevant in 2019 due to a really easy schedule so you can capitalize on their draft spots.

Players Who Benefit from CFF Strength of Schedule

Virginia Tech has the easiest Strength of Schedule in the Power Five. Willis is going to pass a lot under Justin Fuente and he’s coming at an incredibly cheap price. Willis enjoys a strong receiving unit and faces his toughest competition at Miami in Week 6 and Week 10 against Notre Dame. The only downfall is that he faces multiple FCS opponents which can turn some owners away due to penalties.

On paper, Mason Fine has only improved from year to year. He had 300 fewer yards in 2018 than he did in 2019 but he played one less game and added to his yards per attempt. To top it all, he threw 10 fewer interceptions. This year, North Texas is the top dog in a down year for the CUSA and they play UTSA and UTEP who are two of the worst teams in the FBS. This schedule has 4,000-plus yards and 30-plus touchdowns written all over it.

Mobile quarterbacks are a priority for fantasy owners and Tyler Huntley is exactly that. Huntley produces when he’s healthy and his arm has improved greatly over the offseason. Utah’s schedule is usually impossible but they have an easy early-season schedule before their conference schedule starts. Then when you need him to produce the most, he gets UCLA, Arizona, and Colorado who all gave up plenty of yards a season ago.

Zac Thomas is a player I picked up in every league I was in last season and for good reason. Thomas had 21 passing touchdowns and 10 rushing last year and inherits a coach that had done wonders with Ryan Finley at NC State. App has many familiar foes this season but Troy loses Neal Brown and there’s no way they don’t regress. Thomas is sure to have big games against the Louisiana schools, Coastal Carolina, Charlotte, and North Carolina.

All things are lining up for a big year from Kelvin Hopkins. Amry loses Darnell Woolfork and needs their stud quarterback to carry on with the momentum he picked up against Houston in the postseason. The door is wide open for Hopkins to have a huge year with one of the easiest schedules in all of college football. I’m not normally one for triple-option quarterbacks but Hopkins is definitely worth considering this season.

If Spencer Brown was going to lose all five of his O Linemen, this would be the best year to do so. UAB has the easiest schedule in football by my calculation and Brown will pave the way for the Blazers this season. Brown enters his junior season with 2,556 yards in his two seasons as a starter. His touchdown numbers went up by six a season ago and an easy schedule will help him top that once again in 2019.

As if I needed to hype up Max Borghi more than he already is. Washington State is back looking for another quarterback to fill the void left by Gardner Minshew but they don’t have to look far to replace James Williams. Borghi’s first four weeks are poised to produce a ton of fantasy points with NMSU, Northern Colorado, Houston, and UCLA on the docket. You can also expect a big playoff outing against Oregon State in round one.

If you listened to CFF: On Campus this week, you will have heard the name Jaret Patterson thrown around. Patterson is a name no one is talking about given the amount of production that the Bulls lost a season ago. Patterson went for 978 yards and 14 touchdowns a season ago and is poised to have an even bigger season this year. He’s the focal point of the Buffalo offense and faces an incredibly easy schedule. Penn State and Temple are scary early but Kent State, Toledo, and Bowling Green is a beautiful championship slate.

Scott emerged as the next big name in a long line of Indiana running backs. His 1,137 yards was fifth highest in the Big Ten and his 10 touchdowns were third-most in the Big Ten. Indiana has one of the more slack schedules despite the fact that they play Michigan and Ohio State. If you read between the lines, Indiana plays UConn, Ball State, Nebraska, Maryland, and Purdue. That’s five games that could easily put Scott over 600 yards. Sure you have some unfavorable matchups, but the easier teams are far easier than the more difficult ones.

Jordan Ellis’ success last season came as a surprise to me. Most running backs avoid fantasy relevance when they are paired with a predominantly mobile quarterback. Bronco Mendenhall has proven this false for years now and helped Ellis to a 1,000 yard, double-digit touchdown season. Virginia’s schedule this season is obnoxiously easy and their final five games against Louisville, North Carolina, Georgia Tech, Liberty, and Virginia Tech screams opportunity for PK Kier.

Kier didn’t see many carries a season ago but is universally considered the successor to Jordan Ellis. There are plenty of carries to go around in Charlottesville. If you need an RB2 or Flex player that will come at an easy cost, Kier has some jet puffed defenses in the playoff weeks.

Antonio Gandy-Golden shot up 2019 draft boards with a 71 reception, 1,037 yards, and 10 touchdown season. He went up higher when Hugh Freeze was hired. And now I’m here to add fuel to the fire. Liberty essentially went out and found the best matchup for offensive stats in every week. Their game against Cuse week one could potentially produce big yards for both teams. They take on both the New Mexico schools that can’t play defense, NMSU twice. They also take on Big Ten powerhouse Rutgers. The only challenge I see is Virginia in Week 13. If it comes down between AGG and another player, don’t overthink it.

Despite J’Mar Smith’s inability to take that next step, Adrian Hardy and Teddy Veal remain as fantasy relevant receivers in most leagues. Hardy finished up last season with 75 receptions for 1,145 yards. I expect a bump in scoring against the 126th easiest schedule in football. Outside of Texas week one, Louisiana Tech’s football schedule is Bamboo Pillow soft. They take on Bowling Green, UTSA, UTEP, Rice, and UMass. Then Hardy should make up for any missed garbage time in high scoring games against Southern Miss and North Texas. Hardy is a huge win for anyone who snags him. Sit him week one then enjoy the benefits for the next 13 weeks.

The ACC is incredibly top heavy now. This may not be great for Clemson’s strength of schedule but for CFF competition it’s great. NC State just lost two prominent CFF receivers in Kelvin Harmon and Jakobi Meyers. State lost OC Eli Drinkwitz but they retain Des Kitchings and George McDonald who helped build the running game and receiving corps over the past several seasons. If any of the three Wolfpack quarterbacks are competent then Emeka Emezie is due for a big year. The best part about Emezie is that he’s flying way under the radar and has maybe three defenses on his schedule that pose a threat to stop him.

Do you want a guy that you can ride all season long then sell high on late? Tyler Johnson is your guy. Johnson’s first eight games are very relaxed with the toughest defensive competition coming from either Fresno State or Maryland. Then you can choose to sell him before going up against Penn State, Iowa, Northwestern, and Wisconsin. Best case scenario is those last four teams hit their down years hard and Tyler Johnson goes for 1,300 plus.

Should You be Worried about Struggling Stars: Jose Ramirez, Aaron Nola, Bryce Harper and more!