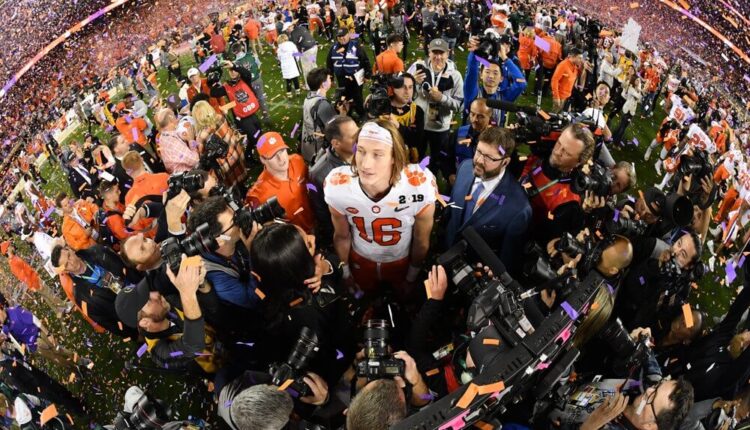 Although we can get excited about incoming freshmen or next men up, It’s nice to look at the guys who are established at their spots and excelled at it a season ago. Although Khalil Tate failed us last season, guys like Caleb Evans and Nathan Rourke both followed up their stellar 2017 seasons with great 2018 seasons. The 2019 season will approach quicker than you think so I would like to look at the top ten returning quarterbacks who have proven their worth in the past and we can rely on next season.

Zac Thomas is one of my personal favorites off this list. Following up one of the best players in your school’s history is difficult, but putting up 2,500+ yards of offense with 31 touchdowns is a great start. Although App State is switching coaches, Eli Drinkwitz was an incredible offensive mind at NC State and has a great talent at quarterback this season. His schedule is easier than last year with the loss of talent in the Sunbelt and an easier nonconference schedule and Thomas’ health and development over the offseason places him among the best in collegefantasy football going into next season.

I’m not much of a fan of the Gary Andersen hire but it’s hard to ignore what Jordan Love did a season ago. Love went out after a sub-par 2017 and set single-season records in passing yards and touchdowns for the Aggies, defeating former record holder and fantasy stud Chuckie Keaton. If Love can keep that same moxie from last season, he might make light of a new receiving corps. As far as those receivers go, this was one position Andersen got right at Oregon State.

This one was tough. Cole McDonald started off the season looking like the second coming of Eric Dungey and fell off progressively as the season went on. I’m placing Mcdonald on this list in hopes that he returns to early-2018 form and balls out in the run and shoot offense and makes his way to the top-three of this list where he should be ranked.

Bryce Perkins was a JUCO name that I was high on for most of the last offseason and, sure enough, he pulled through in a big way. Mobile quarterbacks are the life-blood of college fantasy football and Perkins is very good at doing just that. The speedy, shifty Perkins finished with close to 1,000 yards on the ground with nine scores on top of the 2,600+ yards and 25 touchdowns through the air. Expect similar results from Perkins as the Cavs will rely on him more in 2019.

Trevor Lawrence is another guy that could easily finish lower or higher on this list by the end of the season. Lawrence took over the Clemson quarterback position at week four against Georgia Tech last season leading to his first start in week five against Syracuse. He would go on to set freshman records in passing yards and touchdowns for a Clemson Tiger and won ACC Rookie of the Year.

His stud performance in the demolition of Alabama has many fantasy players drooling over his potential, especially with Tee Higgins, Justyn Ross, Amari Rogers, and Derion Kendrick back. The issue with his ceiling is that he’s competing for scores with Travis Etienne who has the greatest single-season from a running back in Clemson history. Etienne is 10 touchdowns and 1,542 yards away from Raymond Priester and James Davis’ career marks. Are there enough touchdowns to go around for both Etienne and Lawrence before they put the subs in?

The player who didn’t see the fourth quarter for most of the 2019 season, Tua Tagovailoa burst onto the scene in the 2017-18 National Championship Game and looked as good as advertised until some injuries hit late in the season. Hurts is gone and Tua is deeply entrenched as the guy for Alabama. Tagovailoa set single-season records in passing yards and passing touchdowns and if he can pass for 4,500 this season he will pass AJ McCarron in all-time passing yards (barring injury, he will finish as the all-time scoring quarterback).

If Tua stays healthy, he and his stable of excellent receivers will show out all season long as they look to return to the Natty once again. Tua could potentially be a top-10 player if he stays in the game for longer than he did most of last season.

Nathan Rourke won’t finish as the greatest Ohio Bobcat passer, but he’s likely going to finish as a top-10 all-time rusher and could finish with the most rushing touchdowns in Bobcat history. Rourke took a small step back last season and his Week 1 benching was interesting but he still managed to average 26 fantasy points per game and 341 fantasy points. Expect Rourke to finish strong with one last ride in a green uniform before he attempts to make a place for himself in the NFL.

I love what Sam Ehlinger brings to the table. He’s an excellent passer, has a ton of talent coming in at receiver, and he’s selfish at the goal line, all the makings of a fantasy stud. Tom Herman has done a great job with the quarterbacks that he has developed and Ehlinger is one of my favorites to go to New York in the postseason. Expect unreal numbers from the kid from Austin, Texas in what’s likely his last go at UT.

I LOVED Adrian Martinez going into last season. He had a killer spring, was one of the most entertaining players in the game, and has one of the most fantasy benefitting offenses in college football. He had some struggles with injury and an absolutely brutal schedule last season… Not this season. Nebraska misses out on Michigan and Michigan State and adds a ton of young talent to the receiving game.

Martinez is a heavy runner and made some absolutely impossible passes last season. Nebraska loses Devine Ozigbo and possibly Maurice Washington leaving Martinez in a favorable spot to run the run game. If Martinez stays healthy, he’s a potential 400+ point player at the end of the season.

The only two quarterbacks to outscore him were Kyler Murray and Dwayne Haskins and those guys needed a whole season to do it. King gets one of the most underrated coaches in college football in Dana Holgersen and his top three receiving targets from 2018 in Marquez Stevenson, Keith Corbin, and Courtney Lark. King is not only the top returning quarterback but the top quarterback for 2019 and should be the first passer off the board universally this season.