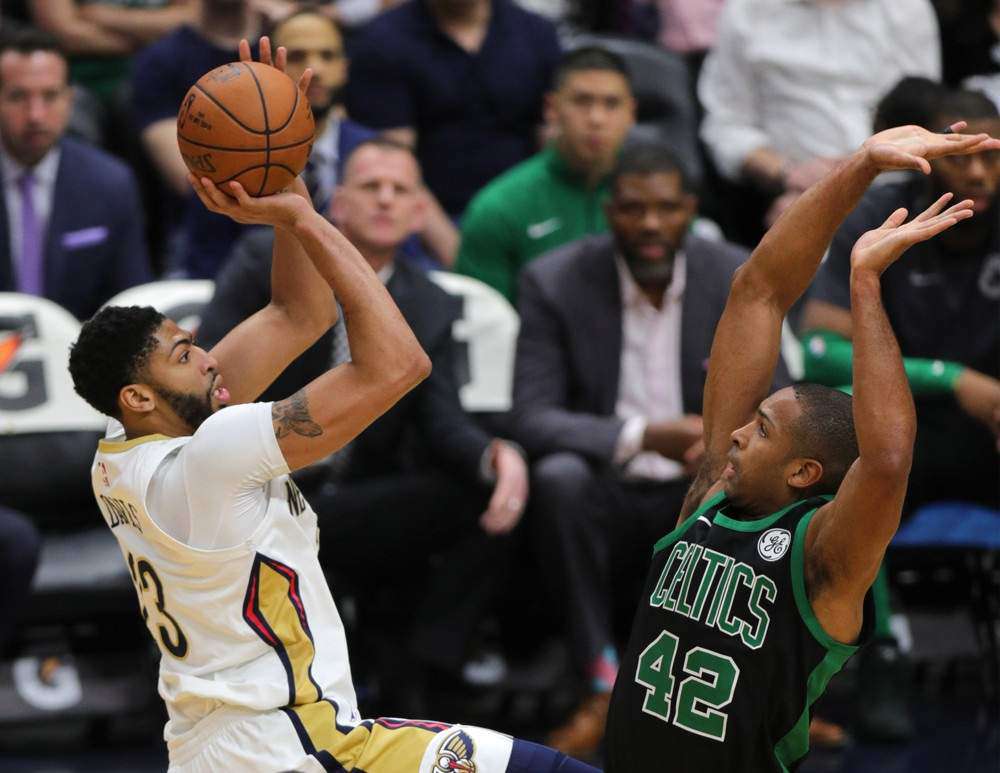 After making myself a bowl of oatmeal, I went to log in and set my center rankings for the first time this off-season. I looked over the default top 10, and surprisingly enough I agreed with the placement of nearly every single player.

Anthony Davis might be the consensus No. 1 overall pick in 2018-19, if you can stomach the nightly leg tweaks and back bruises, so his place atop the centers rankings is appropriate. He’s followed by Karl-Anthony Towns, Nikola Jokic, and Joel Embiid.

I don’t think center is a place where fantasy basketball owners need to get cute, at least when it comes to the top 10-15 guys. After the first few tiers of the center rankings you can start to get a little frisky, though.

Centers 15 through 20 make up an interesting group at the position. I have the vastly improved Steven Adams at No. 15. Adams led the NBA with 5.1 offensive rebounds per game, trailed only Andre Drummond with 1.2 steals per game at the position, and was fifth among qualified centers with a 62.9 FG%. Even with Nerlens Noel joining him in OKC, Adams is severely underrated.

Hassan Whiteside, Enes Kanter, John Collins, Brook Lopez, and Jarrett Allen round out my top 20 center rankings. I fully expect Collins and Allen to make second-year leaps, and Lopez is another center being overlooked despite a much rosier outlook now that he’s left Los Angeles for Milwaukee.

You’ll notice I’ve placed DeAndre Jordan and Dwight Howard back-to-back at Nos. 23 and 24. There’s no denying their rebounding ability nor their high field goal percentages, but Jordan doesn’t really block a lot of shots anymore (career low 0.9/game in 2017-18) and both simply kill you in free throw percentage. If you’re in a punt-free throw build — something I’m not against at all — they jump into the top 15, but you simply can’t roster them and expect not to finish near the bottom of the standings in that category. It also nullifies any positive free throw shooting you get from your guards and forwards, reducing a six-category stud like James Harden, to a five-category player.

When you’re done with your research and draft prep, head on over to Fantrax.com to start or join a league, or play in one of our cash games, where the top three teams in each league win cash!

Monday Morning Rewind: A Week 2 Review of My Hits and Misses